This week we want to remember Zaha Hadid with some of her recent projects published on Domusweb. 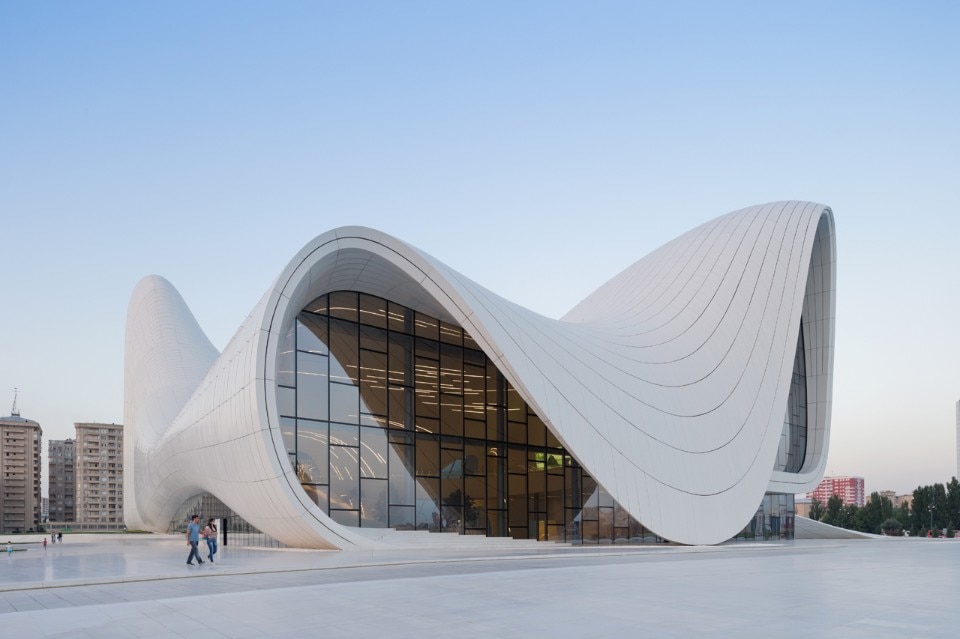 This projects’ selection gives an idea of Zaha Hadid’s research, even in the “smallest” objects.

– The Messner Mountain Museum Corones, designed by Zaha Hadid in South Tyrol, seems to come out of the mountains with its series of concrete canopies overhanging the valley.

– Dominion. A series of vertically stacked plates off-set at each level with connecting curved elements configures an interior where a play of stairs overlaps and becomes spectacular thanks to the contrasts of black and white and the light that penetrates zenithally.

– With its stainless steel facade that softly reflects natural light to echo the context, the Investcorp Building designed by Zaha Hadid expands the Middle East Centre’s library & archive and connects the existing protected buildings and trees.

– Zaha Hadid has designed a piece called “Silene cuff" in collaboration with the House of Aziz & Walid Mouzannar, a Lebanese fine jeweller.

– The minimalistic “snail” created for Mozart’s opera Così fan tutte, performed by the LA Philarmonic Orchestra, is careful not to upstage the actors dressed by Hussein Chalayan: remaining a static but striking platform for the actors’ power struggles.

– Designed for Me by Meliã Hotels, Crest is an experimental sculpture that tests new design and construction technologies applied to a material of minimal thickness.

– The Issam Fares Institute for Public Policy and International Affairs building by Zaha Hadid Architects at the American University of Beirut is a ‘floating’ concrete building conceived as a centre of interaction and dialogue at the heart of the university.

– The London Aquatics Centre is inspired by the fluid geometry of water in motion, creating spaces and a surrounding environment in sympathy with the river landscape of the Olympic Park.

– In spite of claims of clashes between old and avant-garde, a few weeks after the opening of the Serpentine’s sister Sackler Gallery by Zaha Hadid Architects, what we see when contemplating the classical building and its extension is the meeting of two kinds of power.