Starting from the seminal examples of Frank Lloyd Wright and Alvar Aalto, an original research line, alternative to functional modernism’s stricter doctrine, has inspired architects through the 20th century. 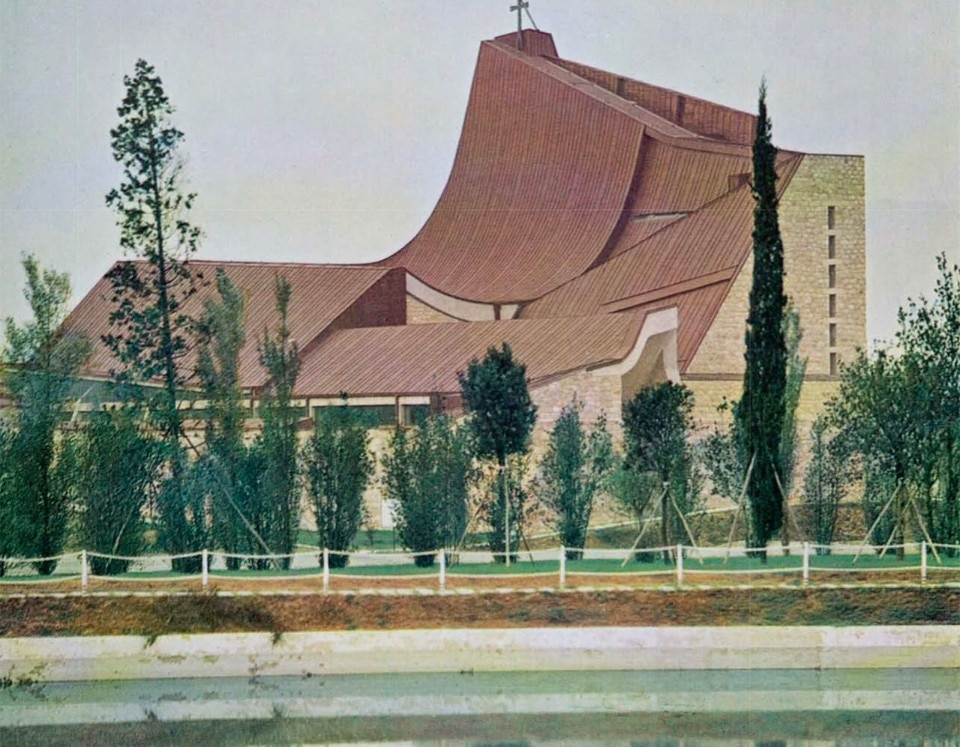 The “organic” adjective makes its appearance in the reflection on architecture at the beginning of the 20th century. More than anyone else, Frank Lloyd Wright (1867-1959) commits himself to defining the features of an organic architecture, as well as to applying them systematically in his built projects. He uses the term organic on countless occasions: for the very first time in 1908, in a famous article for Architectural Record in 1914, and again in Organic Architecture, a book from 1939 collecting the four lectures he gave that year at London’s RIBA – Royal Institute of British Architects.

Wright’s organic architecture is not simply an architecture of an organic shape. In the words of Kenneth Frampton: “Although it always escaped any precise definition, [organic architecture] seems to have eventually meant for Wright the economic creation of built form and space in accordance with the latest principles of nature as these may be revealed through the application of the reinforced-concrete construction”. Wright takes a critical stance on functionalism à la Le Corbusier: he embraces many of its assumptions, including the free plan and the structural use of concrete, but he rejects the glorification of machines and standardization.

Wright interprets his time’s technical evolutions (private cars, in the first place) as the occasion to image a radically different American society and city: the utopia of Broadacre City (1932), brought forward as an alternative to the traditional metropolis, envisages the dispersed urbanization of limitless territories. Here, an egalitarian and pacified society might thrive, based on an organic relationship between architecture and man-made nature. The most overtly organic of Wright’s project can be better understood in the frame of this broader vision: the Johnson Wax Administration Building in Racine (1937) and the Kaufmann House in Bear Run (1935), where the connection to landscape evolves into the actual interpenetration between the building and the existing waterfall.

At the same time, in Europe, another recognized master of architectural modernity develops an organic method to conceive architecture: Alvar Aalto (1898-1976). Whereas Wright aims at re-founding his native country (for which he coins the adjective “Usonian”), Aalto starts his career in the crucial moment of Finland’s independence from Russia (1917). Therefore, his interest in the environment, the more or less natural site where his buildings stand, continues a tradition which is specifically Finnish, or more generally speaking Scandinavian (a good example of this being Erik Gunnar Asplund).

Aalto’s anti-mechanist attitude in even stauncher than Wright’s, and his projects are configured based on original parameters, often overlooked by the supporter of a more rigorous functionalism: solar light and heath, natural ventilation, the acoustic properties of spaces, their occupants’ needs for identity and privacy. Such projects as the Viipuri Library (1927-1935) and the Paimio Sanatorium (1927-1934) are particularly representative of these preoccupations, while his later achievements, including the Villa Mairea in Noormarkku (1939) and the Säynätsalo Town Hall (1949-1952) highlight Aalto’s progressive shift towards traditional materials (wood, bricks).

Wright and Aalto stand as the initiators of an organic inclination that inspires architects all along the 20th century, also building on an incessant exchange between the two sides of the Atlantic Ocean. In America, two former collaborators of Wright’s prosecute and re-elaborate his teaching: Rudolf Schindler (1887-1953) and Richard Neutra (1892-1970), the author of the well-known Lovell Health House in Los Angeles (1927) and of the “bio-realism” theory. And as Aalto lands in the United States thanks to his project for MIT’s Baker House in Cambridge (1947), Wright’s thinking is widely disseminated in Europe. A pivotal figure for this process of cultural import, mostly in Italy but also in Spain, is historian and critic Bruno Zevi (1918-2000), the author of Verso un’architettura organica and the founder of the APAO – Associazione per l’architettura organica (both 1945).

Read also: Herb Greene was profoundly influenced by Frank Lloyd Wright's theories. His Prairie House was renovated to its former glory and opened for architecture nomads to stay in.

An organic approach can be recognized in the works of countless protagonists of the history of modern and contemporary architecture: a partial list include Giovanni Michelucci (1891-1990), who designed the Church of San Giovanni Battista in Campi Bisenzio (1960-1964), Hans Scharoun (1893-1972), the architect of Berlin’s Philharmonie (1956-1963), Josep Antoni Coderch (1913-1984), Jørn Utzon (1918-2008) and the visionary Paolo Soleri (1919-2013). The diversity of their respective paths witnesses how organic architecture has never solidified in the narrow boundaries of a movement, but has rather evolved in a sensitivity, transversal to places, epochs and architectural cultures.

In the words of Frank Lloyd Wright:

I would like to believe that a house must exist as a noble companion to men and trees. For this exact reason, a house must produce an impression of peace and grace, being harmonized with nature (…). We won’t outrage machines by making our homes too similar to them