“A standardised object should not be a finished product, but on the contrary be made so that man and all the individual laws controlling him supplement its form” (Alvar Aalto, 1935) 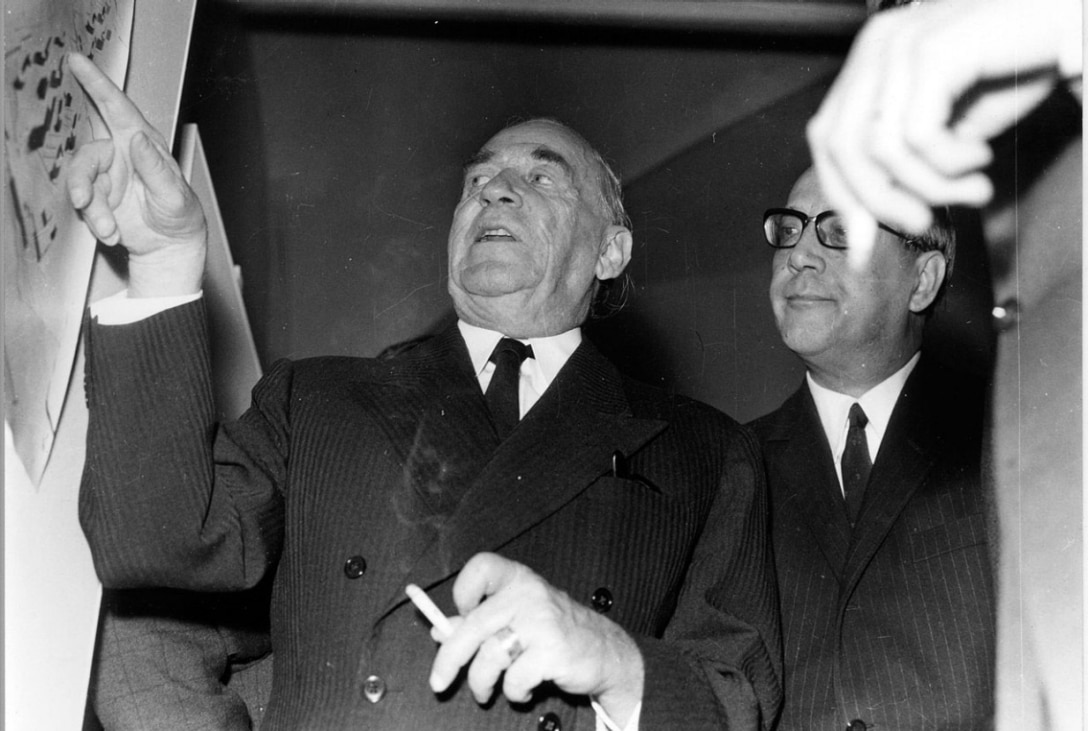 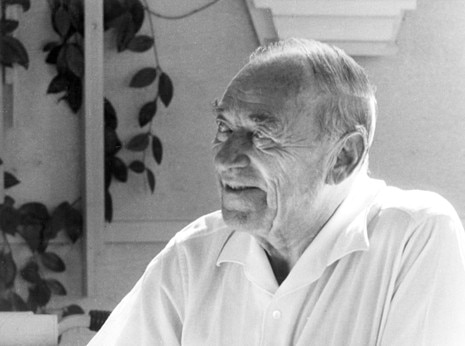 Alvar Aalto (1898-1976) was born in Kuortane, near Helsinki, on 3 February 1898. Considered to be the most important Finish architect of the 20th century, he was also a world-famous designer and urban planner, cited as one of the masters of the Modernist movement – although being of a younger generation than Le Corbusier and Mies van der Rohe – and the undisputed leader of European Organic Architecture.

He trained under the guidance of Armas Lindgren (a representative of Finnish Romanticism, who was to have some influence on the very first of Aalto’s designs), and travelled throughout Europe, acquiring extensive knowledge of contemporary trends in the architectural and artistic fields, and visiting a number of countries – including Italy – which were to leave a profound mark on his way of interpreting the city.

After graduating in Architecture at the Polytechnic of Helsinki in 1921, he opened his first professional studio two years later in the city of Jyväskylä (to then move to Turku), working both on design and architecture. Works of note from this period included the Jyväskylä Workers’ Club (1924-1925), in which he created a spectacular glass window decorated with images inspired by panels from the Sepulchre for Giovanni di Paolo Rucellai (by Leon Battista Alberti), and the church of Muurame (1926-1929), the first important reflection on the theme of similarity between the Italian and Finnish landscape.

Aalto was to write:

The Church of the Eremitani in the small town of Padua has a number of frescoes by Mantegna; in one of these, the landscape is predominant. It was this painting by Mantegna which led me to analyse the topography of Finnish cities. We also have hills, which at times are reminiscent of the sacred land of Tuscany.

This initial period also saw his first reflections on the theme of prefabricated housing and minimum dwellings, which were central in works such as the Standard Tapani apartments built in Turku (1927-1929) and the model furnishings presented at the “Minimum Dwelling” exhibition which took place in Helsinki in 1930.

While still very young, Aalto was very positively received by international critics when he designed and constructed the famous library in Viipuri (1927-1935), furnished – with the collaboration of his newly-wed wife Aino Marsio - with the famous stackable stools in curved wood (still produced by Artek, the furniture company founded by Aalto himself in 1935 together with the Gullischen family, for which he was to build Villa Mairea, a masterpiece from 1938) and the “Ibrida” chair, a single sheet of curved plywood forming the seat and backrest set on a tubular steel base.

Soon after, works began on the Paimio Sanatorium (1929-1933), which he used to experiment a number of theories on the themes of ergonomics and comfortable environments, examined not so much through the study of a generic modern man – standardised in proportions according to a model such as Le Corbusier’s modulor – but more of the end user for which the architecture and design were destined, with their effective needs. Thus, in Paimio, the armchairs of the same name, with their highly modern lines, did not have the by-then consolidated metal structure of Bauhaus origin, but rather wooden supports, because metal is cold and created discomfort when it comes into contact with the skin, and were curved, because curves (and not straight lines) are found in the natural and human world.

The sinks in the wards had particular shapes which were studied in such a way as to avoid the noise created by running water which could disturb the other inhabitants of the room, and the windows overlooking the surrounding landscape were positioned lower than usual, allowing bed-ridden patients to still be able to enjoy the panorama.

In this regard, the words of Aalto himself in describing the choices made for the Paimio chair are of particular interest: “The tubular steel chair is surely rational from technical and constructive points of view. It is light, suitable for mass production, and so on. But steel and chromium surfaces are not satisfactory from the human point of view. Steel is too good a conductor of heat. The chromium surface give too bright reflections of light, and even acoustically is not suitable for a room,” (1940).

Already world famous by the end of the 1920s, and a permanent member of CIAM, he later went on to also work in Zagabria, Vienna and Paris. In the French capital he designed the Finnish pavilion for the World’s Fair in 1937, followed two years later by that for the New York World’s Fair, which was dominated by a curved wall which leaned inwards and was decorated entirely in blonde wood, a visual reference to the sinuous form of the fjords, and with the use of a material which looked to the building traditions of his home land.

After the war, Aalto’s activity extended to the designing of entire urban areas (the construction of the city of Rovaniemi between 1944 and 1945; the cultural centre of Helsinki in 1959, the civic centre of Saynatsalo between 1947 and 1952; the Polytechnic of Otaniemi, 1955-1964), as well as regional projects (the plans for Imatra, 1947-1953). Between 1943 and 1958 he headed the association of Finnish architects, and between 1946 and 1948 he was visiting professor at the Massachusetts Institute of Technology in Cambridge, where he designed another very famous building, the dormitory known as “Baker House” (1947-1948), a sublimation of the use of brick which was soon to be taken to the limits of experimentation with the house built in Muuratsalo for his second wife, Elissa (1953).

Baker house in particular was an excellent representation of Aalto’s approach to design; a building which could have easily been the repetition of similar typical residences instead drew inspiration from its surroundings to become an extraordinary example of adaptation to an environment and the needs of all its users.  It is flanked by a river which becomes the backdrop towards which the small student apartments face, each of which has its own view and privacy. Aalto therefore designed the complex as a series of fragments set along a narrow distributive corridor, which then open in a fan-like manner, creating a sinuous façade. Each of the apartments has made-to-measure furniture and the theme of the fan was repeated a few years later when Aalto designed the building for the Neue Vahr apartments in Bremen (1958-1962), which however used prefabricated building techniques, completely different from brick.

In the words of British architect and critic, Kenneth Frampton:

Aalto belonged to the existential generation of Northern European intellectuals according to who, to use the words of Martin Heiddeger, ‘building, dwelling and thinking’ were considered an integral part of the same social-organic response to the conditions of existence