On May 26, the prestigious prize for lifetime achievement will be awarded to the prominent architecture historian and critic. 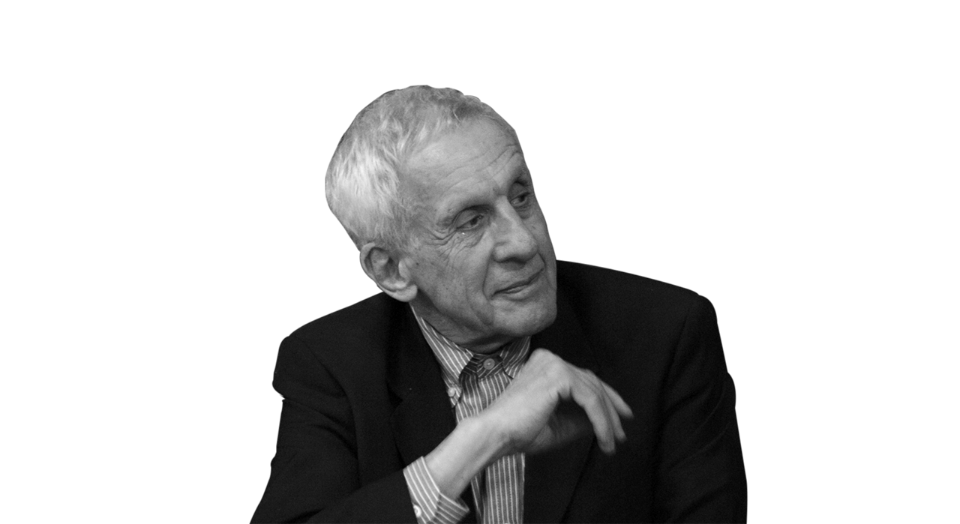 The very existence of one of the best architectures built in Italy since the turn of the millennium is largely due to a crucial opinion expressed by Kenneth Frampton. In fact, he was the director of the jury panel, also including Henri Ciriani and Angelo Mangiarotti, who endorsed a truly valuable design for what was at the time the latest extension of the Bocconi University, in Milan. Selected as a finalist for the Mies van der Rohe Award in 2009, the project eventually brought to the fore at an international scale a duo of Irish architects, whose fame until then was, all in all, quite limited: Yvonne Farrell and Shelley McNamara, from Grafton Architects.

Since then, the Bocconi University has been widely praised by critics, and Grafton Architects have pursued their rise to the stardom of worldwide architecture, getting to be nominated as curators of the upcoming 16. International Architecture Exhibition of La Biennale di Venezia. Upon Paolo Baratta’s, the President of the biennale, and their advice, this year’s Golden Lion will be awarded precisely to Kenneth Frampton, a “maestro” (Baratta) “of extraordinary insight and intelligence combined with a unique sense of integrity” (Grafton Architects).

Born in 1930 in Working, Surrey, Frampton studied at London’s Architectural Association before moving to the US in the Sixties. In 2017, while introducing one of his lectures at the New York Institute of Technology, architect Jon Michael Schwarting compared his influence on the field of American architecture criticism to the impact that the so-called British Invasion had at the time on the New World’s music, fashion and literature. Letting apart these hyperboles, Frampton’s work history doesn’t lack any of the “density” required to be a candidate to such a prestigious prize as the Venetian lion.

Official press releases by the Biennale, Wikipedia’s open-source authority and the biography presenting him in the foreword to the most recent edition of his book Modern Architecture. A Critical History qualify him as a professional of architecture, as well as an architecture historian and critic. Undoubtedly, the latter two are the fields where he invested most of his energies, and he is acclaimed mainly for these activities.

At least two of his works are must reads for every architect and architecture connoisseur: in addition to the aforementioned seminal history of modern architecture – first published in 1980 – it is worth mentioning Towards a Critical Regionalism: Six Points for an Architecture of Resistance. This essay from 1983 was released under much delicate circumstances, as critical categories on architecture where themselves put into question by the ultimate decline of the modernist dogma. It consecrated the relevance in the worldwide debate of “critical regionalism”, a phrase coined few years before by Alexander Tzonis e Liane Lefaivre. Well beyond the key moment of the early Eighties, Frampton has been able to keep a position of primary importance in the construction of the architectural discourse all along a much wider timespan: since the Seventies, when he took part into the foundation of Oppositions – the magazine of Peter Eisenman’s Institute for Architecture and Urban Studies, in New York – through the Nineties ­– in 1995 he publishes Studies in Tectonic Culture. The Poetics of Construction in Nineteenth and Twentieth Century Culture, putting the focus back on construction, as the flesh and blood of architecture ­– and until today – A Genealogy of Modern Architecture: Comparative Critical Analysis of Built Form dates from 2014.

We are witnessing the gradual disappearance of criticism from many spheres of contemporary society. What became of the function of architecture criticism?

He has been constantly active in the field of teaching, as well. His academic path unfolded at the best European and American institutions: since 1972, he is Ware Professor at the Graduate School of Architecture, Planning and Preservation of Columbia University in New York, but he also lectured at the Princeton University School of Architecture, the Royal College of Art in London, the ETH in Zurich, the Berlage Institute in Amsterdam, the EPFL in Lausanne and the Accademia di Architettura in Mendrisio.

Through his entire career, Kenneth Frampton has been relentlessly questioning both architecture and architecture criticism itself. Therefore, he clearly sensed the latter’s condition of crisis, which many have stressed in the last decade – just think about Martin Pawley’s anthology of writings, collected under the significant title The Strange Death of Architectural Criticism. In 2009, Frampton himself writes the following lines: “We are witnessing the gradual disappearance of criticism from many spheres of contemporary society (…). What became of the function of architecture criticism?”

Under favourable and adverse conditions, Kenneth Frampton’s authoritative stance remains an invaluable element of continuity, guidance and self-awareness for contemporary architecture. Through Grafton Architects’ words: “he stands out as the voice of truth, in the promotion of key values of architecture and its role in society”.