From Leon Battista Alberti to Casa Malaparte: the history of the stairs

Stairways are the most functional architectural element. Over the years, they have taken on different meanings – sacred, celebratory, or scenic, as in Baroque or Neoclassical Europe. 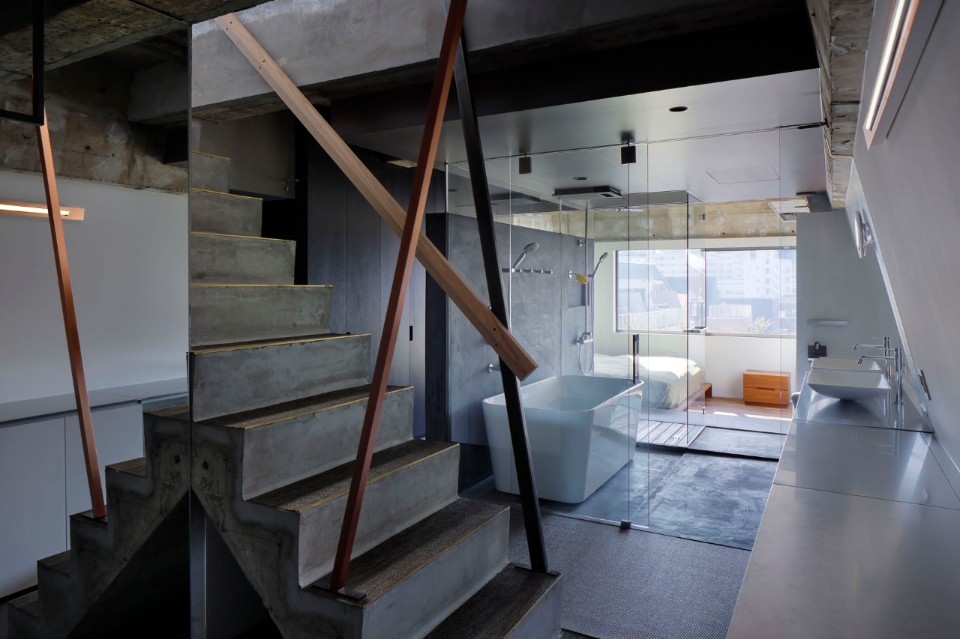 A staircase is a construction designed to bridge the distance between different parts or floors of a building or between a building and the ground. Created for practical reasons, it is not surprising that many texts by Vitruvius, Alberti and Palladio focus on the size, location, and proportions of staircases in buildings. Yet, over time, depending on the historical period and the type of building in which they're located, staircases have been interpreted as an architectural element that can take on different meanings. Among Pre-Hellenic civilizations in the Mediterranean area, for example, the staircase took on sacred, celebratory, scenic, and symbolic meanings, while Baroque or Neoclassical staircases were expressions of monumental splendour.

The twenty-eight books written by Friedrich Mielke (1921) gather many great European examples, show their distinctive features, and highlight texts that focus on staircases in the literary and artistic fields. At the 14th International Architecture Exhibition of the Biennale di Venezia, the research team of the Harvard University Graduate School of Design highlighted how, despite its important story, Leon Battista Alberti's saying – “the fewer the stairs in a building and the less room they take up, the less of an inconvenience they will be” - proved to be prophetic for the modern day: staircases today are running the risk of disappearing because they are considered to be unsafe, and they often take on a decorative or design function. And yet, even the contemporary world can boast examples of staircases conveying different meanings in relation to the buildings and the human and cultural landscapes in which they are located. There are exceptions, then, that confirm the rule and give “meaning” to the stairs.

At Casa Malaparte, for example, “a site only for strong men and for free spirits, where nature expresses itself with a cruel and incomparable strength”, the staircase, just like Greek theatre caveas, is intended as a device to stimulate the poetic imagination of those contemplating the landscape. The “stairway-theatre” of the house on Punta Massullo, attributed to its owner, whose premises create thick webs of meanings intimately linked to the comparison between architecture and nature, to the architecture of theatres, to the characteristics of the landscape, and to Malaparte's memories (the stairway of the church in Lipari), is a tribute to a profoundly classical landscape, whose contemplation recalls the “high and pure world that lives in the poetry of the ancients”.

The staircases inside the independent, geometrical “spatial capsules” of the Yale University Art Gallery (Connecticut, 1951-53) or the Library of the Yale Center for British Art, in New Hagen (Connecticut, 1969-74), are an expression of a kind of architecture conceived in the wake of the Roman tradition. In the years of the rise of the International Style, Louis Kahn's staircases enclosed within volumes, mostly cylindrical-shaped and lit from above, indicate the interpretation of the movement of people within buildings as a succession of ritual acts.

The red stairwell in House VI (Cornwall, Connecticut, 1975) does not lead anywhere.
Committed to freeing architecture from considerations of use and context to find “an architecture that matches the modern man”, Peter Eisenman uses Noam Chomsky's transformational grammar as the main reference for his work and investigates the mechanisms of architecture as if it were a language. The red stairwell in House VI is not a staircase, and it perfectly matches the house described in the same period by William H. Gass: “The world of this house was Copernican. Its spaces did not flow from me as though I were their source and center. Its surfaces were not the limits of my sight and movements, places for paintings, shepherds of privacy, backgrounds for my furniture, the floor wasn't there for my carpets, nor to reassure me that I am safe in a solid and terrestrial surface”.

The qualities of certain staircases are based on the dialectic between inside and outside and aim at emphasizing their public dimension. The staircase in Sackler Gallery, at Harvard University (Cambridge, 1985), for example, is conceived as an architectural episode on its own, independent from the exhibition halls, whose walls are treated as if they were exteriors. To James Stirling, this staircase is like a “steeply inclined bazaar with overlooking windows, people talking and flanking activities. There will be the traffic of students en route to classrooms and the flow of the public visiting the galleries; it could be quite active, a sort of mini-bazaar”.
The staircase in the Bonnefantenmuseum (Maastricht, Holland 1990) is quite independent of the museum: it is very steep, not very comfortable, it is defined by tall exposed brick walls, its glass roof is punctuated by rhythmic wooden trusses. Linked to the Gothic world and, as Aldo Rossi says, to Shakespeare's taverns and Conrad's wobbly characters, this staircase is also similar to ancient Dutch traditional staircases: walking up this staircase one feels to be “elsewhere” and time is suspended.

The staircase in baukuh's House of Memory (Milan, 2013-15) is monumental and oversized. Its size, shape, and colour, and the fact that its steps are the same colour as those in the Milan underground, emphasise its status as a public element providing access to the building's upper floors. For some, this staircase finds its antecedents in Bramante's helicoidal ramp in the Belvedere Court at the Vatican palace, for others in the great spiraling ramps of the San Siro stadium, and for others the role of the staircase in the Laurentian Library. To Baukuh, it emphasises the public value of the staircase in warehouses and urban buildings for public assemblies, such as Orsanmichele in Florence, Kornhaus in Bern, or the Scuola Grande di San Rocco in Venice: this staircase is an architectural element which recalls and weaves together relations with staircases of other times in harmony with the character of a building, the House of Memory, which stores documents that keep alive the memory of a key moment in Italian and European history, that of the Resistance and Liberation.

The staircase of the Tulou tower in Lantian (China, 2019) is a prototype developed by Rural Urban Framework together with students from the University of Hong Kong and the Hong Kong Design Institute on the occasion of the renovation of the tulou, to be transformed from an old for collective living into a kindergarten. This staircase, made with traditional Chines building techniques and materials, shows a design activity that goes against the trend of the urbanisation processes that China is currently undergoing: it valorises indigenous building cultures, implements community activity, and signals a counter-trend development model aimed at respecting the environment and valorising ways of life that run the risk of disappearing. Built behind a protective wall originally intended for defence, the staircase transforms a small window into a new access point, and its generous funnel shape invites people to sit down and use it as an amphitheatre over the courtyard.

This interpretation of the staircase as a public meeting place, as an informal space for confrontation, and from which to look and be looked at, distinguishes many recent interventions of reconversion of the existing building. At the Strelka Institute for Media Architecture and Design (Moscow, 2013) or the Tai Kwun Centre for Heritage & Art Hong Kong (China, 2006-18), for example, the staircase's position in relation to public space is more crucial than its construction or formal characteristics: in a school where reality is the most important text rather than books or theories, or in a cultural centre designed to revitalise a purely residential context, large staircases mark informal spaces dedicated to meetings and spontaneous events.
When artists focus their attention on staircases, it becomes an opportunity to highlight meanings and questions linked to the contemporary human condition. And indeed, the symbolic meaning of the staircase, historically linked to the imagery of moral, cognitive, or spiritual elevation, is now being redefined.

The installation 15 Steps to the Virgin (Venice, 2011), for example, is a sample of stairs that lead nowhere, thus showing their nature as precarious stages. These stairs rewrite the theme of the “Virgin in the Temple”. That sumptuous ritual linked to the feminine walking down a staircase, which has been the subject of various interpretations by Tintoretto, Giotto or Titian, for Monica Bonvicini has now become shaky and, often, especially in Italy, the object of spectacularization. Rachel Whiteread's works, on the other hand, talk about stairs through their absence: they are among the so-called dialectical images as defined by Walter Benjamin. It is the space we do not often pay attention to the emptiness of the basement, which becomes solid and monumental: made of cement and often rotated with respect to their normal position in space, Stairs (1995) or Untitled Domestic (2002) trigger that feeling of perturbation that Anthony Vidler has highlighted in contemporary art and architecture. While Vittorio Corsini's works escape any form of monumentality and with their bodies made of an undefinable “material” such as glass, in the colour of the elsewhere, that is, blue, they underline how the symbolic character of the staircase, in line with the post-Foucauldian reading of the subject, today has become so fragile: Out of Use (2007) or Out of Reach (2007) allude to emergency ladders declaring their unusability and The Ladder (1997), a work leaning against a potted tree and used as a support for a gift, recalls the disappearing rituals of non-industrial societies.