The rich offerings for Fuorisalone from Rossana Orlandi

The new open-air area dedicated to the theme of the Green Economy, cosmopolitan design, the installation by Google and the new Aimo and Nadia BistRo. 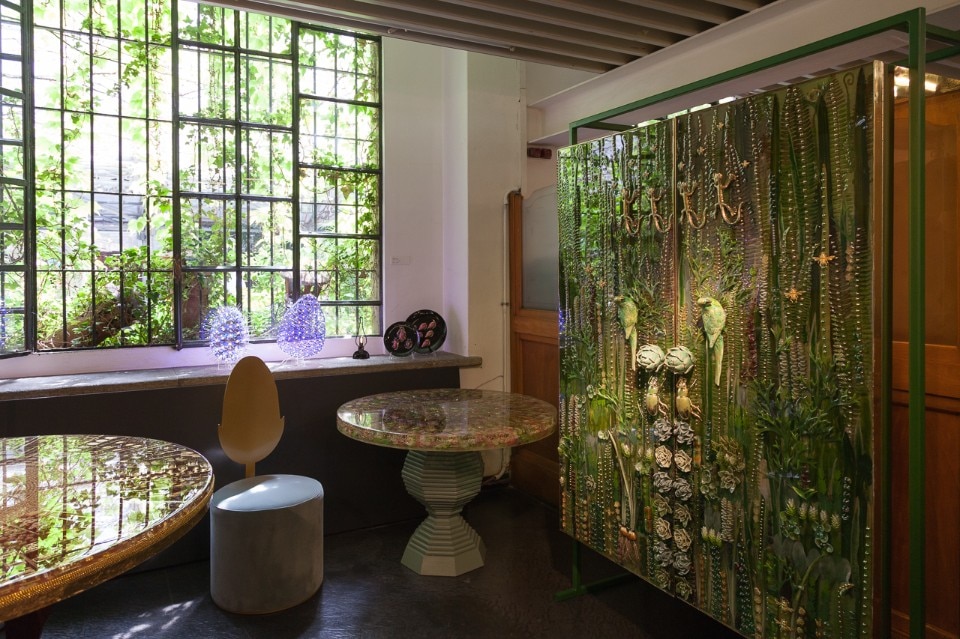 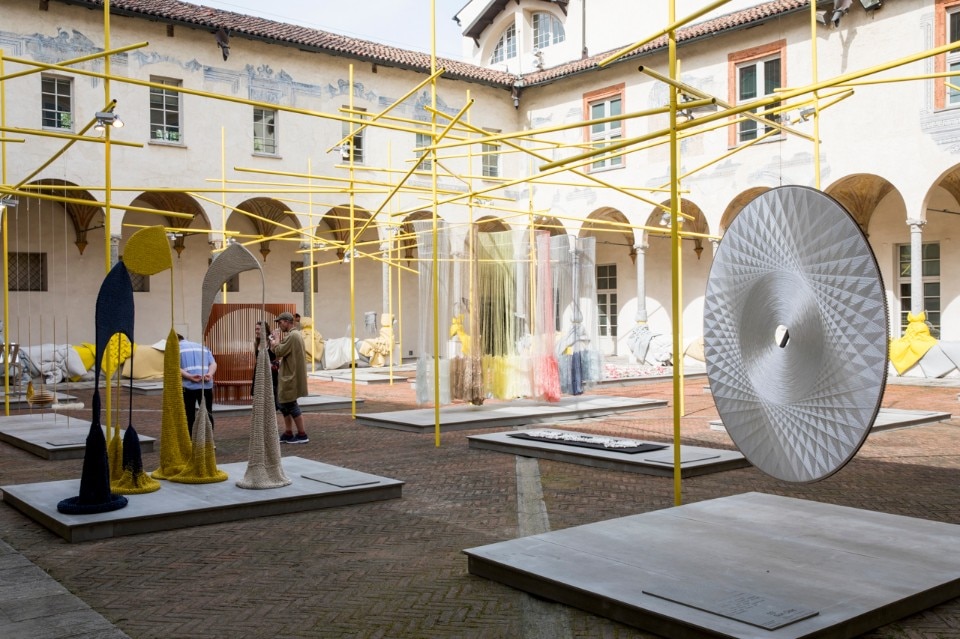 For years, the gallery-owner and talent scout Rossana Orlandi has shown her skill in transforming the space of the same name in Via Bandello into a platform for excellence during the Milanese Design Week.
As well as new collections by the brightest of talents, and prestigious collaborations, this year the design-addicted visitors to the ex-tie factory which was renovated in 2002 can explore an open-air zone focusing on the green economy. In the “conference room” set up for the occasion behind the gallery, the multidisciplinary project “Senso di colpa [guilt]” examines the theme of recycling and sustainable design, proposing a rich programme of talks, video screenings and exhibitions, which include works by Dirk Vander Kooij, Nucleo, Massimiliano Adami, Alessandro Mendini, Pentatonic, Alcarol, Duccio Maria Gambi, UET, Andreu Carulla and Ecopixel. For those, instead, who want to take a quick break from the frenetic pace of the Fair, the luxuriant central courtyard hosts the VIP Coffee Bar by Illy, with an installation by Jacopo Foggini.

An eagerly-anticipated debut for this edition of the International Furniture Fair, presented in the Rossana Orlandi Space, is the “Softwear” exhibition by Google. Located at the entrance is the all-womens’ project curated by the trend-forecasting guru Li Edelkoort, in collaboration with the Dutch designer Kiki Van Eijk. An ode to sensorial perception and the harmonious integration of technology into our everyday lives, the poetical and extremely delicate installation is the fruit of the vision of Ivy Ross (vice president of Hardware Design for the Mountain View giant). The three rooms to the left of the main courtyard display a series of tapestries designed by Van Eijk and produced by TextielLab, as well as a number of hi-tech products by Google including the Google Home speaker and the Daydream View VR visor, shown here in a series of mock-up domestic scenes.

The internal rooms of the gallery play host to a number of regular exhibitors: Alvaro Catalan de Ocon presents the new  “The Alhambra collection” and a large chandelier; the gallery owner Valerie Traan has created “Valerie Objects”, a salt and pepper set designed with Muller Van Severen, Nendo, Maarten Baas, Sigve Knutson and Studio Wieki Somers; the Lithuanian designer Germans Ermics who, following the success of his “Ombre Chair”, returns with new mirrors and screens; the Canadian Matthew McCormick with a new series of suspension lighting; Please Wait to be Seated with the new “Bondi” chair by the Australian Fräg Woodall and the “Tubby Tube” table by the multi-talented British Faye Toogood; the first collection designed by Ini Archibong for the London brand Sé; and last but not least, Guglielmo Poletti, a young talent discovered by Rossana Orlandi, who enriches his collection “Equilibrium”with a table, a chandelier and a seat..

Also of note is the installation by Altreforme, which celebrates its tenth anniversary of activity with “Raw & Rainbow”. Produced in collaboration with five emerging names from the Italian design scene (Antonio Aricò, Serena Confalonieri, Marcantonio, Alessandro Zambelli and Zanellato/Bortotto), the limited-edition collection plays with the dual material-purist and pop-ironic nature of the brand’s chosen material. Another must-see is the debut of the Lebanese designer Nada Debs, whose highly-emotive furnishings blend artisan techniques such as marquetry with a modern and fresh approach. One example is the “You and I” series of carpets, an initiative created in collaboration with the Fatima Bint Mohammed Initiative (FBMI), aimed at valorising the Afghan art of weaving and, as a consequence, improving the social conditions of the women of the country.

But that’s not all. Thanks to the new Aimo restaurant and Nadia BistRo, this year the Rossana Orlandi space also becomes a must-see for lovers of good food, who will be able to enjoy culinary delights by the Michelin-star chefs Fabio Pisani and Alessandro Negrini. The sumptuous interiors, designed by Rossana Orlandi in collaboration with the Italian fashion house Etro Home, skilfully combine vintage furnishings with works by Piet Hein Eek, Kiki Van Eijk, Mayice Studio, Hillsideout, Vudafieri Saverino Studio, Heewon Kim, McCollin Bryan, Emanuela Crotti, Germans Ermi and Nika Zupanc. Visitors are bound to be impressed.