Designed by Rio Kobayashi, the Easy chair Mikadokun and the table/stool Mikadochan are made of turned ash poles with pointed ends. Each piece is uniquely hand-painted in red, blue and yellow colours. 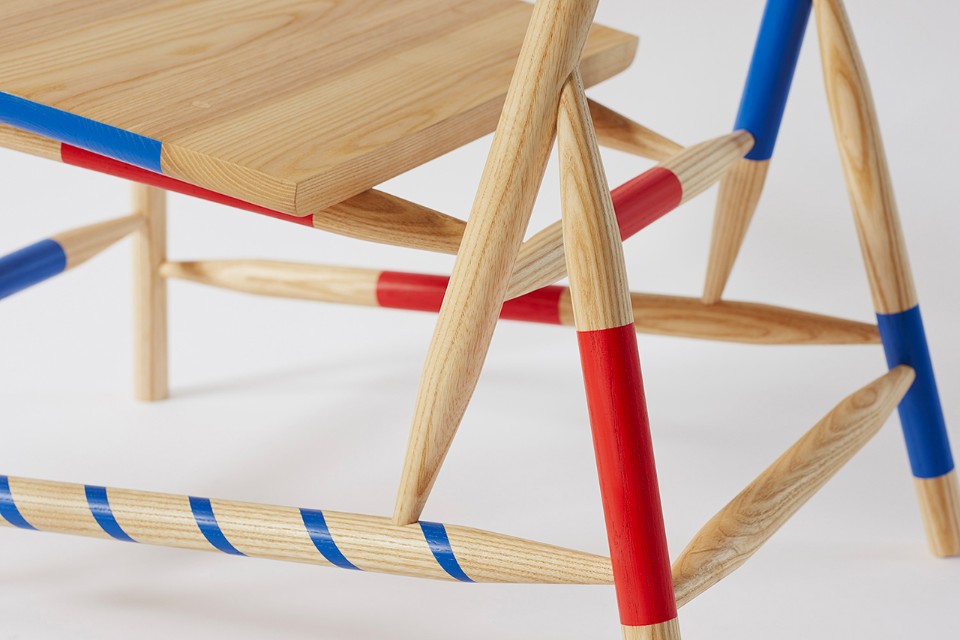 Maker/designer Rio Kobayashi created an easy chair and a table/stool inspired by the Mikado table game. This game is also known as pick-up-sticks and it is made by colourfully painted wooden sticks. The game seems to be Japanese but has its name and worldwide fame from a clever company which invented the name in the 20th century in Europe. Japanese people have mostly never heard of this game at all. Rio Kobayashi plays with clichés existing in the so-called East and West.

The highly personal pieces reflect much of his life. After growing up in Japan, he moved to Europe when he was 18. There he completed an apprenticeship in cabinet making and worked in international design studios. He worked and lived in Milan, Berlin, Innsbruck and Paris before setting his own workshop and studio in London in 2017. His experiences from childhood on showed him that clichés about cultures are often wrong. He met many different people on his way and always found it interesting to switch between languages and cultures. The Mikado series was part of Rio Kobayashi’s first design show EastWest in London.