Marvel, icon, shock, enigma: histories and news about the most visited monument in the world, seen through the lens of four key-words. 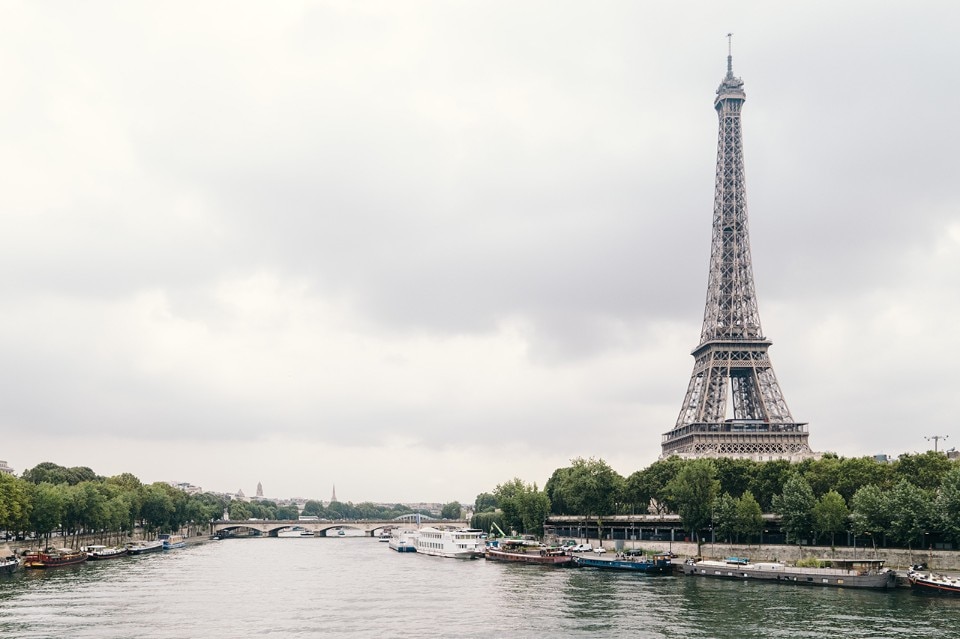 Marvel
The introduction of iron and its alloys in the building industry, in the 18th and more extensively in the 19th century, resulted in a generation of marvels of engineering and architecture. These were innovative scaffoldings, dry-mortarless constructions which combined the use of groundbreaking techniques with the adoption of new formal solutions. The 19th century was, in fact, the age of grand bridges, of spectacular greenhouses, of boundless pavilions and monumental railway station canopies. The continuous refinement of structural calculations allowed to span over ever growing distances, and to reach more and more dizzying heights. In 1889, engineer Gustave Eiffel climbed the 1,710 steps leading to the top of the tower named after him, recently completed in the center of Paris, on the banks of the Seine. Eiffel was carrying the French flag with him, and he was singing La Marseillaise at the top of his lungs. Just as athletic as he was a patriot, he was aware that he designed for his nation the most impressive of all iron marvels, a graceful, 324 meters high pylon, bound to remain unmatched for its size and fame. In fact, by that time steel was already becoming part of yet another history. High-rise office buildings were densifying such cities as Chicago and New York, the episodes of the ordinary urban fabric of the full-fledged capitalist American metropolis, and the ancestors of 20th century skyscrapers.

The 1889 Paris Universal Exhibition seen from a balloon. Source © Wikicommons

The Eiffel Tower on the occasion of the Bastille Day, July 14th. Photo © Yiwei on Unsplash

The 1889 Paris Universal Exhibition seen from a balloon. Source © Wikicommons

The Eiffel Tower on the occasion of the Bastille Day, July 14th. Photo © Yiwei on Unsplash

Icon
It is a well-known fact that the Eiffel Tower was built for a Universal Exhibition. It transformed over time from the great event’s temporary icon to a permanent symbol for Paris and for France as a whole. Its story is quite similar in this regard to other one-off architectures conceived for the exhibitions, starting from Joseph Paxton’s Crystal Palace in London, from 1851. Fate, though, was way more unkind to the latter: moved and modified right after the fair, it burned down once and for all in November 1936. In 1976, fire also melted the plastic dome – today reconstructed – of the Biosphere, the surprising geodesic structure designed by Buckminster Fuller for the US participation to Montreal ’67. This is probably the most heroic national pavilion of all times. On the contrary, the Atomium in Brussels has survived to the present without great impediments. Today the shiny but all-in-all small-scale atom of the European capital looks like an odd vintage object, removed from the city’s most vital hotspots and also declining as a tourist attraction. Bruxelles ’58, Montreal ’67, Osaka ’70, with Kenzo Tange’s metabolist Big Roof: these are the swan songs of an institution than since then has progressively downsized in its cultural value, as well as in its built representations. The Tree of Life at the Expo 2015 in Milan is, sadly enough, a contemporary Eiffel Tower: a miniature icon that favoured commercial kitsch over technological boldness.

Read also: Thanks to two wind turbines installed in 2015 120 meters above the ground, the Eiffel Tower is now be able to self-produce the electricity used by the commercial areas of the first floor.

Shock
Also not a secret, long before becoming an icon the Eiffel Tower was a shock. By the late 1880s, Paris had acquired the identifiable features of the Haussmannian ville ordonnancée, where just a handful monuments could exceed the maximum height that was imposed to all other constructions. In the industrial and bourgeois capital, which had recently adopted as its brand image the uniform, white stone façades of its boulevard, Eiffel erected the subtlest needle, made of 18 thousand steel pieces. While the working site was still in activity, a fierce debate raged in the intellectual circles and on the general press, making the tower one of the first modern buildings commented by a broadened public opinion, divided into different positions. And still this was just the beginning: all throughout the 20th century, Parisians would have to cope with other and possibly heavier traumas. Some were just imagined, for instance Le Corbusier’s Plan Voisin from 1925, a defiant suggestion to bulldoze the whole of the 4th arrondissement; some others were colorful, such as for Renzo Piano and Richard Rogers’s Centre Pompidou, whose construction the fearful newly-elected president Valéry Giscard d’Estaing unsuccessfully tried to stop last minute in 1974; some others were, again, relating to the topic of height, when the Tour Montaparnasse was planted right to the side of the namesake station in 1973 – curiously enough, it haunts since then the most beautiful view on the Eiffel Tower, from the Trocadéro’s belvedere; some others, to conclude, where “geometric”, if one can call that the appearance in the Louvre courtyard of I.M. Pei crystal-clear pyramid from 1989, and of its accompanying micro-pyramids.

Enigma
The Eiffel Tower is the most visited monument in the world: figures from 2019 report of about six million tourists per year, that is almost one person in a thousand inhabitants of the planet. Countless pictures of it have been taken, mostly taken from the same distant front perspective, and uncountable words have been written: to enumerate its several record-breaking features, to celebrate some relevant anniversaries, to seek out its copies scattered here and there. More recently, to describe the project for the redesign and the pedestrianisation of its surroundings, to be completed by Gustafson Porter + Bowman in time for the 2024 Paris Olympics. Besides all this, in early 2021 a rumor hit the headlines that Algeria would want it back, as according to some sources it is made of iron mined in the North-African country. The Eiffel Tower, though, hides its own secret: Eiffel had a private apartment for himself realized on its very top, under the pretext to use the premises for some studies on air resistance. Paolo Melis, who recounted this on Domus in 1981, had no doubt: “The true inspiration behind such a daring scheme was the unconscious desire to see the inhabited context of his own illustrious existence as an inventor removed at last from the terrifying, dumb desert of stoned in the labyrinth of history, and to be able to admire it, in splendid isolation, against the adventurous vastness of the cosmos alone.