“Cities are concentrations of physical, intellectual and creative energy. It is this ‘social and cultural’ dynamic, more than an aesthetic balance created by architecture, which in my opinion constitutes the essence of beauty”. (Richard Rogers, 1995) 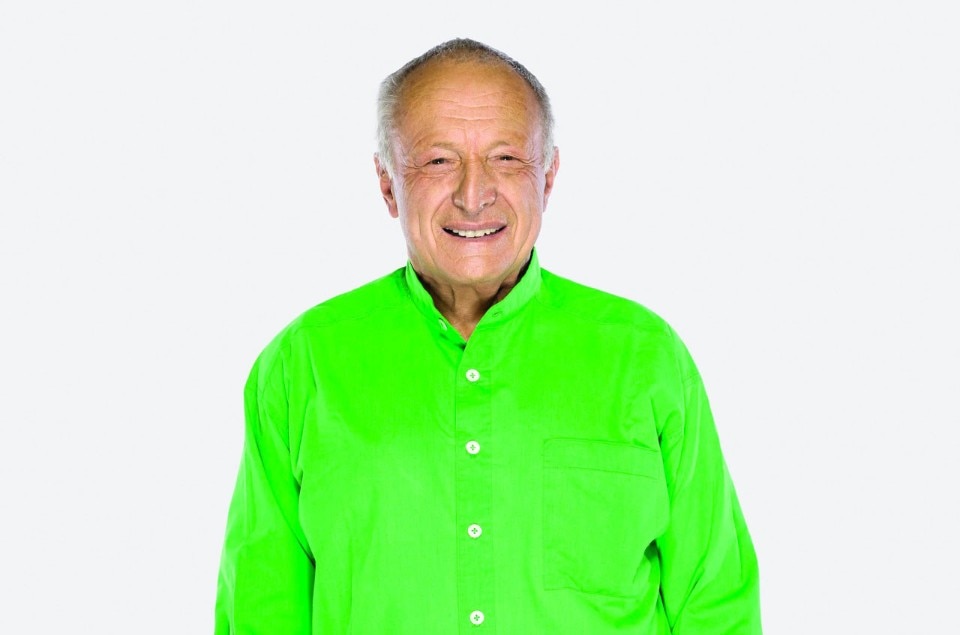 Richard George Rogers, commonly known as Richard Rogers, is one of the most important representatives of the architectural style of high-tech, as well as a self-declared disciple of a number of avant-garde design schools such as Constructivism, Futurism and Cubism. The interest of Rogers for technology originates from the teachings of Buckminster Fuller, Frei Otto and the English Archigram group, from which he inherited his vision of technique as a possible key to social evolution and improvement. Another fundamental element of his style is that architecture is seen as a flexible vehicle, capable not only of compensating inevitable obsolescence by allowing the easy removal of worn parts, but also guaranteeing forms of constructions which are capable of adapting to changes in use.

Rogers was born in Florence in 1933 to an Anglo-Italian family which soon after moved to England with the outbreak of the Second World War. Influenced by his interest in the figure of Ernesto Nathan Rogers, his father’s cousin, he decided to enrol in the department of Architecture at the Architectural Association, where he graduated in 1959 shortly before moving to Yale University. In the USA he met Norman Foster, with whom - between 1963 and 1967, together with Wendy and Georgie Cheeseman - he set up “Team 4”. The group was responsible for the design of the Reliance Control Factory in Swindon (1966-1967), a factory inspired by the lightness that was typical of American steel buildings, and one of the buildings chosen by the critic Peter Buchanan to illustrate the neologism “high-tech” which was coined in 1983. The term described works by young designers on the English scene at the time (including, as well as Team 4, Nicholas Grimshaw), whose characteristics of the exaltation of the construction process are seen as the only possible style for contemporary art and architecture.

Following the break-up of Team 4, Rogers met Renzo Piano, with whom he began to collaborate in 1970, and with whom he most unexpectedly won the international call for tender for the Centre Georges Pompidou in Paris (1971-1977): perhaps the most iconic building in the history of contemporary museums, transforming the two young designers into key figures on the international scene. After the end of the partnership with his Genoese friend, in 1977 the Anglo-Italian architect founded the Richard Rogers Partnership (with John Young, Marco Goldschmied and Mike Davis), which was to change its name various times over the years to come.

In 1978, the firm won the contract for the Lloyd’s Building in London (1978-1986), characterised by the marked autonomy of its style in comparison to the urban context in which it was placed (as was also the case for the Beauborg in Paris). The building is structured around a full-height atrium - a theme which Rogers often returned to - which became the plaza onto which the internal microcosms of the offices looked, while the vertical distribution system and the technical conduits were placed on the outside of the main body of the building, both simplifying management and markedly characterising the architecture. This was a forerunner for the architectural theme of “inside out”. Rogers is one of the pioneers of the extrusion towards the city of structural or functional elements which are generally hidden, both to underline their importance and to free the interior of useless bulk. Lloyd’s is an extraordinary building, defined by Reyner Banham as “the new monochromatic and monumental version of High-Tech [...] a further stage in the ongoing epic of Late Modernism, the style that was supposed to die” (1976).

Ten years later, in Hammersmith - a district of London on the banks of the Thames - Rogers created another cornerstone of his work, the re-qualification programme for a disused area (1988-1990), which combined brand-new residences and areas gained from the functional recovery of a number of pre-existing industrial buildings (one of which was to become his studio).

This marked the beginning of a series of highly-prestigious works, including the extension of Marseilles airport (inaugurated in 1993), which returned to the theme of space, here covered by a light prefabricated system composed of umbrellas designed together with Peter Rice, Other examples are the European Court of Human Rights in Strasbourg (1989-1995), in which the various functions are set out in separate and clearly identifiable buildings; the extension of the Bordeaux law courts (1993); the INMOS factory in Newport, Wales (1979-1984), an iconic representation of the relationship between form and function; Terminal 5 at Heathrow Airport (1989-2016), with its undulating roof recalling the designs by Alvar Aalto for the Viipuri library and for the Finlandia Hall in Helsinki. Of these projects, the Strasbourg Court is perhaps most suited to describing a certain distancing from the pure high-tech style of his early works. “A metaphor for an idea of ‘transparent’ justice - wrote Fulvio Irace in 1995 - the composition of Strasbourg welcomes the public in an incessant sequence of varying and interconnected areas designed as a clear contrast to the claustrophobic nature of the most important justice buildings. If it weren’t for the fear of sounding rhetorical, all of this could be called ‘Technological humanism’.”

In more recent years, Rogers designed Terminal 4 at Madrid Barjas Airport (inaugurated in 2005), an undulating structure which won him the Stirling Prize from the Royal Institute of British Architects; the design for the Maggie’s Centre in London and, on a smaller scale, the “Homeshell” installation, an ecologically sustainable home developed on three floors and presented on the occasion of the one-man show dedicated to Rogers, “Inside Out”, which was held in London in 2003.

In 1991 he was presented with a knighthood, one of the many honours presented to him in his long career.

In the words of Richard Burdett:

The position of Rogers in architectural debate cannot be defined in conventional stylistic terms. [...] his is a paradigmatic approach to environmental culture, which sets him apart from many contemporary architects. [...] His freedom from conventions, his exploitation of environmental potential and his use of suitable structural and energetic solutions are the fundamental elements of Roger’s “long life, loose fit, low energy