“The city is a place where exchange is physical and intense, rather than virtual. There is much talk about virtual culture, of newspapers being replaced by video, but the city remains the space in which to live together. When I imagine a city, I imagine it compact and dense, capable of generating intense relationships.” (Renzo Piano, 2006) 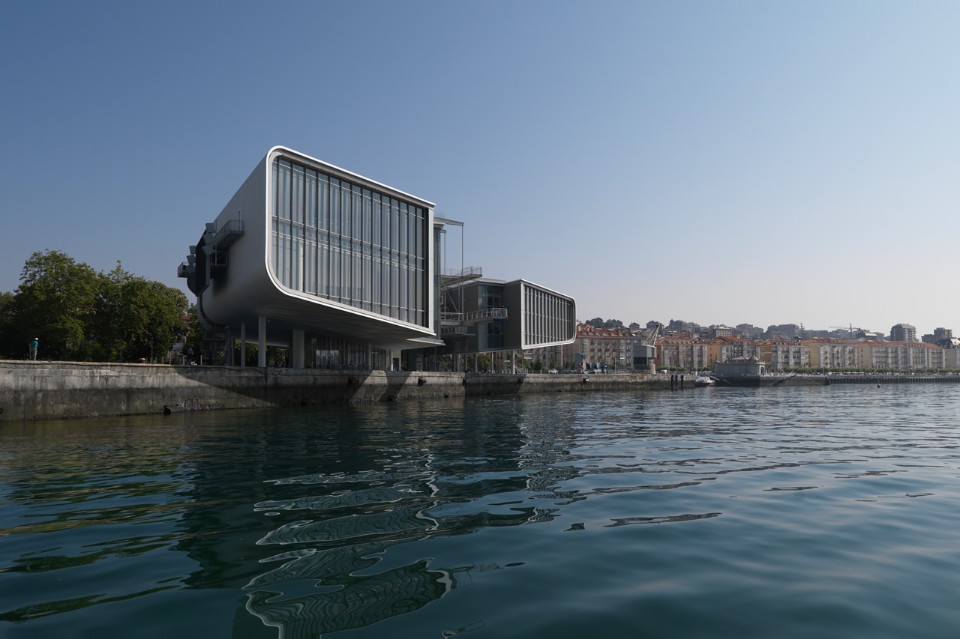 Renzo Piano – a key figure in international architecture for the last forty years – was born in Genoa in 1937, the son of a constructor, Carlo, who from a very early age introduced him to the practical aspects of the building trade.

He attended the School of Architecture at the University of Florence and the Politecnico di Milano, from where he graduated in 1964. However, his initial work experience took place while he was still studying, through collaboration with Franco Albini (1960-1964), a master of Italian Rationalism, who introduced him to the detailed study of architectural detail, as well as Marco Zanuso. In particular, his relationship with Albini is often described by Piano as a kind of inevitable appointment with fate. “I met Franco Albino in September 1960, in his studio in Via XX settembre, in Milan. [...] I explained that I had left Florence because it was too perfect a city, and because I wanted to work in his studio and in Milan, which as a city was obviously much less perfect. And that’s how it began”.

With regards to Zanuso, he remembers: “I had already graduated when I started working with him and for two or three years, I was his assistant on the course “The Morphological treatment of materials”, a course that he had invented in order to examine design without using the word itself. It was considered marginal, but it was very enjoyable, as it forced you to work on the physical reality of things. Zanuso taught me to have a hands-on approach to the design process”.

On completion of his Milan experience, Piano moved to the United States and, between 1965 and 1970, he worked with Louis Kahn in Philadelphia, at the same time forming a very close relationship with the Polish engineer Zygmunt Stanislaw Makowski (a pioneer in the application of so-called “space structures”), who had emigrated to London.

This very early stage of his career saw pioneering works in which he experimented with light spatial structures – shells –, made with very modern building systems which, at times, led him to test highly industrialised works, and which often brought Piano’s research close to that of his maestro – and friend – Jean Prouvé.

The innovative nature of buildings such as the mobile construction for the extraction of sulphur (built in Pomezia in 1966), the pavilion for the 14th Milan Triennale (1967, which never opened due to student protests) and the Italian pavilion at the Osaka Fair (1969), together with works such as his own studio built in Genoa (1968-1969) and the open plan homes in Garrone (1969) and Cusago (1970-1971), transformed the young designer into a very well-known figure form within the sector, but still unknown – if not actively disliked – by the majority of critics.

The peak of this period was the headquarters of B&B Italia in Novedrate, Como (1971-1973), which shared with previous works an interest for the construction of individual buildings which were highly technological and studied as though they were design objects assembled to bring life to the entire project. This is a way of working which still characterises Piano’s design style and which, since the beginning of his career, has led him increasingly towards a precise study of alternatives to the pre-packaged solutions offered by the construction sector. In this regard, Piano states: “I grew up with the legend of Otto Frei and Buckminster Fuller, and the idea that architecture is constructed piece by piece permeated my imagination, feeding an almost obsessive mania for creating prototypes; Albini, being a born artisan, also had this approach to design”.

In the meantime, in London, Piano met – among others – Richard Rogers, his first partner in “Piano&Rogers”. This was the studio, founded in 1971, through which the two unexpectedly won the international call for tender for the famous Centre Georges Pompidou in Paris (1971-1977). Moving to France, Piano set up one of the most discussed projects of the twentieth century, through which he and Rogers created the prototype for the museum of the end of the century. Irreverent and provocative, emblem of an unconditional faith in the future, the Beauburg – the name with which the building is commonly referred to – is “an urban machine without the bodywork”, volatile and changeable yet made to measure.

The individual, gigantic components of the structure were purpose-made by Krupp and the building, in total contrast to the historical district of Marais, penetrates the urban fabric, creating an urban plaza (which was to become a theme which Piano was particularly fond of). Thanks to the planetary success of the Pompidou Centre, and Piano’s particular interest in the theme, over the years the Genoese architect has designed countless museums, from the Menil Collection in Houston (1982-1986), via the Beyeler Foundation in Basel (1991-1997), the expansion of the Kimbel Art Museum of Kahn (1992-1995) and the High Museum in Atlanta (1999-2003), the Paul Klee Zentrum in Bern (1999-2005), right up to the recent MUSE in Turin (which opened in 2013).

The working relationship with Rogers ended at the same time that Piano joined up with the English engineer Peter Rice with the founding of the “Atelier Piano&Rice” (1977-1981), which was followed by the “Renzo Piano Building Workshop” (1981, and the name of his studio to date).

As well as museum spaces, an interesting part of Piano’s work is made up of many examples of re-qualification works for urban fabric, which can all be traced back to the Schlumberger renovation in Montrouge (1981-1984) and the project for the recovery of the Porto Antico in Genoa (1985-2001). This latter project was launched for the celebrations of the 500th anniversary of Christopher Colombus’s journey to America. Piano explains that “there is a common thread which unites this project to that of the Lingotto, of Otranto and of Burano. It is the development of a methodology for analysis and intervention on urban space. In its entirety, the Porto Antico is a disused factory, just like the Lingotto. The difference is that building did not take place over five or six years, but in a period which was a hundred times longer”.

The objective, which was reached, was the transformation of an ephemeral event (in this specific case the 1992 Genoa Expo) into the driver for the conversion and rebirth of the city. This was the same method that was applied for the work carried out on the Potsdamer Platz in Berlin (1992-2000), for the campus of Colombia University in New York (2000-2017) or for smaller operations, such as the building of the Banca Popolare di Lodi (1991-2001) or the Sole 24 Ore headquarters in Milan (1998-2004).

Differently, the common thread for many other operations is the relationship with water, an element which over the course of time has assumed an ever-increasingly incisive role, seen not as mere urban trimmings – the probable legacy of a picturesque ideal – but as an instrument with which to construct new landscapes, in which nature and artifice intertwine. It is a fascination which obviously originates from his beloved Genoa, but which Piano re-proposed for the NEMO in Amsterdam, the National Centre for Science and Technology built in the shape of a ship which seems to be moored in the port; for Kansai airport; for the Jean-Marie Tjibaou cultural centre in New Caledonia and for the Citè Internationelle in Lyon. “Water – maintained Piano – has an immediate and instinctive beauty, it has a universal value for expression, it is a material which transmits vibrations, it doubles images, and expresses the complexity of the vision”.

Receiver of the most prestigious international awards, Piano has taught as a visiting professor at the Colombia University in New York. the department of Architecture in Oslo, at the Central London Polytechnic and at the Architectural Association School in London.

His numerous awards include the Pritzker Prize (1998); the Wexner Prize (2001); the Gold Medal from RIBA – the Royal Institute of British Architects (1989) and the special 1992 cultural award from the Italian Prime Minister for the Italian Architecture section. He is also a member of the San Luca Academy (1999), Officier de l'Ordre national de la légion d'honneur (2000) and a lifetime Senator for the Italian Republic. In 2008 he won the AIA (American Institute of Architects) Gold Medal).

His most recent projects, as well as those currently under way, include the Whitney Museum in New York and the Paediatric Hospice in Bologna.

Piano regularly accompanies his architectural activity with contracts for design, particularly for interiors. These include the designs for “Zero Gravity”, the exhibition held at the Milan Triennale dedicated to the maestro Albini (2006). In the 1960s he also designed a now very rare record player for Brionvega, and more recently the “Diogene” housing unit.

In the words of Fulvio Irace:

At the age of seventy, Renzo Piano still seems to represent the “best of youth” from that eternal group of people who have the capacity of being so in love with the world as to revolutionise it. Even now, he seems genuinely amazed at the interest his work generates, and in May, when he spoke before three thousand students at the Politecnico di Milano, in the huge forecourt of the Bovisa Campus, he seemed more moved than when he was presented the Pritzker Prize - considered the Nobel for Architecture - by Bill Clinton in 1998 at the White House