“History is a curious instrument, the knowledge of which seems indispensable but, once obtained, not directly usable” (Vittorio Gregotti) 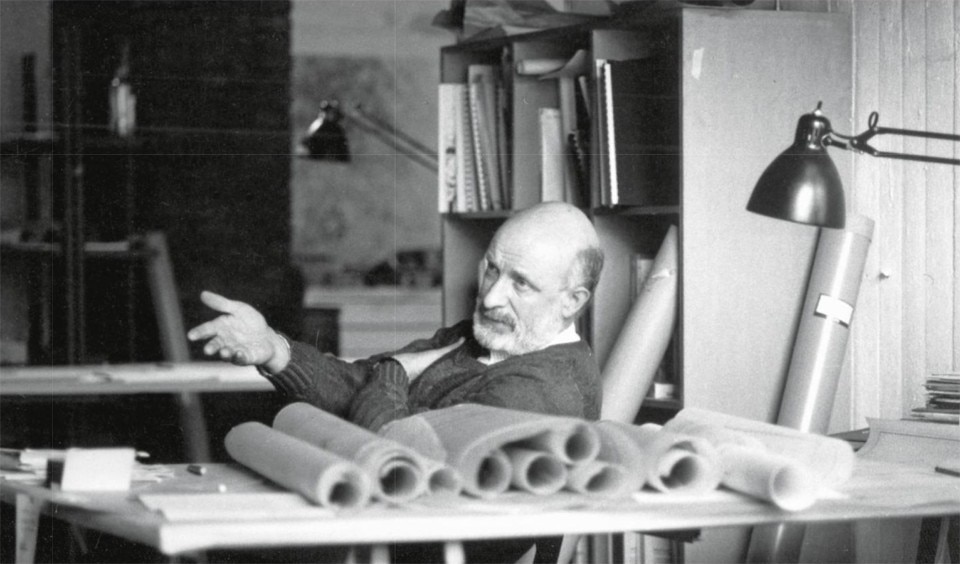 Vittorio Gregotti’s career (Novara, 1927-Milan, 2020) spans over more than seven decades of Italian and global architecture, starting in the immediate after war. Gregotti studied architecture at the Politecnico di Milano between the 1940s and the 1950s, a crucial age of questioning of the Modern Movement’s paradigms.

Even before getting his degree (in 1952) he participated in some relevant occasions of reflection on the discipline: he joined the MSA – Movimento di Studi per l’Architettura, founded in Milan at the end of the conflict, and he was present at the C.I.A.M. ­– International Congress of Modern Architecture in Hoddesdon (1951), as a student and a collaborator of Ernesto Nathan Rogers (1909-1969).

The young Vittorio Gregotti was trained in the first place in the cultural milieu gathered around Rogers and the magazine Casabella Continuità, which the latter directed between 1953 and 1965. Gregotti was at the head of the editorial board, also including such leading figures from his generation as Gae Aulenti (1927-2012), Giorgio Grassi (1935) and Aldo Rossi (1931-1997). Over the years, he would prove able to embody the figure of the architect-intellectual, as understood by his master Rogers, as much as, or even more rigorously than his colleagues.

In the 1950s he started to teach at the IUAV– Istituto Universitario di Architettura di Venezia, where he was called by Giuseppe Samonà, as fundamental as Rogers in fueling that time’s debate on architecture. In 1962 he published the first edition of Il territorio dell’architettura, redefining the reference scale for the discipline, and even more importantly the relation between the architectural object and the city, the territory and geography. It was the decade’s most important theoretical contribution, alongside Aldo Rossi’s L’architettura della città.

Between 1974 and 1976, he was the director of the Venice Biennale’s visual arts sector, which for the very first time, and on his initiative, also featured architecture. He continued his activity as a theorist and a journalist until the years 2010, in particular as Casabella’s editor-in-chief between 1982 and 1996, but also as a columnist on the general press (for instance on the Corriere della Sera).

Vittorio Gregotti opened his first office in 1953, with Lodovico Meneghetti (1926) and Giotto Stoppino (1926-2011). Several works by Architetti Associati Gregotti Meneghetti Stoppino belong in their own right to the short-lived Neoliberty movement. Even more than other buildings, the office complex in Novara (1959-1969) demonstrated their interest in renovating the language of architecture, by recovering an ornamental component dating back to the pre-modernist period. On the other hand, the three residential buildings realized in 1960s in Milan for the Società cooperativa un tetto stemmed from a technological experimentation on pre-casting processes, as shown by their elevations’ cladding panels.

Once dissolved this first partnership with Meneghetti and Stoppino, in 1974 Gregotti opened Gregotti Associati International. In the same decade he could finally deal as a designer with the scale of the territory, that he had been questioning theoretically in the previous years. The project for the University of Calabria, in the vicinities of Cosenza (1973-1979), following the designs for the University of Palermo (1971-1982) and of Florence (1971), was a mega-structural experiment built only partially and with several modifications. Gregotti delegated to the architectural form the task to sew and to order a territory devoid of any clear structure.

A similar strategy inspired the project for low-cost social housing in Cefalù (1976-1979), made of a sequence of linear and parallel dam-like building, crossing the valley upstream of the historic center. An ambitious and yet doomed project belongs, both chronologically and conceptually, to the same age: the Z.E.N. – Zona di Espansione Nord neighborhood in Palermo (started in 1969), entirely based on a grid, rigorous as it is stringent.

Between the 1980s and the 1990s, Gregotti clearly distanced himself from both the most historicist expressions of Postmodernism and from the up-and-rising Deconstructivism. Such projects as the public housing estate in the former Saffa area in Venice (started in 1984), the Marche Regional Government’s new office block in Ancona (started in 1987), the renovation of the Corriere della Sera’s headquarters in Milan (1988) and the Luigi Ferraris stadium in Genoa (1990), all shared the same boldly anti-spectacular approach. While devoid of outspoken vernacular hints, they still shied away from novelty and looked for a continuity with the long duration of architectural history.

The conversion of the Pirelli factory area at the Bicocca, in Milan, accomplished in more than 20 years starting from 1985, was certainly the most significant achievement of Gregotti’s career. He drew both the site’s masterplan and all but one building. Despite its controversial outcomes, the operation remains a pivotal episode of the history of Italian urbanism, in particular in regards to the country’s Northern metropolis delicate transition towards de-industrialization.

Outside of Italy, Gregotti was recognized in the first place as a theorist, also thanks to the several translations of Il territorio dell’architettura, and only later for his activity as a designer. He established tight links with the Porto School and his main protagonist Álvaro Siza (1933), as well as with the Ticino school and Mario Botta (1943). Amongst his main works realized abroad, the most remarkable are the Belém Cultural Center in Lisbon (1988-1993), an example of a successful use of the grid principle, and a “logical” one (in Giorgio Grassi’s understanding of the word), the Olympic Stadium in Barcelona (1985-1989), and the 20-year-long effort on Pujiang new town, in the region of Shanghai, started in 2000.

In Kenneth Frampton’s words (about the University of Calabria):

What is of cultural significance in this constructive/productive principle is the removal of the architectural object from the rigid polarities of current ideological debate, for it is at once equally distant from the positivity of the Populist and Neo-Productivist positions (…), and from the negativity of Neo-Rationalism