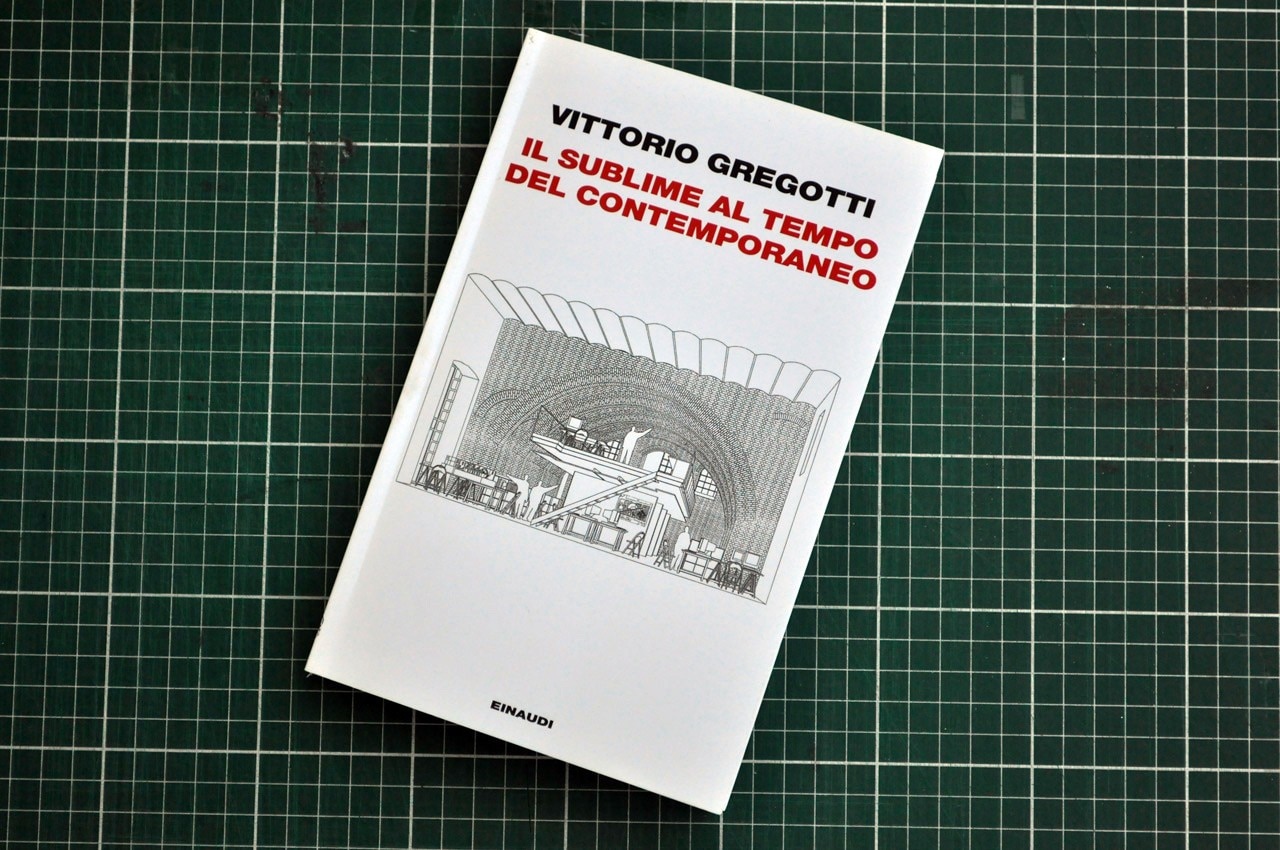 Gregotti is back in the bookshops with his latest book Il sublime al tempo del contemporaneo published by Einaudi. The architectural profession seems to have caught a virus that causes it to appear, participate and be present here there and everywhere, from talks to books, seemingly suffering from an eager obsession to establish its creed in words but then failing to live up to it in professional practice. A glance at a book’s contents page immediately explains an author’s intentions. In the case of this architect from Novara, memorable editor of Casabella and a student of Ernesto N. Rogers, we see key words that hark back in time, such as "Politics and architecture", "Postmodernism and critical realism", "Design and globalisation", "Future and utopia", "Wealth and power". The impression given is that of a theoretical testament that is, by Gregotti’s own admission, a collection of texts from the last 30 years, linked to talks and seminars – all centred on a relationship between politics and architecture, local and global, that is in serious trouble.

"These difficulties are clearly shown – writes Gregotti – by the architectural culture and powers-that-be’s lack of interest in the design of the city, the deteriorating public space and its progressive replacement with privatised “non-places”, the predominance of commercial competition in the construction of the urban image and, of course, the way the media-savvy architectural culture mirrors this status quo.".

Major discordance emerges, however, when we compare this endorsable criticism of the global architectural system with the projects produced by the Gregotti multinational the world over, from the planning of China’s new town of Pujiang to the regeneration of the Bicocca district in Milan. Despite the contradictions, if we are here reviewing yet another Gregotti book that, at least, contains a strong critical thought, it means we are surrounded by a superficial Italian contemporary architectural culture that raises no objections with the powers-that-be and is incapable of shouldering theoretical responsibility through critical writing.

After all, the current crisis in architecture has given us cities that are ever more slave to market demands and where the urban planner has been replaced by the property developer. In such conditions, the architect is simply the executor – not of an urban design process but of a financial policy that, once the funds dried up in the economic recession, halted the construction of new parts of Italian cities, as in the case of the Santa Giulia district in Milan, an example of the fragility of projects with no public utility.

"So, what is architecture? – Gregotti wonders contentiously – Profession, trade, the practice of a craft or simply the work of a service company (which and for whom it is harder to say but we are filled with suspicions)? How does European law define the work of architectural firms?" The answer lies in the inability of architectural and governmental institutions to delineate the architect’s duties, from the university (which is still churning out more architects than there are jobs) to the out of date law on Architectural Quality (a bill initially introduced by the first Prodi Government in 1998), passing via a radical reform of the professions of surveyors and engineers-architects, other very Italian anomalies.