“Tradition does not mean closure, immobility. Quite the opposite, the value of traditions is in being open to innovations. Tradition is not the opposite of innovation, it is complementary (…). It is impossible to make something entirely new” (Álvaro Siza) 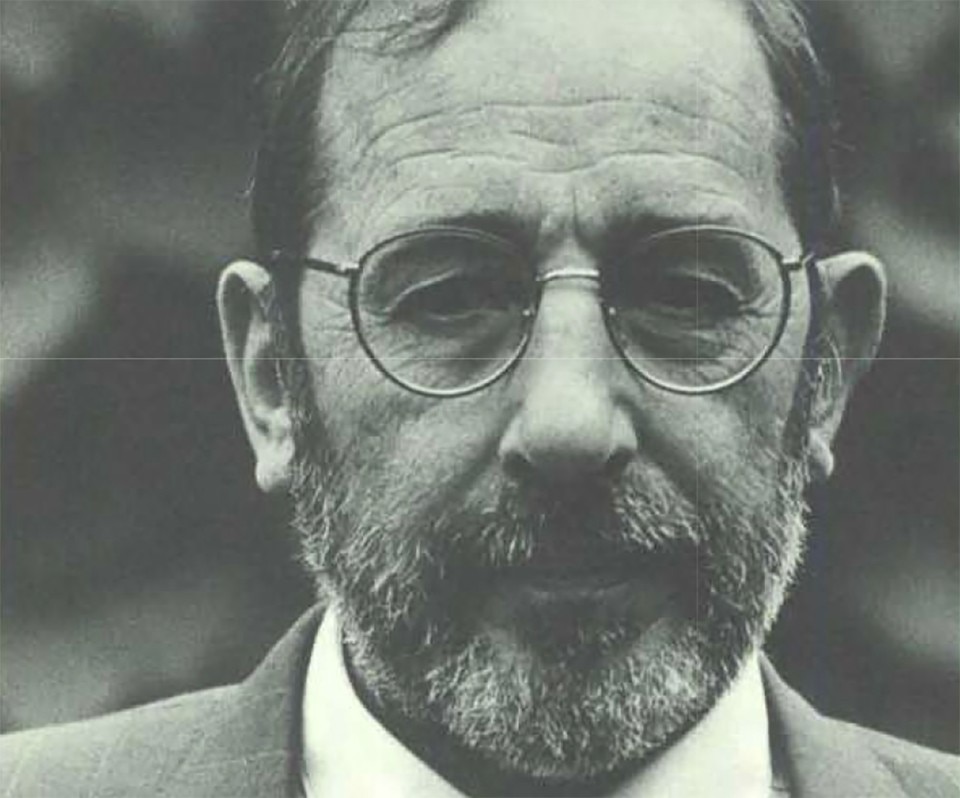 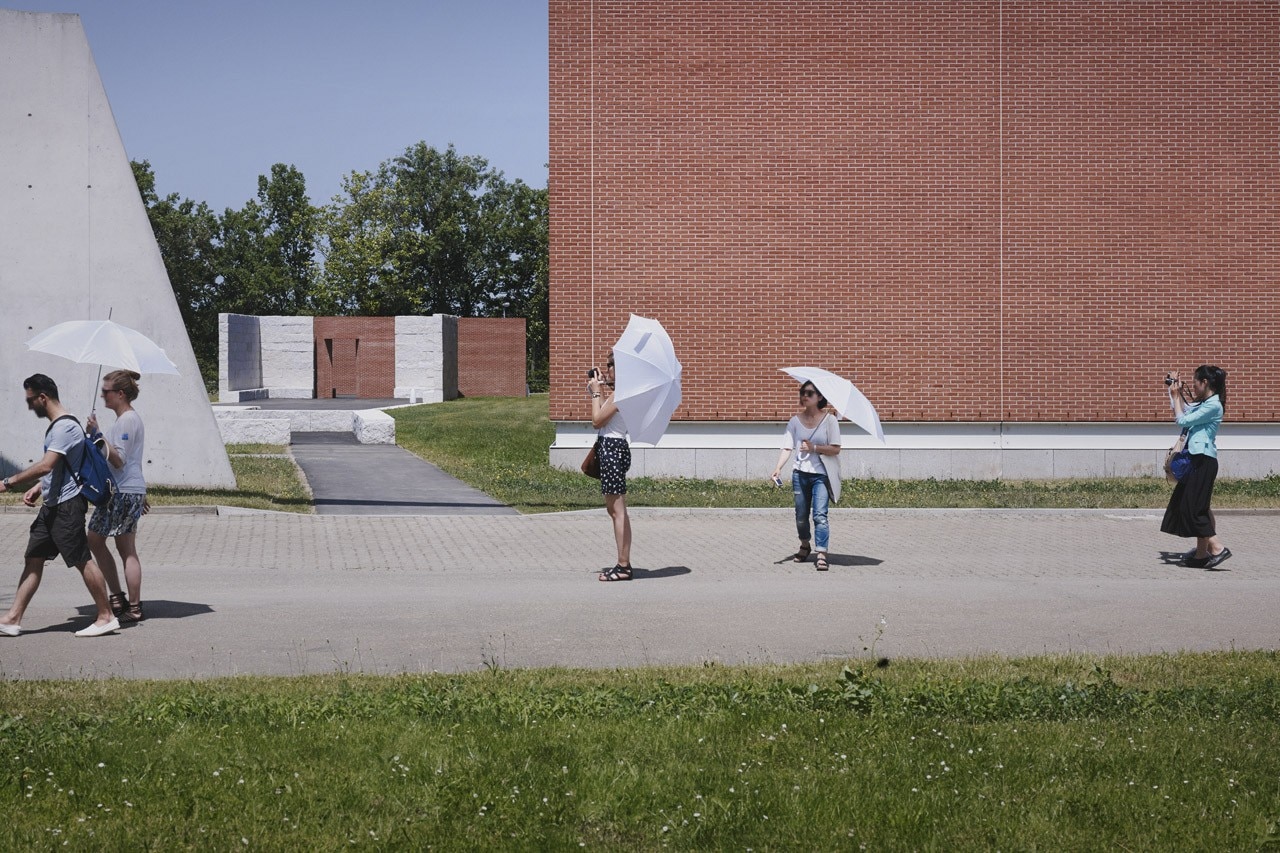 The career of Álvaro Siza (Matosinhos, 1933) can be framed, at least in its early stages, within two crucial transitions. On the one side, Portugal’s political transformations: his home country’s dictatorship progressively loosens its autarchic stances, also at the cultural level, to eventually dissolve completely in 1974. On the other side, in the architectural field and at a worldwide scale, Álvaro Siza participates in the general questioning of the Modern Movement, variously meant by its main initiators as its reject, revision or actualization.

Álvaro Siza was born in Porto’s suburbs. He graduates in 1955 from the local School of Fine Arts, which later evolved into the FAUP – Faculdade de Arquitectura da Universidade do Porto. Until 1958 he collaborates with Fernando Tavora (1923-2005), which is then engaging in an investigation into “an architecture which is at the same time Portuguese and modern” (Biraghi). Álvaro Siza’s work continues the line of research inaugurated by his master, but he more specifically focuses on the meaning of modernity, its declinations and its relevance (both cultural and formal) in the context of global postmodernism. Fernando Tavora, Álvaro Siza and their younger colleague Eduardo Souto de Moura (1952) are the three leading figures of the so-called “School of Porto”, linked by mutual affection and esteem, professional collaborations, and most importantly by shared design topics and approaches.

Read also: Álvaro Siza has donated his architectural archive to the Canadian Centre for Architecture and specific project archives to the Fundação de Serralves and Fundação Gulbenkian.

Kenneth Frampton’s history of architecture presents Álvaro Siza as an interpreter of what he defines as critical regionalism. While also drawing inspiration from French philosopher Paul Ricoeur, Frampton points out as, in the contemporary age, “we have to regard regional culture not as something given and immutable but rather as something which has to be cultivated self-consciously”, critically. The Boa Nova restaurant (1958-1963) and the Piscina das Marés (1961-1966), Siza’s first works, both on Leça de Palmeira’s seafront, are highly refined architectures where Portuguese vernacular, depurated from its ornamental features, meets the architectural modern, spoiled of any dogmatic purism. A third factor contributes to the positive combination between the two poles: landscape. All along his career, Álvaro Siza remains deeply preoccupied with the mutual and active relation between architecture and nature, and more generally with the link between the built object and its “circumstances” (its context, à la Tavora).

Between the 1970s and the 1980s, two watershed moments mark the evolution of Álvaro Siza’s work. Right after the establishment of the Portuguese democracy, he is involved in the SAAL – Serviço Ambulatorio de Apoio Local, a governmental program for social housing construction, which allows him to deal with a new scale and a new function. The complex of Bouça in Porto (1975-1977) and later the Malagueira neighbourhood in Évora (1977-1997) are morphological experimentations, focusing on the relation between the dwelling unity and the larger dimension of the urban infrastructure (a railway and an aqueduct, in these specific cases). Álvaro Siza argues that the opportunity of a new communitarian dimension can stem from the positive dialogue between the two scales, far from the traditional gathering spaces of the historical city.

Álvaro Siza’s full consecration on the international scene dates from the 1980s and the following decades, although being somehow anticipated in 1972 by Vittorio Gregotti’s and Nuno Portas’s essays on Controspazio. His architecture proves to be exportable and capable of interacting with different contexts than Portugal. This is best shown by the residential building in Kreuzberg, Berlin (1980-1984), deriving its distinctive nickname Bonjour Tristesse from the unexpected, and yet so typically Berliner façade inscription, as well as by the housing projects in The Hague (1988) and in Maastricht (2002).

Meanwhile, Álvaro Siza also intensifies his activity in Portugal: in Porto, he builds the School of architecture building (1986-1996) and the Serralves Foundation Museum (1991-1999), in Aveiro the University Library (1988-1999), in Lisbon the Portuguese Pavilion for Expo ’98, whose interiors are designed by Souto de Moura (1995-1998). Modernism remains a constant inspiration: Adolf Loos reappears in the School of architecture building’s asymmetric openings, Alvaar Alto in the organic curves of Aveiro’s University Library, the memory of the concrete engineering’s heroic age in the Portuguese Pavilion’s canopy. And yet all of these references are deeply reprocessed: they exist as fragments, forming part of an original architectural discourse. While based on its own internal order, the latter is punctuated by countless exceptions, contradictions, complexities, determined also by each project’s contextualization, and materialized neither with complacency nor with emphasis.

Read also: Álvaro Siza renovated the building that marked the beginning of his career, the Boa Nova restaurant, clinging to the rocks in Leça da Palmeira, Portugal.

In spite of the recurrence of certain solutions, Álvaro Siza’s architecture doesn’t evolve into a style: a cultural and methodological continuity, rather than a formal one, establishes a thread link connecting the multiplication of accidents in the interiors of the Galician Center of Contemporary Art in Santiago de Compostela (1988-1993), the solid monolith of Marco de Canavezes’s Parish church complex (1990-1996), the tormented sculptural volume of the Iberê Camargo’s foundation in Porto Alegre (completed in 2008), as well as the Anastasis church in Saint-Jacques-de-la-Lande (2018).

Álvaro Siza has been awarded almost all of our age’s main architectural prizes: the Pritzker Prize in 1992, the Royal Gold Medal for Architecture, delivered by the British RIBA, in 2009, and the Golden Lion Award for lifetime achievement at the 12th International Architecture Exhibition of the Venice Biennale, amongst the others. He also built a Serpentine Pavilion, in 2005, with Eduardo Souto de Moura and Cecil Balmond from Arup. Compared to his equally famous colleagues, though, his production is markedly less abundant, and more uniformly high-quality.

His tectonic architecture, made of masses with are volumes brought together in light, reminiscent of Le Corbusier’s, might have found its most poetic expression in the design of a void. In the frame of the restauration of Salemi’s historic center, hit by the Belice’s earthquake (1982-1998, with Roberto Collovà), Álvaro Siza also consolidates the ruined Mother Church, transforming it into a public space, which is as metaphysical as it is highly democratic.

In the words of Kenneth Frampton:

The hypersensitivity to the transformation of a fluid and yet specific reality renders Siza’s work layered and rooted (…). By taking Aalto as his point of departure, he has grounded his buildings in the configuration of a specific topography and in the fine-grained texture of the local fabric