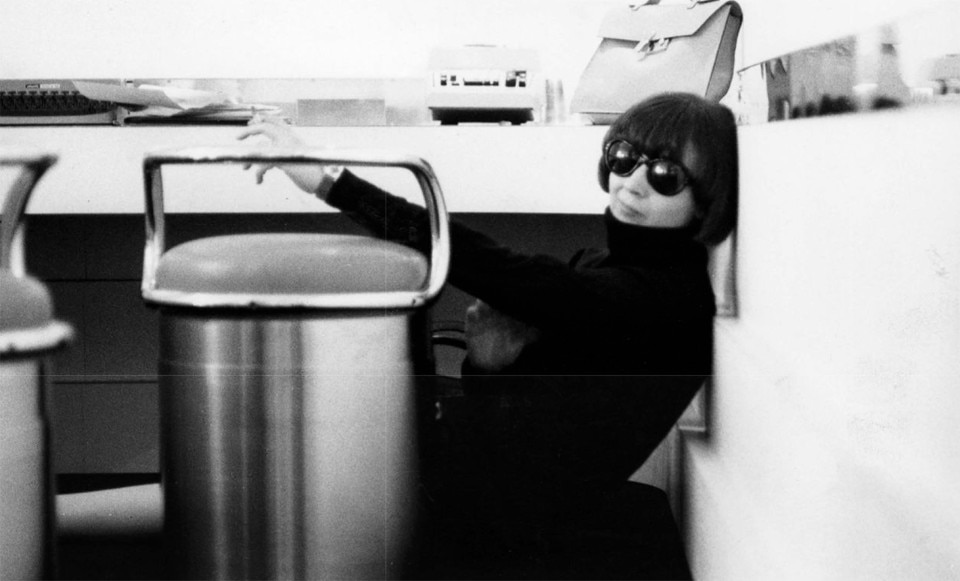 Gae Aulenti (1927-2012) started her career as a designer at a time of major evolution of Italian architectural culture. Right after getting her degree at the Politecnico di Milano (1953), she joined two of the main stages of theoretical elaboration of that age: the review Casabella Continuità, directed by Ernesto Nathan Rogers, where she remained between 1955 and 1965, and the IUAV – Istituto Universitario di Architettura di Venezia, where she worked since 1960 as Giuseppe Samonà’s teaching assistant.

Rogers’s Casabella was at the forefront of fostering a rethinking of the unambiguous, forcibly internationalist interpretation of the Modern Movement. Distancing himself from the masters of modernity, and even more from their later imitators, who reduced their ethical concerns to a mere style, Rogers turned to history and context (the “preesistenze ambientali”, which translates to “environmental pre-existence”) as the unavoidable references for a renovated architecture.

Read also: Remembering the influential Italian architect and designer Gae Aulenti, Domus turns to its archives and republishes two projects for Olivetti in the 1960s, chosen amongst the many occasions Aulenti's work graced the pages of the magazine.

In this context surfaced the so called Neoliberty movement, to which are usually associated a series of designers showing similar sensibilities and languages: Turin-based Roberto Gabetti (1925-2000) and Aimaro Isola (1928), Vittorio Gregotti (1927), with his partners Lodovico Meneghetti (1926) and Giotto Stoppino (1926-2011), and also Gae Aulenti. In the words of Marco Biraghi: “While the short but relevant ‘neoliberty’ period is usually mistaken and misinterpreted as a sensitivity and an interest in the values of collective memory, it was rather the attempt to trace alternative paths for a modern repertoire which was increasingly frozen in repetitive and predictable shapes”.

This is a reflection which perfectly applies to Gae Aulenti’s activity, as she declared to be “interested in building differences, rather than homogeneity”. From the zeitgeist of the late 1950s, Aulenti also drew her attention to the multiple scales of design, all participating in the construction of the living environment as a whole. Besides her several experimentations as a graphic designer, set designer (for instance for Luca Ronconi), she worked mostly in the field of product design, interior, restoration and public space design.

The most famous amongst the objects designed by Gae Aulenti is probably the Pipistrello table lamp (1965), produced by Martinelli Luce but originally conceived as a site-specific piece of furniture for Paris’s Olivetti shop. Adriano Olivetti, which also commissioned Aulenti his brand’s showroom in Buenos Aires (1968), and Gianni Agnelli, for whom she realized his apartment in Brera, Milano (1970), to later become in practice his family’s architect, are the two fundamental clients for the launch of her career, between the 1960s and the 1970s.

In the same period, she participated in a few large-scale exhibitions, which consecrated her as one of her time’s leading figures: the 13th Triennale di Milano (1965), dedicated to leisure and where she designed (with Carlo Aymonino and others) a part of the set up for the Italian section, and the landmark collective show Italy. The New Domestic Landscape, curated by Emilio Ambasz at New York’s MoMA (1972).

Architecture has the task to self-regulate in regards to its context. Which is not merely its physical context, but its conceptual one

From the 1980s, and through the following decades, Gae Aulenti’s career was punctuated on the one side by some objects, later turned into icons (such as the Tavolo con ruote from 1980), and on the other side by a sequence of renovations of historic buildings, mostly transformed into museums. The Musée d’Orsay (1986), inside the namesake station in Paris, is certainly her most renowned realization. The project is based on the dialogue between the ancient iron barrel vault, featuring a distinctive floral coffered ceiling, and the volumes of the new exhibit space, clad in light sandstone which enhances the light effects of the Impressionist paintings from the collection. The set-up of the Musée National d’Art Moderne at the Centre Pompidou in Paris (1985), the refurbishment of Venice’s Palazzo Grassi a Venezia (1986), also commissioned by the Agnelli family, and the design for the Museo Nacional d’Art de Catalunya in Barcelona (1996) date from the same age.

Between the 1990 and the years 2000, while she continued this sequence of museum (the renovated Scuderie del Quirinale opened to the public in 1999), Gae Aulenti engaged always more frequently in the realization of brand new buildings, such as the Italian Institute of Culture in Tokyo (2005), and in the design of public spaces, including the entrance to the station of Santa Maria Novella di Firenze (1990), the small San Giovanni square in Gubbio (2005), and the renovation of Cadorna square in Milano (2000), also comprised of the neighboring station’s new façade. With its several canopy, its oversized red pillars, the large fountain and the surprising Needle, Thread and Knot sculpture by Claes Oldenburg and Coosje van Bruggen, this Milanese piazza gathers in a consistent and exuberant ensemble design, architecture, urban design and art. Much beloved and yet fiercely criticized, it represents on many regards a compendium and an ideal arrival point (but not a chronological one) of Aulenti’s career.

Read also: “Gae Aulenti: A Creative Universe” opens at Vitra Schaudepot in February 2020, as a tribute exhibition which highlights her transversal talent, offering the chance to rediscover her less-known works.

In the words of Carlo Bertelli (about the Musée d’Orsay):

The Musée d’Orsay is a museum which is altogether conceived as the opposite of the Beaubourg: for its chronological approach, for the reference to French tradition, for the relation to the city, for the prominence given to the museum program and its subsequent rediscovery. One is admired by how all this is kept together down to the smallest detail, showing a confident, unhesitant posture