“I look for depth, sense, poetry, pleasure. That is what designing architecture today is about; it is not about stretching the city into places where it would not otherwise be. It is about starting from reality and then enriching it.”
(Jean Nouvel, Domus guest editor 2022) 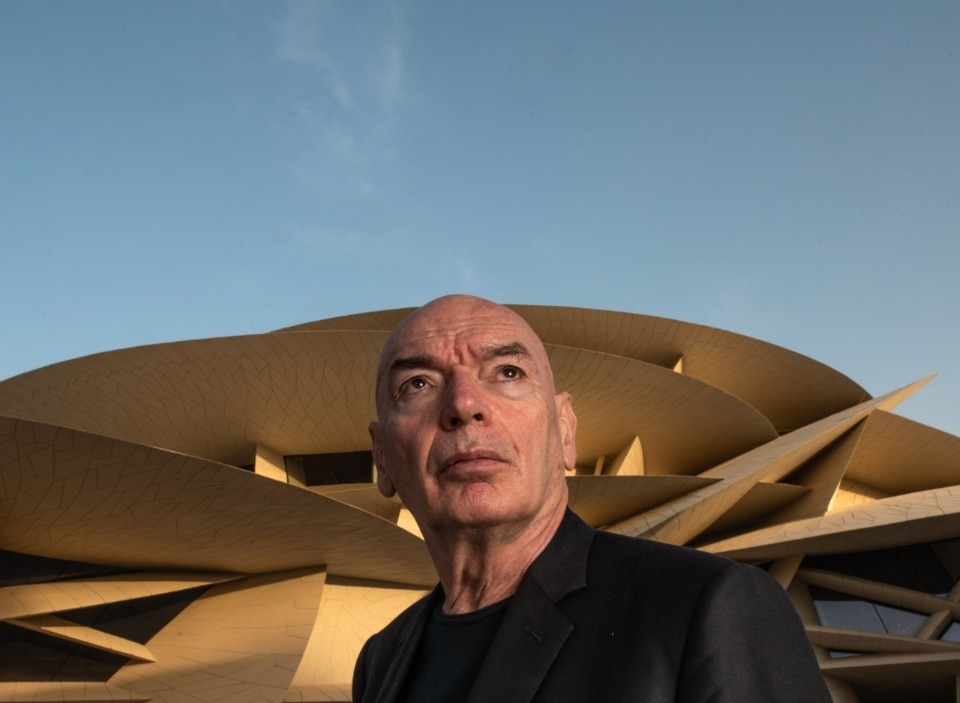 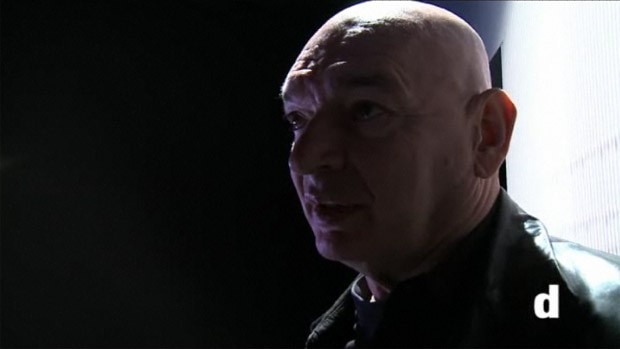 His career spanning almost fifty years, the Pritzker-prize-winning architect and designer Jean Nouvel has established his status as a world-renowned star architect, but the foundations of such evolution are firmly rooted in the French context.
Born in Fumel in 1945, he declared he always wanted to be a painter, but he chose architecture for reasons of good sense: he then studied architecture at the École Nationale Supérieure des Beaux Arts in Paris, where he graduated in 1972. While still studying, Nouvel embarked into an experience as a trainee with Claude Parent: in the studio of the great French radical architect, he developed an attention in stressing the avant-garde aspects of each single design proposition, a hands-on attitude consolidated through precocious site management experiences, but most of all the practice of discussion and critique — something fundamental for Nouvel’s education years around 1968 — which will set the base for his theoretical positioning within the international architectural discourse.
Jean Nouvel also started his first practice, with François Seigneur before graduating (in those years they develop a project for a maison oblique evocating the principles by Parent). He would then become an active part of that political and cultural Parisian network structuring the  architectural debate and practice through the years following 1968: he created the Biennale d’Architecture within the 1980 Paris Biennale, after taking part as an organizing member to the competition for the redesign of the Halles area.

His figure evolved by joining the wave of the nouvelle architecture française during the Mitterrand era in the 1980s, aiming to bring France to an avant-garde position through a mixed effort in technological research and attention to the urban context: in such scenario, Jean Nouvel would stand out as a free subject, giving value to the relevance of expressive aspects of construction technologies, of the high-tech languages of that period, creating highly iconic machines combining into syatems a multiplicity of different linguistic components of architecture.
The first recognitions form public attention came for the architecture of Val Notre Dame clinic (Bezons, 1978-80), furtherly articulated in the modular metal envelopes of  Nemausus housing complex (Nîmes, 1984-85), still the full achievement of this evolutionary phase was reached with the Institut du Monde Arabe, developed between 1981 and 1987 with Architecture Studio. These projects have shaped the positioning of Nouvel as a global-scale star architect, but also his specific position towards the so-called authorial architecture: contrasting Claude Parent, he states since the beginning that architects cannot individually solve all the aspects involved in the design process; hence he developed an approach — carried on since the early 90s, when the Ateliers Jean Nouvel agency was born — that operates case-by-case, integrating the architects’ interpretation with all the inputs given by the specific subject or place. It is the case of the renovation of the Opéra in Lyon (1986-93), duplicating the volume of an existing stone building with an iconic addition in the shape of a glass-and-steel barrel vault.

Architecture has been fascinated by machines and its aesthetic has expressed this fascination, right into high-tech. But if one observes the current evolution of technologies, what I find striking is to see just how far wea re going towards an absolute mastery of material. (…) I call that the aesthetics of a miracle

Projects form the 90s confirm this direction, as shown by the Culture and Congress Center in Luzern (Switzerland, 1989-98), in the Fondation Cartier (Paris, 1995) and in the Euralille complex (Lille, 1993), all of them connected to each other by an apparently different - for formal reasons - approach to one same subject: submitting a whole building, shaped by the aesthetics and the components of a technologic machine, to a program of living or experience which is assigned the highest priority. In that same period, Nouvel started several collaboration with important design brands to develop furniture and product design projects.
During the 2000s, international awards have kept on raining on Jean Nouvel — the Imperial Prize in 2001, Wolf Prize in 2005, Pritzker in 2008 — and the production of great public and private projects all across the world has continued, characterized by an increasingly high attention to the building as an object featuring a value of sculpture at an urban scale: the Quai Branly Museum (2006) brings the third landscape right to the heart of Paris joining it with the narrated dawn of civilization, so as the Concert Hall in Copenhagen (2009)  establishes an ambiguity between an envelope and its content, consequently creating new sense for the urban context itself.

Recent projects witness a combination of the main aspects of Jean Nouvel’s poetics: both private and public buildings show a renovated attention to an expressive, space-creating, identity-creating value for technological solutions. The communicative envelope of the monument of the Philharmonie de Paris (2014), as well as the patterns wrapping the Doha Tower (Doha, 2012) or the Marseillaise (Marseilles, 2018), claim for these buildings a status of recognizable landmark. A synthesis of such recent evolution, the Louvre Abu Dhabi, inaugurated in 2017, shelters an exhibition program underneath a great translucent canopy, pushing forward the legacy of the moucharabieh system developed for the Institut du Monde Arabe, thus epitomizing Nouvel’s approach to interpretation and construction of places through the decades.

Architecture cannot be treated anymore as an autonomous discipline that would function on materials, techniques, or recognized types, obeying rules that could be declined or confronted. Today all that has exploded, there are no more recipes. The architect must first of all make a diagnosis, steeping himself in parameters external to his discipline in its strict sense