“A Post-Modern building is, if a short definition is needed, one which speaks on at least two levels at once: to other architects (…) and to the public at large, or the local inhabitants” (Charles Jencks, 1977) 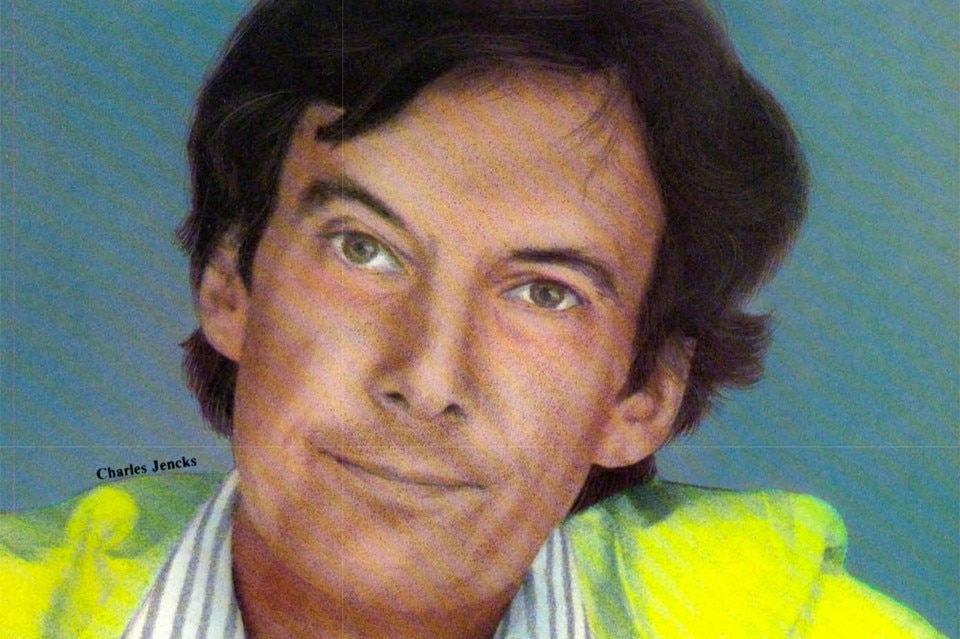 Charles Jencks was born in Baltimore in 1939. His study path anticipates the multidisciplinary attitude that he will show all along his career. He receives his bachelor’s degree in English literature at Harvard University and his master’s degree in Architecture at the same university’s Graduate School of Design. He moves to the United Kingdom in 1965, where he gets a PhD in History of architecture at the University College London.

Read also: Charles Jencks, architectural historian and more, has passed away at 80

Few architects are so tightly connected to a specific architectural movement as Charles Jencks is to postmodernism. At least three fundamentals books make him the most influential theorist of this season: Modern Movements in Architecture (1973), based on his doctoral thesis and launching his long-lasting questioning of the Modern Movement’s unity, seen as a critically constructed myth rather than a fact; The Language of Post-Modern Architecture (1977), where he outspokenly and defiantly states the death of the Modern Movement, and launches its eclectic, metaphorical, historicist heir; and Critical Modernism – Where is Post-Modernism going? (2007), where he attempts at redefining the links between postmodern and modern, arguing that the former is the latter’s criticism, operating from its very inside. His unfailing activity in terms of architectural teaching and divulgation lead him to lecture in more than 40 universities, about these and other topics.

Several landscape design projects stand out from Charles Jencks’ built work. The first, and certainly one of the best known, is the Garden of Cosmic Speculation, commissioned by his wife at the beginning of the 1980s as the park for their Scottish mansion, Portrack House. Landform (2001) is shaped as a connection between two buildings of the Scottish National Gallery of Modern Art, in Edimburgh, whereas Life Mounds (2011) is a series of eight hills in the Jupiter Artland sculpture park, also in the Scottish city. For the modeling of its landscapes, sturdily designed and vigorously three-dimensional, Charles Jencks references the fields of art, both sculpture and land art, and of cosmology.

On the other hand, Charles Jencks architectural production is relatively small. Amongst his buildings, the most memorable is certainly the Thematic House in Holland Park, his London residence. Designed in collaboration with Michael Graves, another leading figure of postmodern architecture, as well as of the sculptors Celia Scott and Eduardo Paolozzi, the building is today a Grade I listed monument. In the near future, it will be open to the public as an archive museum, renamed as the Cosmic House for the occasion.

Read also: Domusweb features a text by Charles Jencks on The Presence of the Past, the first Venice Architecture Biennale, directed by Paolo Portoghesi.

To conclude, Charles Jencks was also a philanthropist and a sensitive patron for architecture. In 1995, he co-founded with his wife Maggie Keswick the Maggie's Cancer Care Centres. Architects selected by Charles Jencks, who worked pro-bono for the organisation, include Norman Foster, Frank Gehry, Zaha Hadid, Rem Koolhaas and Amanda Levete.

In the words of Oliver Wainwright:

As the unrivalled godfather of postmodernism, Jencks wrote, spoke and enthused in his characteristically charming, witty and debonair manner, for 50 years about architecture that embraced pluralism and difference over standardized homogeneity