An ambitious group exhibition in Aosta attempts the difficult task of recounting the evolution of society over the last twenty years. 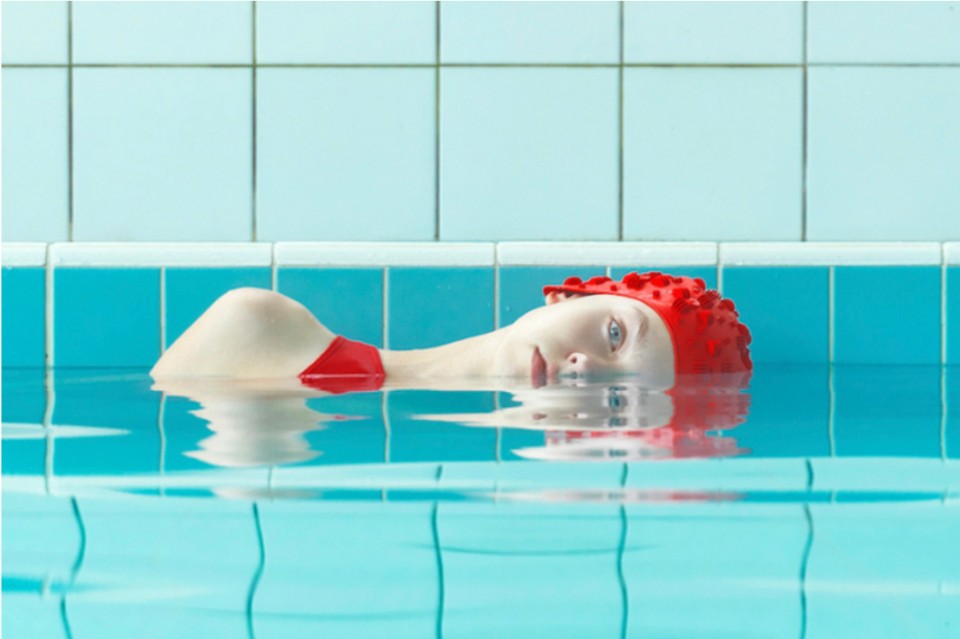 To say that The Families of Man is a large group exhibition with which the Regional Archaeological Museum of Aosta offers an unprecedented overview of Italian photography over the last twenty years would be an understatement.

In fact the project, conceived and realised by Electa and curated by Elio Grazioli and Walter Guadagnini, allows visitors not only to see (or see again) the work of the main Italian authors, ranging from masters to promising talents and including the most established names today, but also to show a cross–section of photographic genres, starting with the more historically consolidated ones and arriving at an entirely contemporary fluidity without forgetting the more commercial declinations. All this with a "pretext" that is as simple in its intentions as it is complex in its realisation: to cover, through the most representative images, more than twenty years of recent history, from the fateful 1989 to the equally—though for less exciting reasons—memorable 2020.

And if the intention is decidedly ambitious, the chosen method of selection is no less courageous, with the very title of the operation recalling the seminal The Family of Man, staged at MoMA in 1955. As is fully and transparently emphasised in all the texts accompanying the fine catalogue, there are obviously many points of contact, but it is the divergences that rightly emerge.

The declared reference is in fact the famous exhibition conceived in the middle of the last century by Edward Steichen, a famous photographer who had by then covered the main stylistic currents and had meanwhile become director of the photography department at MoMA. The story of this unprecedented undertaking is too vast, and in any case very well known, to be summarised here, but it is sufficient to know that there were 503 works on show, created by 273 photographers—renowned or completely unknown—from 68 countries—although the United States played a predominant role—, that they were all in black and white—it was not until the first William Eggleston retrospective, commissioned by the revolutionary John Szarkowski also at the MoMA in 1976, that colour was finally fully accepted as an expression of photographic art—, that all of them essentially belonged to the humanist and documentary genre—whose most notable bearers were magazines such as Life and Réalités and agencies such as Magnum—and with this exhibition Steichen set out to launch an inclusive, democratic, positive and pacifist message that declared that all the peoples of the world belonged to a single family and, in an equally utopian manner, that photography had the power to change the world.

These were certainly laudable aims, but they were also tinged with a certain very American normative presumption that the Aosta exhibition necessarily undermines: on the one hand by limiting the number and origin of the authors, in an attempt to define what Italian photography is today (which does not, however, mean only photography produced in or focused on Italy), and on the other by anchoring the selected images to a very wide yet perfectly defined span of time, that of the fall of the Berlin Wall to the Covid-19 pandemic emergency.

The exhibition and graphic layout (curated respectively by Massimo Curzi and Leonardo Sonnoli, who paid homage to the MoMA layout by recreating its ability to make the spectator an active protagonist) is therefore chronological, but also thematic: if in fact the temporal areas into which it is divided are The End of Modernity (1989–2000), The Connected World (2001–2019) and Pandemic: Resilience and Restart (2020), just as specific are those that divide it by topic, namely Politics, Economics, Society, Made in Italy, Technology, Religions, Ecologies, Gender and Virtuality, with a coda on Covid and Restart.

The list of authors on show is too long to be listed here without making too many injusties but, net of a few inevitable omissions, from the usual well–known names to the more unexpected ones, all Italian photography is well represented, and so the group exhibition allows us to really take stock not only of what photography can tell but also and above all of how it can do it, without therefore excluding the most important and interesting evolutions that this fundamental language is affected by today

A final S will probably not be enough to bring The Families of Man out of the shadow of its imposing reference point, but if this is partly one of the intentions of the project, it is also true that in such a simple detail its true intuition is hidden and revealed: that the historical and therefore conceptual distance that separates us from the United States of the middle of the last century obliges us today to give room to a vision open to the most diverse perspectives, to affirm and reaffirm the plurality not only of points of view but also of human realities themselves, even at the cost of an account that is far from homogeneous and pacified, indeed. If the declaration made in New York in 1955 was, however well–intentioned, in some way univocal and deterministic, and therefore an unnatural and almost forced snapshot of an idealized—despite the claim to realism—untrue humanism, the one made now in Aosta cannot ignore the fluidity of the changes that society has faced and is facing, and in which the existence of man and his many families is fully and inextricably embedded.

It is nice to think, however, that the two children featured in the photo by W. Eugene Smith at the end of The Family of Man have in the end become the two elderly people immortalised by Luigi Ghirri in the photo that opens The Families of Man. Portrayed from behind, the couple crosses time, first entering a thick wood and then coming out into a large sunlit valley: they are still holding hands.