Tár, The Eternal Daughter, and the third season of The Kingdom: three major works presented at the Venice Film Festival represent how architecture is playing an increasingly key role in cinema. With a special mention for the Parisian suburb of Athena. 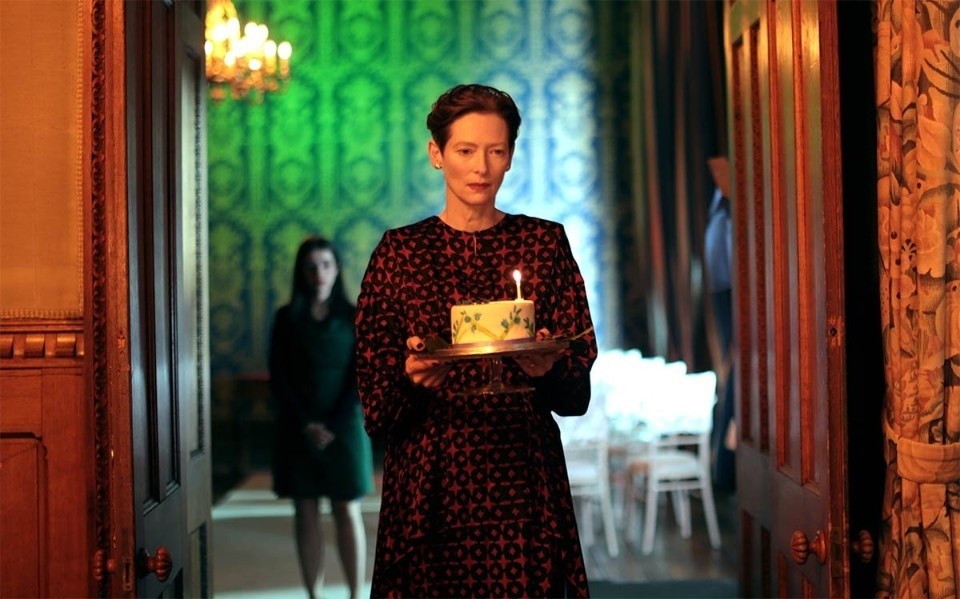 In contemporary cinema, increasingly shot outdoors in real locations and less and less in studio-reconstructed ones, the architecture of places is never random. It is always selected to tell a piece of what happens inside those environments. The architecture is always chosen for the way those spaces interact with characters and events, not so much for its historical value or aesthetic features (which are also evaluated as part of the assessment). At least it is so in the most sought-after cinema. At least it has been so in many movies at the Venice Film Festival this year.

In the spotlight, along with others, there is Todd Field’s Tár, whereby Cate Blanchett seeks to win her second Oscar (and may succeed, because it is perhaps her best performance ever). The movie builds around her a universe of wide and spacious places where human beings almost seem to lose themselves. She is a famous and influential conductor who first comes face to face with the way the world of culture and art is increasingly evaluated according to issues of morality, respect for minorities and modern cultural standards, until she ends up under scrutiny. Between Hans Scharoun’s Berliner Philharmonie (where she works) and the huge, brutalist classrooms of Scofidio and Renfro’s Juilliard School (where she teaches), Cate Blanchett is the perfect representation of power.

Capable of filling such large rooms, controlling them, managing them, and making them look like a mirror of her own grandeur (even a labyrinthine, oversized house seems to represent her perfectly), the interaction between her and the modern architecture the movie overflows with is a crucial part of the narrative of how sexual power is a form of domination over the individual. So much so that a final change of spaces will explain the protagonist’s change of condition better than any other solution. Tár does not want to condemn or show its own moral evaluations, but rather to show an incredible understanding for all points of view, from the youngest and angriest to even the most condemnable actions of the protagonist.

It is instead in a hotel built in pure British Gothic style that not one but two Tilda Swintons interact with each other in The Eternal Daughter. A highly refined production by British director Joanna Hogg, this movie, in which Tilda Swinton is both mother and daughter, features the visual care of nostalgia for 1970s horror (the one with the bold green and red lights), ghost stories immersed in the English mist, and the wood creaking at night. Mother and daughter spend a few days in that mansion, and we soon find out that the mother had lived there when she was a child (then the mansion was evidently sold and became a hotel). She remembers everything, she recalls and relives what those spaces meant to her. On the other hand, at night, when she sleeps, her daughter is haunted by the noises, problems and issues of this old building. Therefore, if for the mother that mansion is a time machine, for the daughter it is really a character from a classic horror movie. That is a great idea: how the same space and even the same architectural style, only in different lights, can become something else.

Although these two movies certainly do the most refined work on spaces, environments and architectures, it is difficult to underestimate the importance of the architecture of the hospital, which is in public style, in The Kingdom: Exodus, the third season of the TV series Lars von Trier shot in the 1990s and now comes nearly 30 years later. It consists of five one-hour episodes all set in the Kingdom Hospital (that is its name), a place haunted by demonic presences, where single rooms become like body parts (in one of the most wonderful images a giant heart barely fits in a tiny room). Typical hospital locations, from the patient rooms, to the offices on the upper floors, to the kitchens on the lower floors, the basement, the rooftop and then the spacious elevator, become the site of paranormal phenomena or comic skits. Indeed, like the first two seasons, the third one alternates between high-powered humor and fantasy (or perhaps, knowing Von Trier, it is better to say fantasy parody), with the aim of surprising, overturning conventions and making fun of the Danes.

Athena’s architectural/urban choice also deserves to be mentioned. Coming to Netflix starting Sept. 23, the movie is a bomb of action and filmic technique in which some French suburban rebels declare war on the police following the killing of a child in their neighborhood. They hold the police responsible, and after breaking into a police station to steal their weapons, these young boys barricade themselves in the two giant public housing buildings in their neighborhood. They gear up like an army and wait for the police. It will start a war in which the public housing becomes a medieval castle made of towers and underground passages, in which the variety of routes, levels and environments tells of the richness of inner suburban viewpoints. There are in fact 4 brothers, each belonging to a different faction, all with very high stakes as an almost paradoxical war rages on in level of magnitude. If it had not been shot there, in that precise area of Paris, such a movie would never have the personality it shows.

In addition to these, the Venice Film Festival has also shown some of the movies that will be most talked about for the rest of the year, especially in view of their race to the Oscars. Certainly, among those that will attempt the race there is Florian Zeller’s The Son, in fact, only a year ago with The Father (the two movies are obviously linked) had impressed and earned Anthony Hopkins an award. As well as Blonde, in which Ana de Armas plays Marilyn Monroe with an insane attention to the visual reconstruction of the best-known iconography (photos, film scenes, expressions and poses) to show the difference between the human being and the identity constructed by cinema and entertainment, will certainly attempt it. As The Whale, in which Darren Aronofsky tries to repeat the scheme The Wrestler was successful for (but without the same subversive force), will attempt the race, replacing an obese man with Mickey Rourke’s derelict wrestler, and above all, The Banshees of Inisherin will try it, the latest hilarious movie by Martin McDonagh (former director of Three Billboards Outside Ebbing, Missouri) in which a dispute between Colin Farrell and Brendan Gleeson over an Irish island in the 1920s mirrors the civil and social divisions of that country.