Caricature between art and social criticism

Through the horrid, the grotesque and the deformed, caricature is not just satire, but a form of redemption of ugliness. 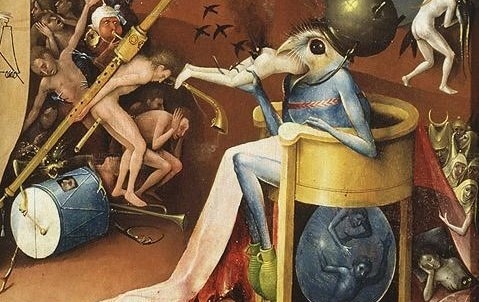 The 40th edition of France’s largest exhibition dedicated to satire and graphic humour is about to begin. The Salon International de la caricature, du dessin de presse et d'humour in Saint-Just-le-Martel will inaugurate today an extraordinary exhibition featuring artists and caricaturists from all over the world. Irreverent magazines and drawings will colour the walls of the Centre Permanent, a large exhibition space and museum not far from Limoges. But what is a caricature? And when did caricatures first appear?

In our time, modern caricature is seen as a mere polemical tool, often used against political figures or specific social classes. This was already the case in the representations of the 5th century BC where, through decorations on Attic ceramics, cultured and illustrious figures were depicted in the most intimate and embarrassing moments of their daily lives. From Rome to Japan, the past shows us various paintings or sculptures which, through the phenomenon of animalisation or deformation, and therefore the phenomenon of ugliness, told of satire.

Hieronymus Bosch was one of the best interpreters of the tale of the horrid, but so was Leonardo, who through some grotesque portraits became a forerunner of modern satire. But it was in France, around the second half of the 18th century, that the first humorous caricatures appeared. Honoré-Victorin Daumier, a well-known 19th century French painter, was undoubtedly the most popular caricaturist of his time. A revolutionary artist, Daumier turned his art into an instrument of unprejudiced social criticism where fierce caricatures of political figures narrated moral baseness, emphasised by deformed features that added personality traits to the subjects.

Because of Gargantua, the tale of the gluttonous giant in Rabelais’ epic poem, reinterpreted as a caricature of King Louis-Philippe, the successor of Charles X, Daumier was arrested. The king is here portrayed as a greedy politician determined to subjugate the people and corrupt the political class. The scene shows the king sitting on a large throne, while from his mouth comes an enormous ladder that seems to be replacing his tongue. From there slip large sacks of money retrieved by well-dressed, tiny men. Every stroke, every line, every detail tells of controversy, criticism and battles - this was satire for Daumier. The painter, however, is even wittier and more cultured, and through his work The Past, The Present, The Future he reaches the highest levels.

Inspired by Titian’s painting of the three ages of man, Daumier still goes after the French king. The head, in the shape of a pear, depicts the king at three different moments: complacent in the past, disdainful in the present and stern, almost angry in the future. A king who is not at all honest, a king with a big, ugly nose, a king who is multifaceted and not at all trustworthy. Caricature is introspection, an investigation of psychological penetration, and it should perhaps be read and interpreted as a sort of redemption of ugliness.

“Caricature is not necessarily an incitement to laughter; it is an indifferent political weapon; it is a feeble moralizing agent. But it is a marvellous process for reducing an abstract idea to the concrete, and thus bringing it to the notice of that mass of men that rebels against abstractions. It defines and incarnates those ideas which would otherwise float hazily in the mind. It shows us a theory in the form of a man, and a nation in the form of a woman. It gives chin-whiskers to a Law, moustaches to a Responsible Board, and side-whiskers to a Constitution. And by so doing it makes the eyes discern what the mind had hardly been able to grasp. It clears up, it objectifies, it solidifies. It is an enlightenment”, wrote Robert de la Sizeranne.

Read also: When the role of furniture in painting is extraordinary

Opening image: Detail of The Garden of Earthly Delights by Hieronymus Bosch. Oil on canvas 1480-1505.