When the role of furniture in painting is extraordinary

Not mere decor, but an element that carries meaning and metaphors: a journey through rooms, halls and living rooms that tell stories through art. 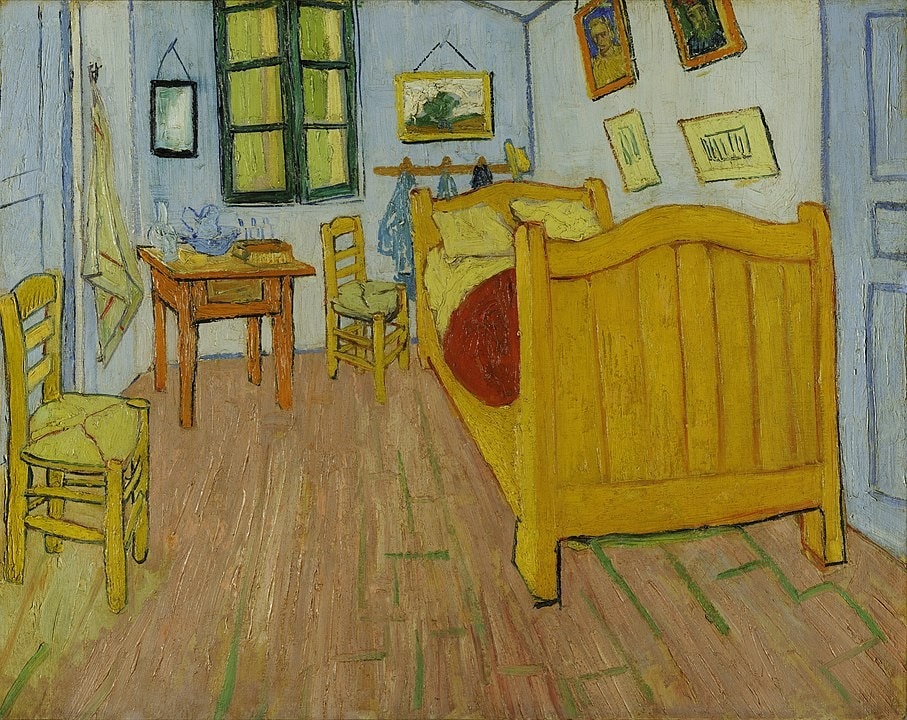 The Salone del Mobile was neither a social event nor an event like many others. Places were specifically recreated to surprise, amaze, tell and above all show.

This long-awaited edition has just come to an end after the pandemic limbo; at last, in September 2021, we witnessed the comeback of the Supersalone with the unfailing (super) Fuorisalone.

Read also: Tellurico. “Time is the only thing I truly own and can sell”

With ninety thousand daily users on the digital platform alone, online management played a key role this year. Moreover, sixty thousand visitors arrived in Milan from around 113 countries over the six days of the event.

The salon or living room is a place in the home that is both cozy and welcoming, a place where furnishings are intended in their broadest sense, where objects, design and furnishing accessories play an essential role in its characterisation. Over the course of the history of art, many artists have painstakingly dedicated their painting to objects and furniture, even attributing truly extraordinary meanings and metaphors to these subjects, once considered exclusively functional.

Born in Malta, Francesco Noletti, also known as Fieravino, worked in Rome under pope Alexander VII, Fabio Chigi. Fieravino is a well-known painter of still lifes, not with fruit or vegetables, but with precious objects such as musical instruments, carpets, jugs or jars.
Ostentation, opulence, and lust are all linked through the wisdom of Middle Eastern carpet craftsmanship, to which the painter is a witness because of his roots. These carpets with a millenary tradition bring together cultural and symbolic aspects just like our paintings do. Many fascinating elements appear on Fioravino’s paintings, which are decorative and ornamental and express the wealth and power of the nobility for whom they were intended, and from whom they were very often commissioned. Everyday objects dictate wealth and tell many other stories.

The painting in which Vincent Van Gogh describes his room, Bedroom in Arles, is just as famous as his Sunflowers. Narrow, simple, without too many distracting frills, the room is presented through the furniture, which becomes both subject and topic. The painter’s extreme solitude is expressed through the wood of the chairs and the bed, which becomes the emblem of the work. Colour is the medium of emotion, which uses the objects to tell and narrate itself.

The warm red of the blanket stands out, contrasting with the yellows and greens of the two seats. The walls are blue, a cold colour which alienates the visitors from the space and allows them to focus only on the furniture. The floor is made of greyish wood, as if it were old, scarred and tired, too. The work was created about a year before his death, and everything tells of his torment and loneliness. A deformed material in fact tells of simple objects that tell of a life and give clues as to who lived in that room and how they lived it.

What if furniture was a perfect accomplice to a story? In 1878 Henri Gervex painted what is considered his masterpiece: Rolla. There are two subjects. At first glance, a naked, exhausted woman catches our attention. Lying on a sumptuous four-poster bed with a rather fancy fabric pattern, she occupies a large part of the scene. The armchair on the right is covered in her clothes, while her undergarments are lying on the floor. A few jewels, apparently not precious, are placed on the bedside table, where a porcelain and fabric lamp is still on, even though the scene takes place in the middle of the day.

Behind her, in the background, her lover is opening the window shutters to let the sunshine in. Everything tells a story. Is she a prostitute? A lover? It certainly does not look like the master bedroom of a bourgeois or poor couple. It is not the nudity that emphasises the fact, but rather the furniture, here narrated and painted with extreme care and attention. The narrative function of furniture covers various themes: it can be considered objective, architectural, psychological, while remaining extremely subjective.
Who knows what this Supersalone told us, and what was hidden behind the most daring details of the Fuorisalone.