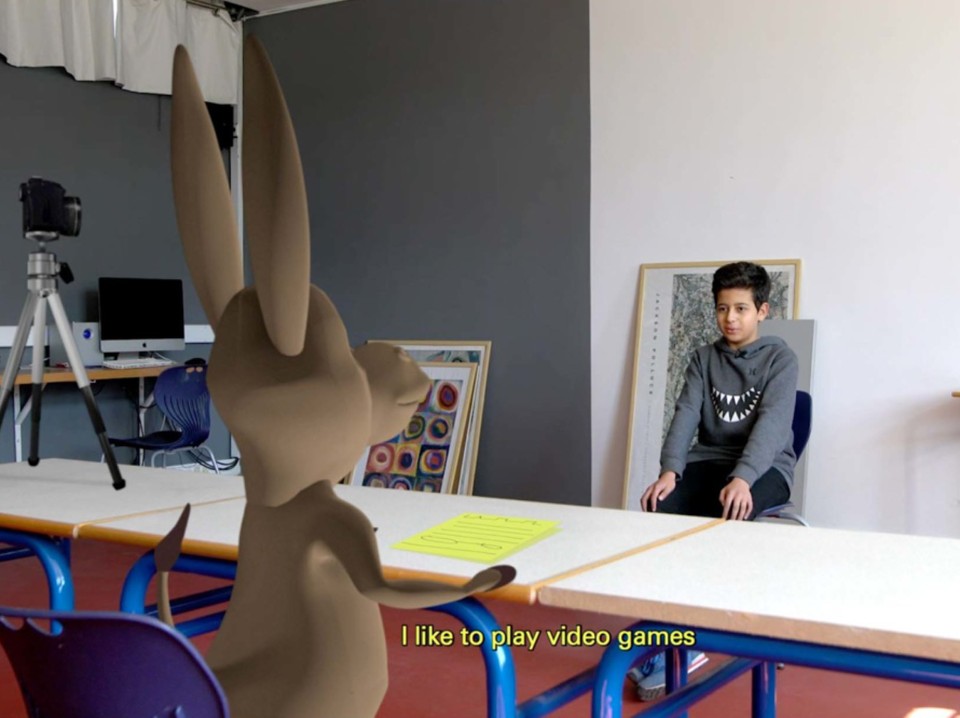 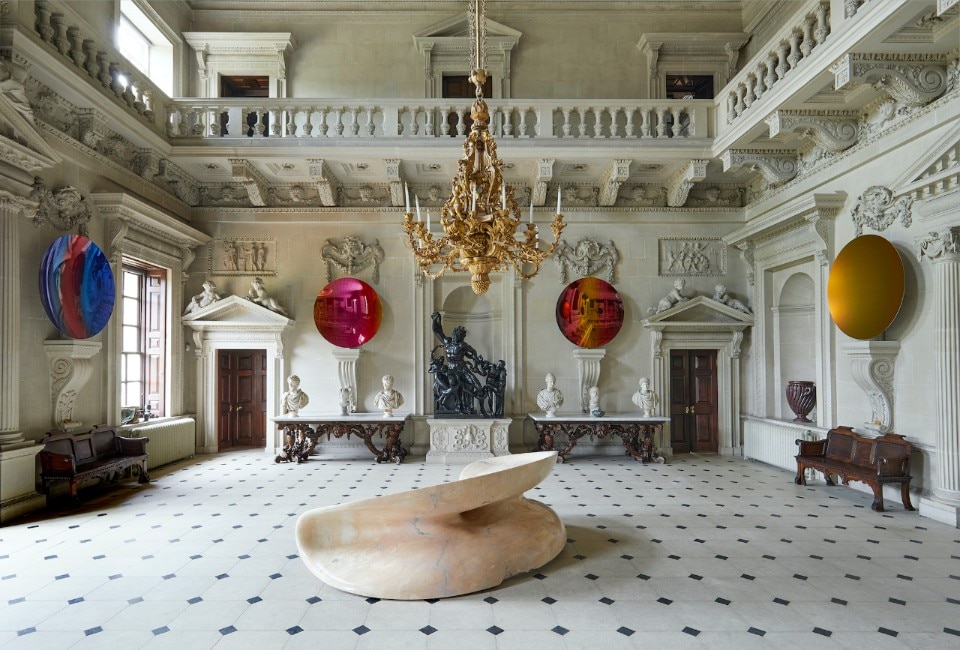 The 6th OpenSpace edition, inaugurated on October 5, is dedicated to Moroccan video artist Meriem Bennani and her brand new Mission Teens film, produced in collaboration with the Whitney Museum of American Art a few months ago and comprised of a series of funny scenes from the life of Moroccan elite’s children at school and at home, as well as Bennani’s conversations with them.

“Inspired by teen movies, reality shows and web series, this docu-fiction follows, at different times in their daily life, a group of students from the French school of Rabat”, explain the curators Ludovic Delalande and Claire Staebler. In continuity with her Fly (2016) and Party on CAPS (2018) videos, dedicated to the national party culture, in Mission Teens Bennani is impersonated on the screen by an animal alter-ego, put into the live footage as a digital character: previously it was a fly, and this time a donkey.

Disguised as such, the artist observes and interviews, in classrooms and private homes reminiscent of Aladdin’s palace, the students of the most prestigious middle school in Morocco, where among others are studying numerous members of its royal family. “I love video games!”, exclames a 10-12 y. o. boy. “I dream of becoming a world-famous singer”, confesses a girl of the same age, his classmate.

Dressed up in luxury clothes, armed with customized iPhones, diamond jewelry and golden earpieces, these cool kids have trouble answering the most basic questions about the history and culture of their native country, from time to time asked by the artist during the conversation. They speak French and English better than Arabic... but remain, nevertheless, very “Moroccan”. Meriem Bennani, for about two decades sharing her time between Paris and New York, has intentionally included in the video some “behind the scenes” footage, where her petulant interlocutors behave in line with the negative Western stereotypes about the North African population.

This gives to Mission Teens – otherwise lighthearted artwork – a heavy political connotation, raising issues of identity, national character and influence of the European post-colonial educational system on the young people, growing up in the multicultural environment. The issues, on which Meriem Bennani, herself a former student of the French school of Rabat, is not yet able to formulate her final stance.