Trump’s wall, Luca Guadagnino's idyllic Italy, the World Cup in Russia and swimming pools were among the protagonists of some of the finest art projects this year: you’ll find them and much more in this article, part of our Best of 2018 series. 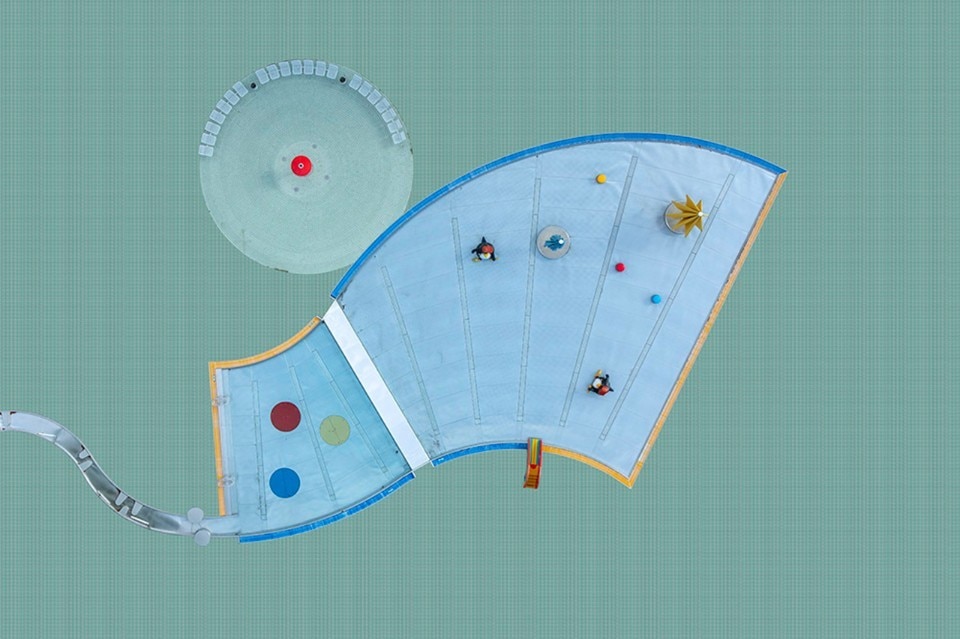 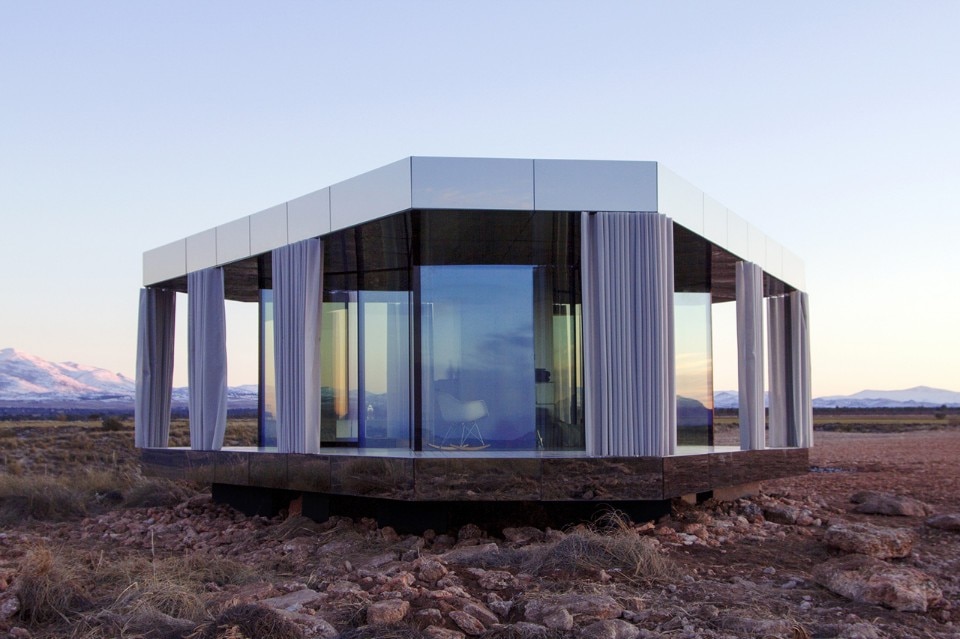 The trials of Trump’s wall are a work of landscape art, entitled Prototypes. Eight types of wall have been chosen to enlarge the barrier between Mexico and California. There has always been some sort of fence along the border, but during the election campaign Trump suggested enlarging it (and getting Mexico to foot the bill).

The London Mastaba was Christo’s latest iconic public installation, his first in the United Kingdom. This summer the Bulgarian artist conveived a trapezoidal prism on the Serpentine Lake, formed by 7,506 barrels stacked on a floating platform.

In this gallery: photos and drawings. Image on top by Lorenzo Zandri
01 / 12
Share
Pin it

The Strelka photo project portraits a historic warehouse that has been dismantled for the 2018 FIFA World Cup in Russia. These constructions were the frame of packhouses in the former cargo port at the confluence of the major Russian rivers Oka and Volga. But they were not created specifically for these warehouses: their origin is linked to two All-Russian exhibitions.

In this gallery: photos by Roberto Conte
01 / 12
Share
Pin it

One Two Three Swing! installation at the Tate Modern

Danish art collective Superflex has conceived an interactive installation that challenges society’s apathy towards the contemporary political and economic crises. An orange line connecting dozens of three-seated swings weaves through the Turbine Hall of Tate Modern, emerging onto the landscape outside.

Stephan Zirwes portrays swimming pools from around the world

In 2015, the German photographer Stephen Zirwes began photographing private pools.  From a helicopter or using a drone, the German author photographs public and private structures to highlight the cultural differences between Europe and America.

This year, a group show of photography explored new visual representations of lifestyle and landscape in Eastern Europe. The exhibition gathered the work of a young generation of artists born after the end of Communism, who live within the globally connected modern world where borders of East and West are erased by new technologies. But the physical traces of the past can still be seen.

In this gallery: Post-Soviet visions: Image and Identity in the new Eastern Europe
01 / 12
Share
Pin it

Call me by your name: Luca Guadagnino’s idealised interiors and very idyllic Italy

With his movie, Luca Guadagnino transforms the specific nature of the summer of 1983 in a small Italian village into a universal image, where the layout of spaces combines perfectly with the atmosphere of fluidity, permeability and freedom that the film expresses.

In this gallery: stills from the movie Call my by your name, by Luca Guadagnino
01 / 12
Share
Pin it

The Villa Savoye sinks in the Danish fjords

With the Flooded Modernity installation, the Danish artist Asmund Havsteen-Mikkelsen reinterprets one of the symbols of modernity, Le Corbusier’s Villa Savoye, whose 5 principles have inspired the new way of building, and makes it shipwrecked on the Danish coast.

Long Island. Yayoi Kusama in a former military base

One thousand five hundred mirrored stainless steel spheres composing Narcissus Garden by Yayoi Kusama’s (Japan, b. 1929) were on view this year in a former train garage of a U.S. military base, Fort Tilden. The site-specific installation, conceived originally in 1966, was the third iteration of Rockaway!, a free public art festival.

Photoessay. The Calabria region is told in “fourth person”

The Calabria region, case-study of this visual exploration, is an ancient land where the challenge of modernity has imposed its language and aesthetics, slowly oppressing the territory’s human and natural landscape. “In fourth person”, created along the A3 Salerno – Reggio Calabria highway, symbolic storyline of the project, was one of the photographic researches selected by Domusweb among the Gabriele Basilico Prize in Architecture and Landscape Photography 2018 candidates.