Prototypes is the artwork that will (perhaps) become a national monument: trials of the walls marking the border between Mexico and California. 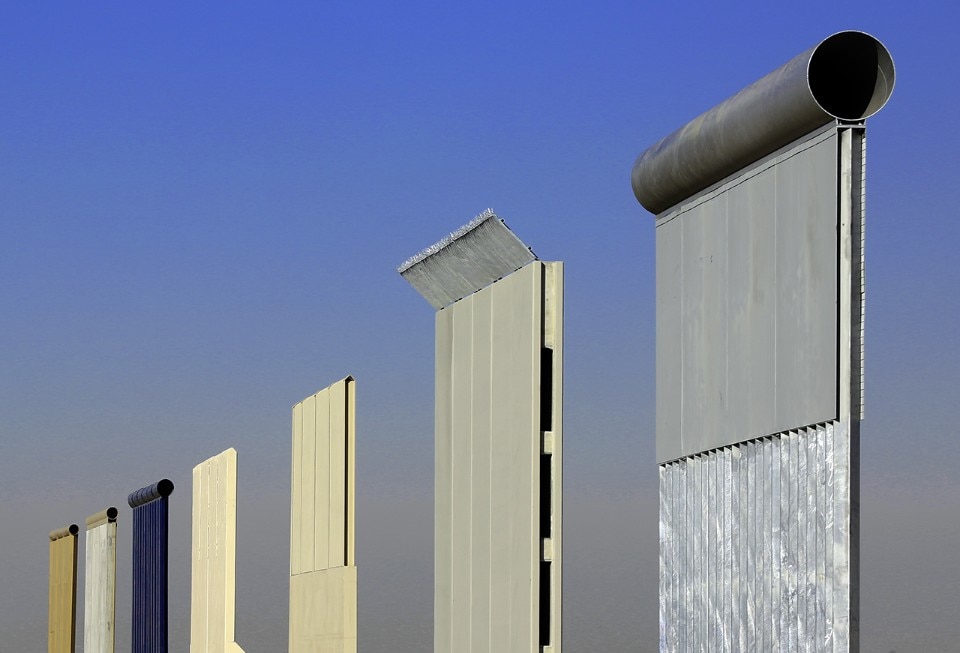 On 20 January next it will be just one year since his inauguration as president. Meanwhile, the trials of Trump’s wall are a work of landscape art, entitled Prototypes. Eight types of wall have been chosen to enlarge the barrier between Mexico and California. There has always been some sort of fence along the border, but during the election campaign Trump suggested enlarging it (and getting Mexico to foot the bill).

The Prototypes project is a temporary work of landscape art, but the MAGA non-profit organisation is working to make it a historical and permanent monument, protected by the 1906 Antiquities Act. The association organises tours between San Diego (California) and Tijuana (Mexico), on fixed dates, to show the different types of wall in the context of the border. Following President Trump's request on 27 January for “Border Security and Immigration Enforcement Improvements” by “using materials and technology to improve efficient control of the southern border” with Mexico, on 17 March 2017 Customs and Border Protection issued two requests for proposals for the design of walls with the aim of building a number of prototypes. Customs and Border Protection shortlisted eight such prototypes from six companies. Four are built out of reinforced concrete and four others use different construction materials. Building began on 26 September and ended 30 days later, on 26 October 2017. On 27 November safety tests began to monitor attempts to “dig, scale or violate” the walls. The choice and final design will be followed by construction of 2000 miles of wall.

The MAGA organisation is asking that these wall prototypes be considered what they are, works of art with a historical memory (whether with a satirical intention or not), and is appealing for them not to be demolished. Whatever happens, one thing is certain: to date it has been the United States that has paid for the eight walls, and not Mexico, as President Trump provocatively suggested.

Sign up for our newsletter and get domus in your inbox
Prototypes, San Diego, United States. Courtesy of MAGA / Bjarni Grimsson
01 / 12
Share
Pin it