The Italian artist investigates the possibility of new reactions to her work, both individual and collective, within the exhibition area. 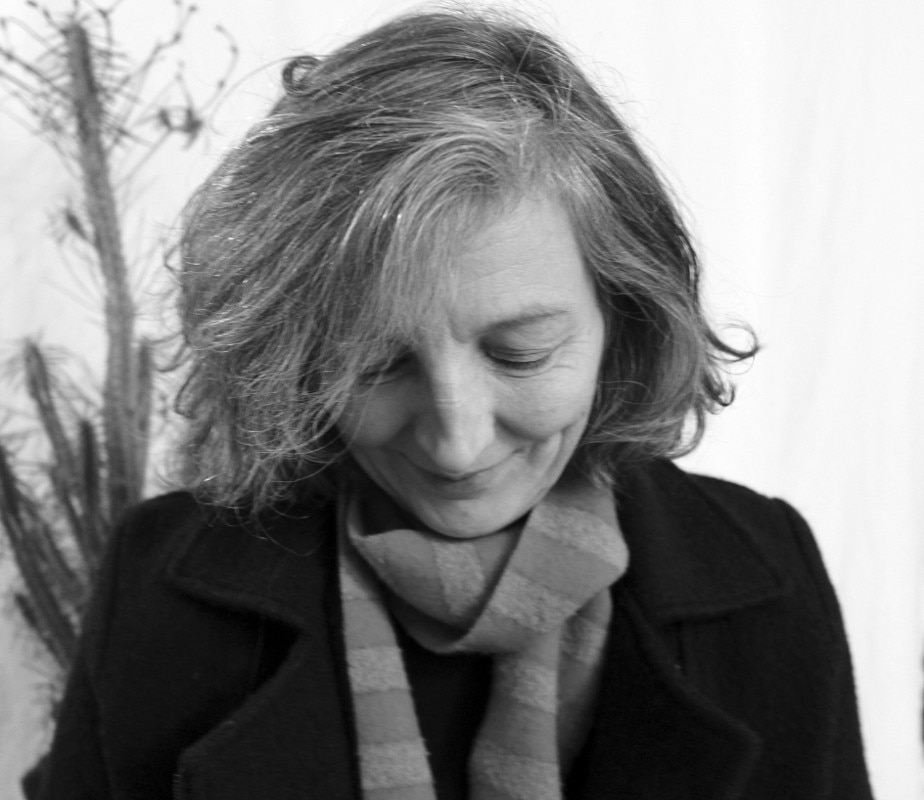 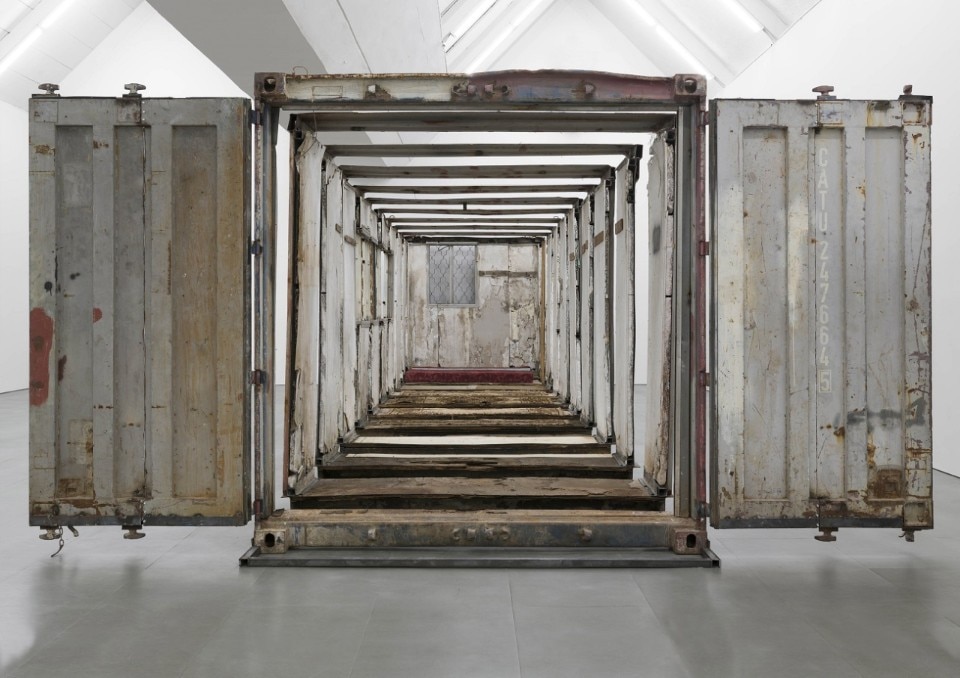 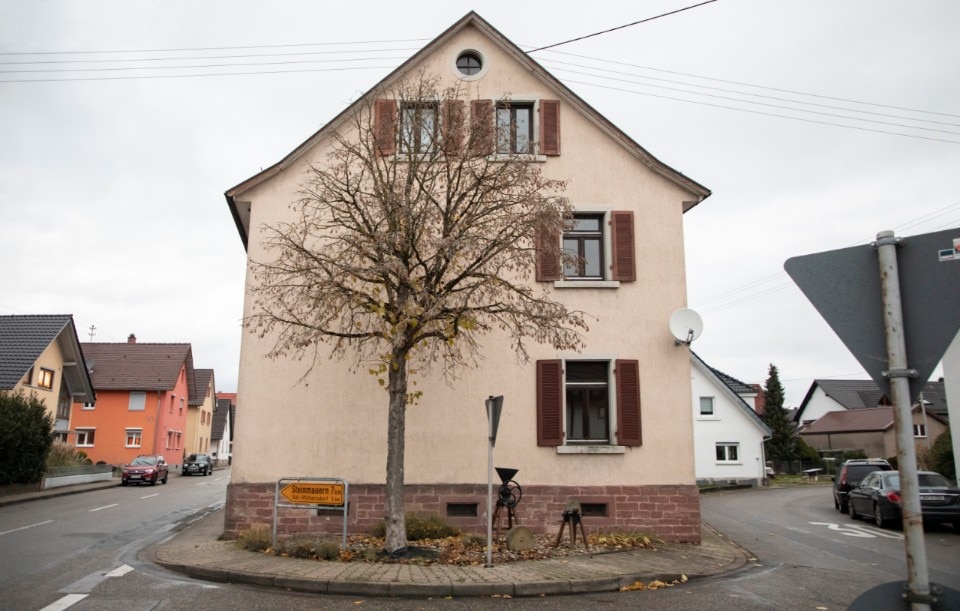 On December 18th, Eva Marisaldi is opening one of her most extended monographic survey ever realized. The Art Contemporary Pavilion of Milan is setting a retrospective parcours voted to enhance  brand new dialogues among objects, sculptures, drawings, installations and film projections. Her poetic visual vocabulary is occasionally drawn from childhood, evoking also the realm of traditional female labour, such as stitching and sewing. Marisaldi’s works don’t have an immediate impact; her interventions, fairly complex and obscure, are marked by an initial feeling of disorientation, requiring viewers to reflect long and carefully as they observe the works closely. A further reason why it was required to introduce her oeuvre properly, by a long interview.

How literature will affect or will accompany your anthological survey at PAC? Which are the publications or books influenced you the most, in the last five years?
I consider literature as a travel mate. Literature takes everyone out. Every author requires a specific amount of time, concerned time, in my opinion. Many of my works start from suggestions read in novels as well as essays, also newspapers clippings. In this exhibition you will meet many authors: Emily Dickinson, Truman Capote, Antonio Gramsci, Asja Lacis, Ken Saro Wiwa, Chinua Achebe, Alice Munro, Ryszard Kapuscinski, Kimanda Ngozi Adikie, Jonathan Crary, Dave Eggers. Recently I had lots of fun with Dejan Sudjic's The language of things (he's the director of Design Museum in London), I also found interesting Claudia Rankin's essay Citizen and I demoni e la pastasfoglia by Michele Mari.

Could you please tell us more about the title chosen to represent your work Trasporto Eccezionale?
Trasporto Eccezionale (Oversize load) was the title of an old piece, introduced into a group show. It was a kind of flying carpet captured in a moment of time off. It was made of  entwined ropes, and its title was embroidered on it. There is an obvious correlation between the heavy, overwhelming weight of giant structures, carried by special vehicles on our highways, and our feelings. Roads and trips have a great presence in this exhibition. The thoughts entangled into our travels sometimes persist in us for further years.

How many parts or influences related to Surround (the project introduced to De’ Foscherari Gallery) will be spread over at PAC? There will be three works, Gli spostati, a series of objects made on cardboard with a sound coming from inside some of the elements, Surround is a wave machine made after the (more rough) model used by physics' teachers to explain the propagation of waves, and a linear version of the series of drawings I showed at De' Foscherari. In the gallery the drawings depicted the horizon of the land from the Masurian lakes in Poland. They were surrounding the viewers from all around the perimeter walls of the space. The reference images were taken from the movie Noz w wodzie by Roman Polansky. In this case there will be a line of drawings of a riverside, from the movie the African Queen by John Houston.

When you exhibited at EX3, with Grigio nonlineare, the installation lying on the floor represented a cognitive map of educational insights. How much, during these years, the didactic methods you are practicing made you evolving, or growing as artist? I had no educational intents through this work. I was mainly interested in creating different options when moving into the space. But I'm glad that you used the word “educational”. As a matter of fact I meant to wonder, what is education? You don't have to take meaning for granted. Words are often misused with emphasis, or repeated until they are detached from their inner, original sense. The EX3 was formerly projected as an auditorium, so it was natural for me to choose the form of written language, on the beautiful, vast concrete floor. I also put an audio system that diffused a selection of ghost words, that are single bits of spoken language, meaningless per se, but when repeated in loop they trick our brain into giving them a meaning.
Studying, using time attending to what interests me, entertains me, explains things, is something that I do on a daily basis. Teaching at school forces me to put together ideas, thinking how to organize selected materials that have not been requested. I'm not sure I’m now having something to say, but I’m organizing my interventions meaning to arise any possible desire for playing in my students, seriously, deeply at the origins of their thoughts. They are not alone. There's a world full of references out there, there's the world.

Could you please describe both the oldest and the very first (in terms of producing time) artworks featuring Trasporto Eccezionale?
I think the oldest one is Angolo (1996), an animation process drawn from a video of a man that smokes and swings, leaning on a wall of a street corner. I associated it with the animation of a blooming wisteria big picture.
The first idea of this exhibition, thinking at the huge size of PAC’s spaces, was about a selection of works from the past, together with several new pieces, for thrill and joy.
During my last few years, talking about this precise historical moment, brought me, fumbling in the dark, to look for comprehension sources and references. There's a lot of disorder, but I don't have to clarify things for December.
Different skills are requested from an artist, from being a problem solver to represent a public transgression, to realizing frames in tone with the couch...

Read Also: Thirty Brazilian artists selected among different generations on show at the Pavilion of Contemporary Art in Milan. An interview with the curator, Jacopo Crivelli Visconti.

How about sound and your visual imagery? How both will be used and expanded into Trasporto Eccezionale?
Of course, sound but also image, we have to include the channels for animation. Enrico Serotti (musician and in many cases co-author of the works) and I, use sound fearlessly. Sometimes expanding a single, little sound, like for example in 3000 pagine, or developing an idea from a novel and making it happen in the real world, like in Musica per camaleonti or Progresso; or, moreover, recalling a sound from our memory and trying to recreate it (the noise of the woodworm of Madagascar in Gli spostati). During the exhibition we will also introduce a recorded vinyl, titled Music first, collecting several audio works and some soundtracks from our videos.
The project is about passivity and action. On request. If I found easy to show enthusiasm with words I would do it, but that's not my case. I have to slowly walk around and discover what I found precious. Trasporto Eccezionale is also composed by stills: slice-of-lives taken from some people in the world. They use to carry around goods throughout the alleged informal economy.

Could you please express a whish or formulate a thought accompanying Trasporto Eccezionale’s visitors?
Just welcome.