Arles: the photo festival returns to the future and invades the city

New exhibition spaces, and a focus on the civil unrest of May 1968 in France are some of the highlights of the 2018 Rencontres d’Arles, a variegated periscope onto the world. 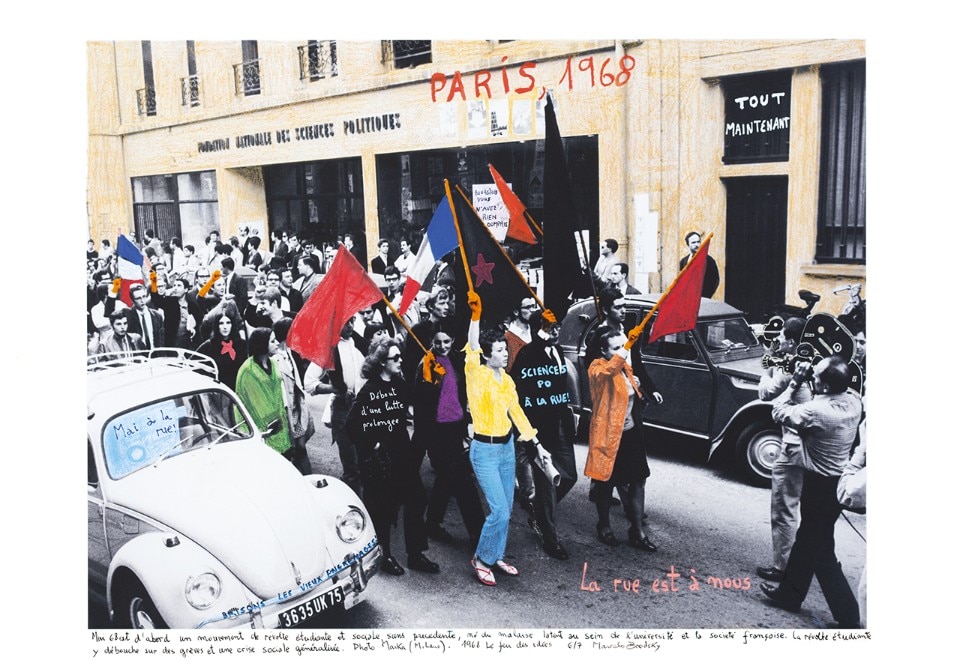 “Being a festival means being everything that happens in a city when it’s invaded by art,” says Sam Stourdzé, the director of Rencontres d’Arles, one of the most important photography expositions in Europe. This is his third time presiding over the historical French festival born in 1970, now in its 49th edition. The numbers are eloquent: 36 exhibitions in the official programme, a number of which are staged in cities close by such as Marseille, Avignon and Nîmes. Nîmes is hosting Qu'est-ce qui est différent?/What is different? by the German artist Wolfgang Tillmans, the first to win the prestigious Turner Prize with photography, and Portraits of space by Candida Höfer from the Düsseldorf School of Photography. Then there are 129 public events – tours with curators and photographers, book presentations, inaugurations, award ceremonies and concerts; 18,500 visitors; 151 artists; and 36 venues where photography comes to life, including 5 spaces that were taken into use for the first time this year.

“What is totally new compared to the other instalments, is that we have enlarged our network of locations and built new ones. For the first time in 49 iterations of the festival, we did not only reuse derelict places like deconsecrated churches, abandoned terraces and factories, but actually built a bamboo pavilion as a temple consecrated to photography, truly worth a visit. The 1,200-square-metre space was designed and built by the Colombian architect Simón Veléz and by Stefana Simic. It hosts Contemplation, a poetic ensemble of photography, architecture and music, where exclusive large-format black-and-white photos printed on special Japanese paper show the spiritual experience of the French writer and Buddhist monk Matthieu Ricard in the Himalayas.” The four other new venues are Maison Centrale d’Arles (a penitentiary), an old warehouse belonging to the retail chain Monoprix, Maison des Lices, and the Chapelle de la Madeleine.

Rencontres d’Arles has a precise identity, but lends itself to continuous transformation in symbiosis with its host city, which has featured the fair every summer for almost half a century now. “We are still a photography festival,” says Stourdzé. “We have grown over the years to become a major point of reference, where talent is fostered. This year, the Prix de la photo Madame Figaro was won by Wiktoria Wojciechowska. Of course we look to initiatives similar to ours that feature photography, including the niche events, but we also compare ourselves to other types, for instance cinema festivals.”

During Rencontres, Arles is a destination for special experiences. To come here during the three-month happening (until 23.9.2018) is a global immersion. In addition to the exhibitions to visit and the presentations of photography books, there is the atmospheric piazzetta painted by Vincent van Gogh, and inauguration parties on balmy nights. Arles has a long-standing liaison with photography. It was the first city in France to open a photography department in its civic museum, Musée Réattu, in 1965. Today the museum curates a 5,000-piece collection. “What we try to do is ensure that our exhibitions have academically sound, high-level curatorship, much like you’d find in a museum,” says Stourdzé.

“Back to the Future” is this year’s subtitle, forming a thread shared by the different sections. “We tried to abolish the categories of past, present and future; we aimed at making them fluid, permeable and absolutely interconnected,” he continues.

This comprises the celebration of important anniversaries such as the May 1968 events in France that made way for radical change by means of revolts, utopias and inclinations. At the exhibition 1968, quelle histoire! previously unseen photographs from the archives of the Paris Police Prefecture, the Paris Match weekly and the Gamma-Rapho-Keystone collection show different points of view of the unrest. The pictures are of great historical and documentary value. The American universe plays a major role at Rencontres: America Great Again! is a section of the official programme with a prophetic title and impeccable timing, now that the Trump era has arrived. The section shows the American photographer Paul Fusco’s The Train: RFK’s Last Journey, a colour photo reportage of the mourners who three days after Senator Robert F. Kennedy’s assassination on 6 June 1968 lined the railway tracks from New York to Washington to pay homage to the train carrying his coffin. The Sidelines exhibition is about the socioeconomic divide, big contradictions and broken dreams in the USA, with pictures by the great Swiss storyteller Robert Frank. Also part of the American section is The Whiteness of the Whale, a combination of overexposed colour photos showing everyday life in the US seen through the lens of the Brit Paul Graham.

As traditional at Rencontres d’Arles, the offering is intergenerational, in order to offer a variegated periscope onto the world. Laura Henno from Paris is included in the America Great Again! She is the 2007 recipient of the Prix Découverte awarded by the Rencontres festival. Her photos shown here are the result of a two-month observation of community life in Slab City, California, an off-the-grid renegade settlement in the Californian desert. “Photography is often the best way to document how the world is changing under our very eyes,” says Stourdzé. Besides the past and present, there is a kaleidoscopic photographic exploration of what is yet to come: artificial intelligence, augmented reality and transhumanism. For his series H+, Matthieu Gafsou took portraits of body modification and enhancement, showing how avant-garde technology can compensate for physical and psychic shortcomings.

“Our age is inspiring to photographers,” concludes Sam Stourdzé, “because it forces us to design a world that is never too far off, that is crossed by reality, fantasy, imagination, progress, future and fiction.”