Tallinn. The shadow of a ghost in the art triennial of the Baltic states

The body is the central theme of the second stage of “Give up the Ghost”, the thirteenth edition of the Baltic Triennial directed by Vincent Honoré. 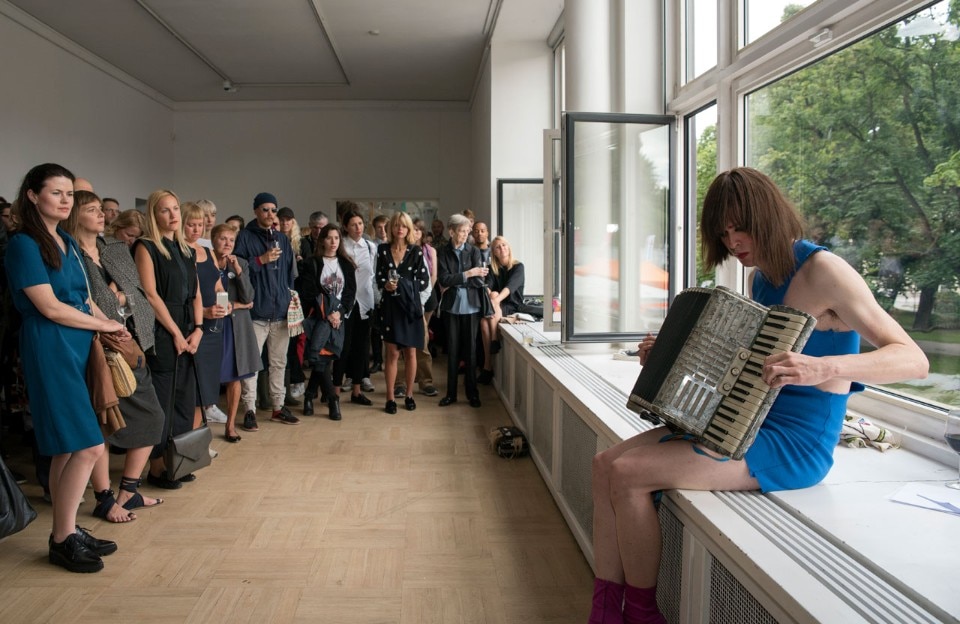 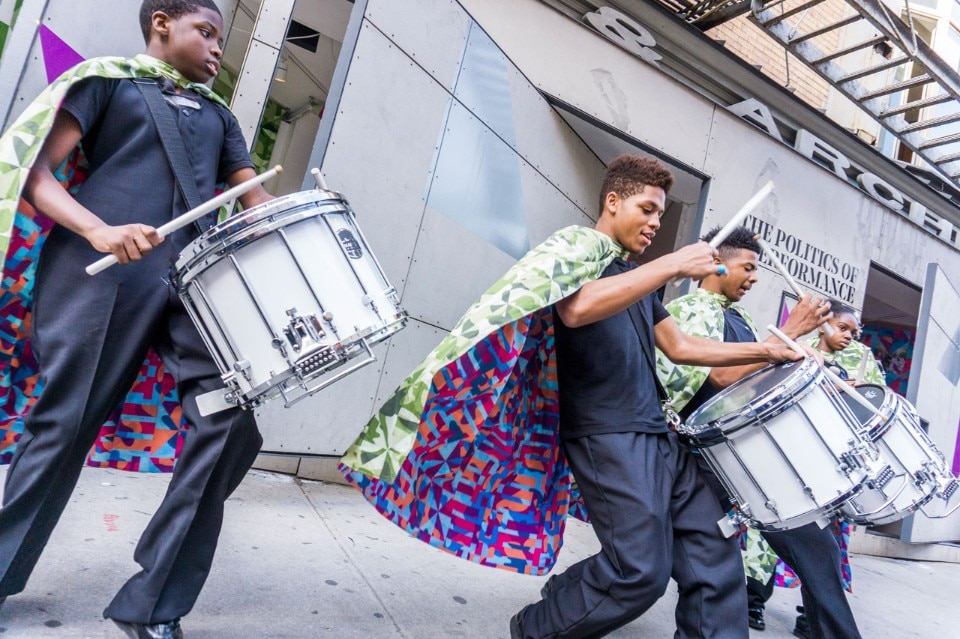 The Baltic Triennial was created in Vilnius in 1979 with the aim of giving visibility to work by artists from Lithuania, Estonia and Lettonia. Under the artistic direction of Vincent Honoré and a commission composed of Maria Arusoo (CCA, Tallinn), Kęstutis Kuizinas (CAC, Vilnius) and Renāte Prancāne (Kim? Riga), the thirteenth edition of the Triennial sees the involvement of all three Baltic states for the first time since it was founded. This choice, partially motivated by important social, political and cultural changes on an international level, concerns not only the area in question, but is an expression of a polyphony of contexts which extend the idea of a specific geographic situation towards a combination of influences and subjects.

Through the metaphorical image of le jardin créole (the Creole garden) promoted by the philosopher Édouard Glissant (1928-2011), Vincent Honoré specifies that this idealistic and geographic extension of the Triennial is not a representation of globalisation, but rather the co-existence of differences. Originally from Martinique, and a strong supporter of anti-colonialism, Glissant recognised the gardens, secretly cultivated in the Antilles at night after hours of work in the plantations, as a form of clandestine revolution capable of protecting individual identities from domination and unification.

Glissant was also a poet, and in this edition of the Baltic Triennial, there is a particular focus placed on poetry, not as a specific medium, an expression of verbal style, but as a new language which is capable of communicating the “poetics of relation”. [1] The poetry evoked here is not composed exclusively of letters, but rather adopts a rhythm which connects thought to the body.

The human body and its fragility are the central themes of the Estonian stage of the Triennial, held at the Tallinn Art Hall. The various identities of a fragmented, desiring, conceptualised, dying, restored body co-exist in a place which seems to go well beyond the physical parameters of so-called “reality”. Constructed in the 1930s, the functionalist Tallinn Art Hall not only plays host to various materialisations of bodies evoked by the participating artists but becomes itself a hosted and hosting body.

At the entrance of the exhibition hall, orality and listening are the first steps taken towards the deconstruction of verbal language personified by the voices of poets, musicians and choreographers brought together by Lina Lapelytė (an artist representing Lithuania at the Venice Art Biennale in 2019). The ears listen to a collage of voices which offer a good translation of the idea of a polyphonic identity, leading the visitor to the first floor of the exhibition space. Here, visitors walk on a work by Merike Estna, which is composed of a large painting which spreads its visual and tactile surface over a mosaic of ceramic tiles which portray sinuous waves of serpents. Continuing through the exhibition, we enter a room filled with green light. A number of verses of poetry are written on the ceiling and on the far wall, a transparent curtain separates the visitor form images of the sea, and of water. This is a work by Paul Maheke which completely surrounds the space, transforming it. The other works in the room are also immersed in this transformation, and the black and white photographs by Pierre Molinier or the fragments of bodies depicted by Ülo Sooster can be illuminated by a number of torches given to visitors. The spectator becomes an explorer of the sensuality which spreads between the virtuous lines of the body, which is rendered erotic in its intimate detail. Instead, two videos by Klara Lidén, in which the artist questions the body in an urban context, shine with a light of their own.

Light, and its constant changing in relation to the subject are fundamental elements in the exhibition. In the facing hall, the decision has been made to remove all forms of artificial light, and this choice is suited to the geographic and temporal positioning of the Triennial, as in Tallinn, in the summer, the sun never sets during the hours in which the exhibition is open to the public.

An intervention by Ola Vasiljeva on the glass façade defines the confines between exterior and interior. In this hall, we are welcomed by a large sculpture by Kris Lemsalu (an artist who will be representing Estonia at the next Venice Art Biennale in 2019). A spectral, childlike presence, composed of a hoodie and two large sneakers in ceramic, infests the surrounding environment from the top of the lower mast of a ship which is sinking in the midst of a number of blue balloons.

On the ground, the linguistic symmetry of the human body re-echoes in the work by Nina Beier through two locks of hair which drive two remote-controlled cars, and two massage chairs which shake an absence replaced by coins and electrical wires. The idea of the body which recovers objects found on the walk of life is present in the dark collages by Derek Jarman, who died of AIDS in 1994, Here, objet-trouvé and parts or images of the body emerge from the black backgrounds on which poetic phrases are inscribed (The Shadow takes on substance).

Through the works of Miriam Cahn, Carlotta Bailly-Borg and Achraf Touloub, we encounter undefined figurative shadows which overlap and coexist with the sculptural presence-absences by Daiga Grantiņa e Jesse Darling. The words of the body return, transformed, in the video by Hannah Black, or in the works by Ieva Rojūtė, to finally be lost in the sculptures by Michael Dean, in which a fossilised tongue rests on a torn book, open on a page which contains the dictionary of a new language composed solely of the letters “n” and “h”.

In the end – or perhaps this is only the beginning – it is ourselves that we find under the white sheet with two eye-holes cut out.