A pioneer of performance. Joan Jonas in London

Tate Modern hosts the largest exhibition of the American artist’s work ever held in the UK. 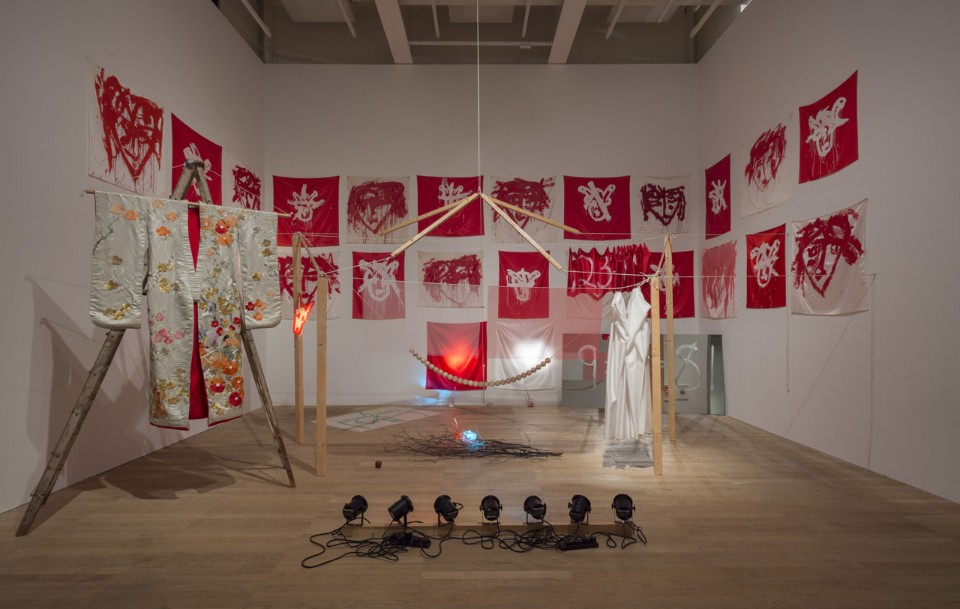 Until August 5, 2018 visitors of the Tate Modern can experience the largest exhibition of American artist Joan Jonas’s work ever held in the UK. Featuring early works from the late 1960s alongside recent installations dealing with topical themes such as climate change and animal extinction, the retrospective explores key elements of Jonas’s practice from her use of sound to the influence of Japanese Noh theater on her work. Some of her landmark pieces such as Lines in the Sand (2002), an installation and performance created for Documenta 11, The Juniper Tree (1994), and Reanimation (2010/2012/2013) are also shown.

Considered one of the most significant artists in the history of performance and video, Joan Jonas (b. 1936, New York) has pushed the boundaries of art for the last five decades and her lasting legacy has a powerful impact on contemporary artists today. Even though she originally trained as a sculptor, she quickly began experimenting with performance, video, and props after meeting influential choreographers Trisha Brown and Yvonne Rainer in the 1960s. She is a veteran of the late 1960s downtown New York scene and represented the United States pavilion at the 2015 Venice Biennale.

The exhibition also includes a ten day program in the Tanks with live performances by Jonas herself (until March 25) and a film retrospective of her most famous works in the Starr Cinema in June.