Interview with the Canadian artist who, at her first solo show in a German institution, presents a news series of eight sculptures in steel, leather and silk. 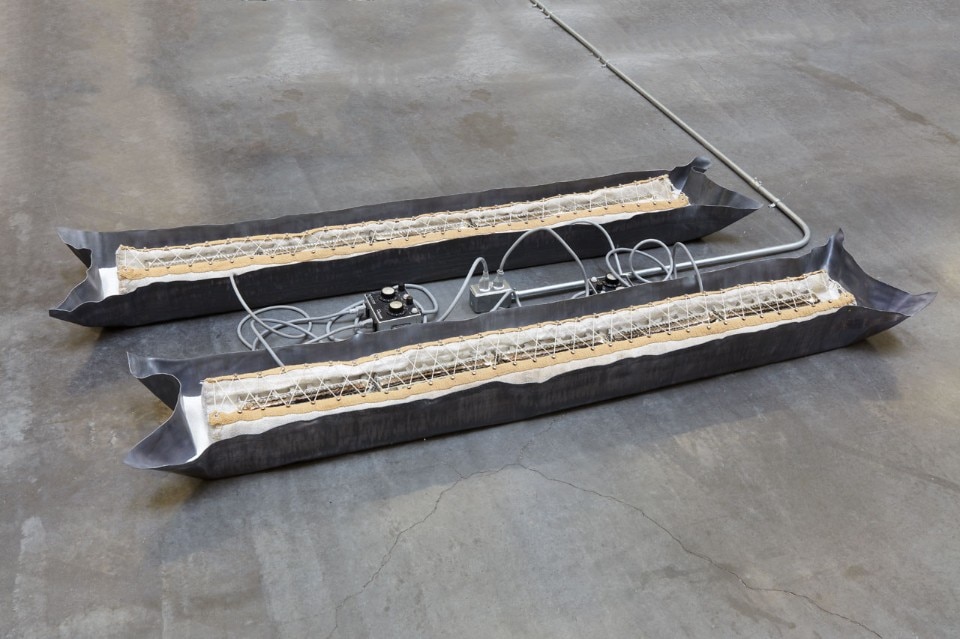 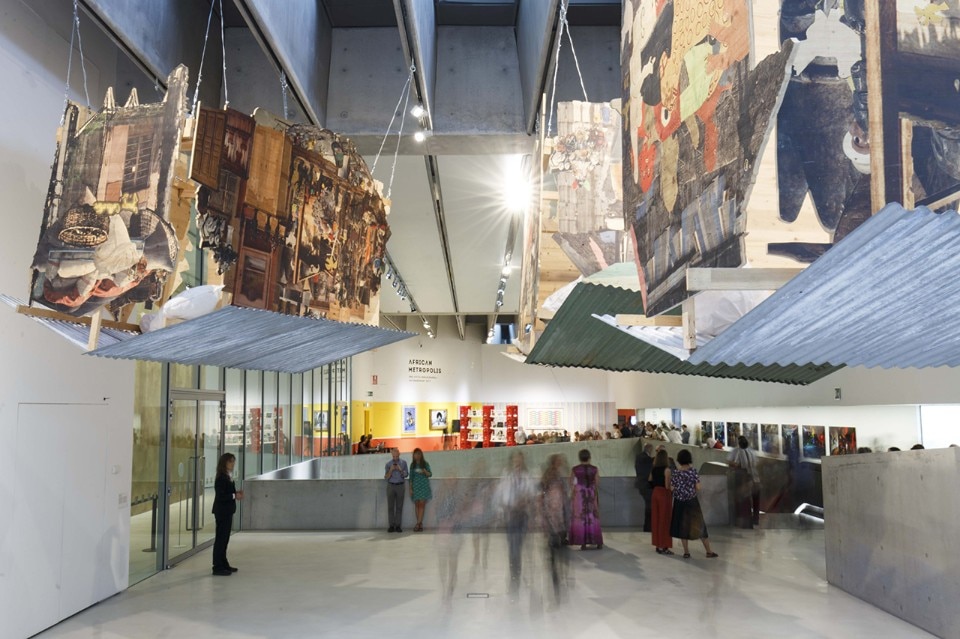 The artist Elaine Cameron-Weir was born in Alberta, Canada in 1985 and now lives in New York. She uses the technique of assemblage, fastening together artificial and organic materials to which she is attracted for their functional or potential properties. The reworking of details and the incorporation of objects to form larger experimental settings are central to her work, which shows a focus on mutation and regeneration. The exhibition “Exhibit from a dripping personal collection” at the Dortmunder Kunstverein until 22.07.2018 is her first solo show in a German institution. We met with Cameron-Weir to hear about her new series of eight sculptures in steel, leather and silk.

The Dortmunder Kunstverein introduces you as a futuristic alchemist. What do you think of this definition
It’s not Futurism with a capital F (I’m pretty sure they banned women in the manifesto anyway), and the word alchemy kind of makes me think of a wizard. But I would say it refers to a person interested in the future and in change from one state to another, which is definitely me.

The mix of strong symbolic references in your work is reminiscent of 15th-century medicine. Does this show perpetuate the aesthetic you’ve been investigating in the last few years?
It’s not a totally different direction, but I’m very close to it, so some people might look at it and say it’s different because of the rectilinear wall relationship these pieces have, or their seriality. But for me it’s a continuation of the things I’ve always been thinking about, maybe with certain aspects being more identifiable here. For example, I used sections of silk parachutes from World War II in the pieces. I’m often drawn to military equipment, but it tends to be objects that might be more obscure, less overtly identifiable as military than these parachutes, which have US ARMY stamped on them in places, from when they were decommissioned.

Your assemblage sculptures combine contrasting materials of organic and artificial origin. They imply a reflection on manufacturing and on our attitude towards the design of nature. Is this connected to something specific in your background?
My interest lies in human-scale ideas of functionality, as well as a kind of necessity of function that is a provisionality and how that connects to the will of nature to survive or to function. All of the equipment and things I like to use are modular objects designed for a specific use and this use is not hidden. I’m not sure what there is specific in my background that draws me to this, but I used to be fascinated with cages as a kid and one of my favourite toys was my cat's metal cage we put him in to bring him to the vet. The object had a similar kind of obvious function that I liked, scaled down to the cat. Of course my work is personal and psychological and has everything to do with what I think, but I’m not attempting to be biographically narrative.

You often include a laboratorial twist. Is this a device to keep the transformation process open, or to represent it in a more detectable way?
Potentiality is important to me, and state change (the alchemy thing). I have found that a lot of lab equipment is made to study and monitor state change, and so I use it. I like to have things heat up, or do what I want them to do without looking like a magic trick to me, I want the intent of the original utility to show, the cords, switches, clamps, bolts and so on.

You said you’re not attempting to be biographically narrative, but this attention to potentiality does entail some kind of narrative. Most of your sculptures look like objects made for unknown purposes, sets for actions left halfway.
I am definitely interested in narrative since narratives imply some kind of time passage or changing relationship, but I tend to not explore my personal biography by revealing it through my work as a narrative. That’s not a judgement on the right way to make art, it’s only what I’m inclined to do.

Have you ever thought of including performative elements in your work?
To a certain extent there are performative elements in some of the work I make, since it has to be maintained by a person. I’m thinking of the pieces that incorporate scent by burning or warming incense. Those involve an open flame or a laboratory heater and they have to be monitored and replenished while they’re exhibited. It’s kind of an incidental thing, and maybe it’s more about the maintainers' absence and the evidence of their actions than seeing them touching the piece. It's the potential for that relationship to be thought about in some way.

Speaking of perception, how relevant is the relationship with the audience in the conception of your works?
I want to communicate with people. That doesn’t mean I would strategise what I do so someone would have this or that reaction. I’ve always just assumed in general that audiences find things interesting if the person making them not only has an interest, but a need to make them. That’s an optimistic view I think.