The Magical World of Cecilia Alemani

Curator of the Italian Pavilion for the 57th Venice Biennale, Alemani talks about how she conceived the exhibition featuring works by Giorgio Andreotta Calò, Roberto Cuoghi and Adelita Husni-Bey. 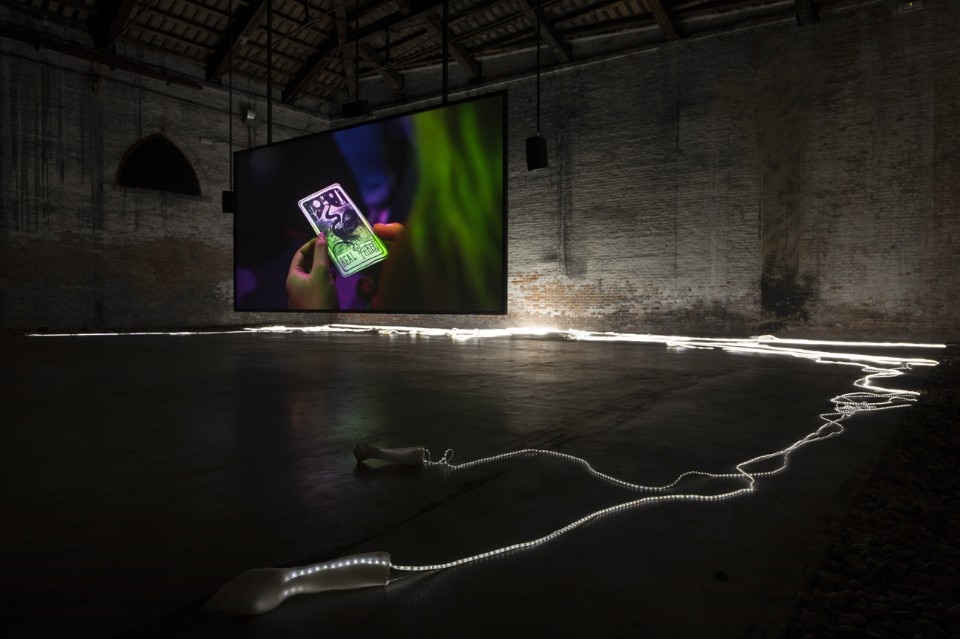 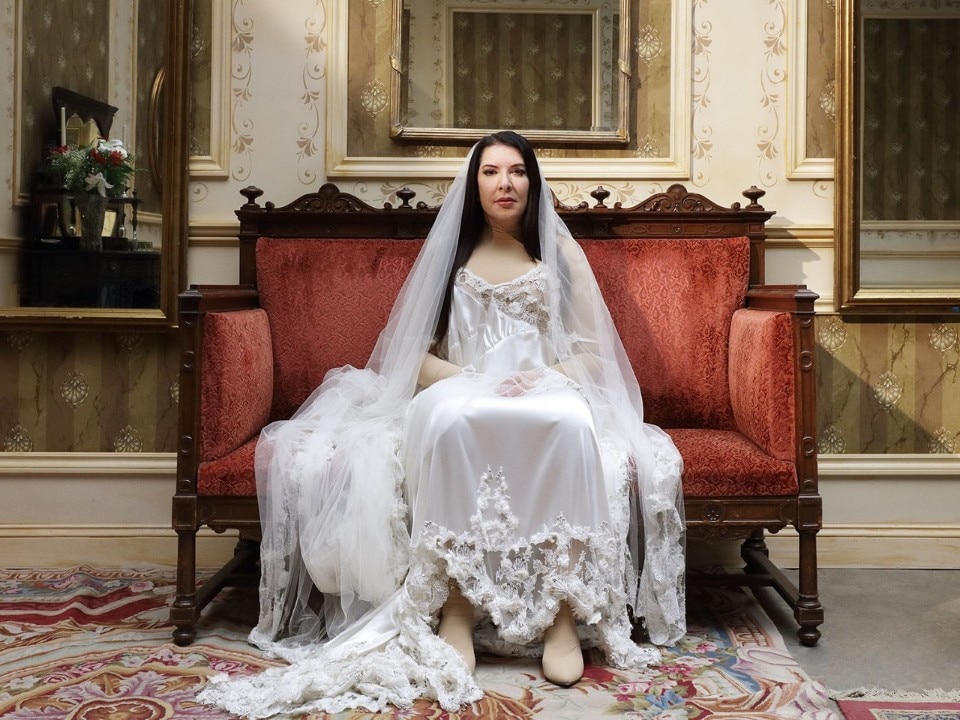 Within the context of the 57th Venice Biennale the Italian Pavilion, curated by Cecilia Alemani, inaugurated The Magic World, taking its title from the Neapolitan anthropologist Enrico de Martino’s important post-war essay.
Despite their many stylistic differences, the three invited artists – Giorgio Andreotta Calò, Roberto Cuoghi e Adelita Husni-Bey – are united by a deep attraction to the transformative power of the imagination and by an interest in magic. The ambitious installations of their works seem to open a new path for the Italian Pavilion. We asked to know more in our interview with the curator.

Domusweb: How does this project fit into the wider theme stated by the curator? How did you choose the artists and how are they correlated to each other?

Cecilia Alemani: Regarding the connection to the curator’s theme, the honest answer is that, in reality, there was no connection. Christine Macel announced her curatorial project in November, while my project had already been confirmed six month before. It’s a lucky coincidence that there are cross-references between the two shows. At the same time, I think there’s a common feeling of returning to the centrality of the artist, along with everything that surrounds the artist such as the studio, interpretations and influences, as Christine demonstrates. For me it was very important to concentrate on the work of just three artists, and to give them everything they needed to create a really ambitious project in terms of scale, but also with a bit more time and slightly greater resources compared to past years. We started work exactly a year ago. There was a strong drive from the ministry, but especially from the general management with the commissioner Federica Galloni, who insisted on the nomination occurring at least a year in advance. This made an important difference, as we not only had more time to find extra resources, but also that the artists also had longer to prepare such profound projects.

Domusweb: In what sense do you have a free relation with the Biennale’s theme? As a curator, what are the origins of your interest in this topic?

Cecilia Alemani: I’ve always been interested in this subject. I arrived at Ernesto de Martino via an unusual French path. About ten fifteen years ago, I was doing my thesis on George Bataille. Back then there wasn’t much literature on him in Italian, so I was reading a lot of French critical literature, including the philosopher Georges Didi-Huberman, who has written a lot on Bataille. But he’s also written about de Martino, which was very interesting because Didi-Huberman has also dealt with the dancing-mania rituals of Southern Italy’s tarantola and the evil eye discussed in de Martino’s books, such as Magic: A Theory from the South. All this aroused my curiosity.

Domusweb: What was the title and theme of your thesis?

Cecilia Alemani: It was all about George Bataille and his two years as editor of Documents magazine, which he directed for two years, from in 1929 to 19-30, in Paris. While he was director of this radical magazine which blended art, anthropology and contemporary culture, Bataille formulated his concept of formlessness… but that’s another story. He often spoke about the magazine and I developed an interest in it, so I read a few books. The topic of my thesis was also about George Bataille’s idea of formlessness and how this dynamic concept can’t easily be placed in the world in which we live. But that’s another story. I set out to rediscover De de Martino’s theory of magic, because I was particularly fascinated by his reading of magic not simply as. I found it fascinating because it isn’t just a flight into the irrational or a kind of secondary folkloristic knowledge. At the start of his career he studied magic in ancient populations, but then also in the Southern Italian communities of his times during the 1950s and ’60s. He argued that, in both cases, magic was a means for humans to reassert their presence in the world in a moment of existential or global crisis. The same happens in today’s society. I was intrigued by this positive and pragmatic interpretation of the recourse to magic, so I set out to identify and reinterpret the use of magic in the work of three artists whose pieces I believe are loaded with magical references. But it’s a kind of magic that can also be understood as an openness to imagination, poetry and fantasy. Not to suggest it’s didactic but, for example, for Giorgio Andreotta Calò, it’s been a very important reference. For Roberto Cuoghi, there are some interesting references from my point of view, but it isn’t necessarily a didactic citation of De de Martino, although his work is perhaps the most magical and metaphorical in the pavilion.

Domusweb: Regarding the rediscovery of de Martino’s text, do you think his theories of the 1950s and ’60s represent a possible path in our contemporary times?

Cecilia Alemani: I think it’s a different thing. In the 1950 and ’60s, de Martino was studying the very real magical rituals of the evil eye and sorceresses. Obviously, I don’t believe there are such things as spells, witches and fairies, but I wanted to adopt this idea approach to describe the world that surrounds us. I like to think that, in order to describe and take on the world that surrounds us, one does not necessarily need to rely, for example, on documentary methods, a means which was in much evidence at the last Venice Biennale. I find that this is a cold and rational approach which leaves no room for the creativity of the artist. I feel, instead, that the same result can be achieved by starting from different premises that also give space to creativity. I don’t think it’s necessary to do it with such a documentary style, as for example in the last Venice Biennale – in such a cold and rational way that leaves no space for the artist’s creativity. I think the same result can be achieved by starting from different premises that also accommodate creativity. I believe this is best demonstrated by Adelita Husni-Bey, because while her work is perhaps the least magical of the three, she sometimes uses fairy-tale fantasy to reconstruct reality and to tell a different story, nonetheless responding to everyday events. Her video, for example, also speaks about the protests of Native Americans in Standing Rock, so it starts from a very precise political event, yet it leaves space for utopia and fantasy in the voices of the young Americans who share fears and desires..

Domusweb: How did you meet her?

Cecilia Alemani: If I’m not mistaken, the first time I saw her was in 2010 or 2011 at an exhibition in Antwerp or Utrecht. She’s an Italian artist but she also trained overseas, having studied first at Goldsmiths University in London and then at Whitney’s ISP programme in New York. I think she’s better known abroad than she is in Italy. With her work, she’s become part of the biennial circuit of international exhibitions because she often takes on socially engaged relevant themes and has a very fresh appeal for international audiences, and maybe less so for the Italian public. Later I exhibited one of her videos about the High Line in New York, the city where we both live and met each other. She’s the youngest of the three, but perhaps she’s the one with a slightly more international artistic language.

Domusweb: Had you already worked with the other artists?

Cecilia Alemani: I got to know Giorgio well when he came to New York for the New York Prize in 2009–2010. Then he, too, did a project on the High Line. I’ve known Roberto personally for decades. Years ago we did a small thing together for a collector, but until now I’ve never worked on an exhibition with him. However, he’s the artist who I believe most deserves to be in the pavilion, because I think he’s one of the best Italian artists of recent decades.

Domusweb: Is his work also important as a reflection of the concept of icons?

Cecilia Alemani: Yes, the idea of icons, effigies and representation is also about the impossibility of portraying the historical Christ – the Christ as man shown to us through 2000 years of Italian and European art history. Roberto takes this impossibilityThis impossibility is taken to an even more extreme level, by even installing a factory production line of Christ statues in the first aisle of the pavilion. These almost generate life on their surfaces because they produce mould and bacteria, but at the same time they decay because they lose the water that they’re composed of. There’s theThey are a perfect example of that cycle of life, death, generation and decay that the artist is trying to stop, but he hasn’t yet succeeded. He’s always speaking about it, and for him it’s almostThis experimental process is, for Cuoghi, a new way of doing sculpture, in which chance, nature or somehow even magic can intervene and ensure that you have no control over the end result. That’s why it’s called Imitation of Christ, because it’s a multitude or multiplicity of Christs, but none of them are the real thing, or maybe all of them are real.

Domusweb: How do you classify the work of Giorgio Andreotta Calò?

Cecilia Alemani: Giorgio is an artist who for many years has been working on landscapes, industrial landscapes, and the lagoon landscapes of Venice or Amsterdam, which is the other city where he’s lived. For me, it was very important to invite Giorgio, since one of the pavilion’s premises was to rediscover the architecture of this wonderful building, which in past years I’ve found to be completely concealed behind walls or cells. I’d never really noticed how beautiful the pavilion was. Moreover, he had already worked in these spaces when Kabakov did an installation here during Szeemann’s Biennale. From the start we spoke about the idea of a work or project that would enhance the space rather than conceal it. His work represents a triumph of the space itself, with an installation that reflects, duplicates and projects the space of the Arsenale to infinity.

Domusweb: What has it been like to return to Italy?

Cecilia Alemani: I must say that it’s all been very calm and professional. Initially I was wary of all the bureaucracy and confusion. But in realityin reality, it’s been very easy because I’ve worked with both the ministry that commissioned the pavilion and the Biennale that produced it. They’ve both been fantastic partners. There’s always this myth that the Biennale is chaotic, but every year the Biennale opens on time and it is a very professional exhibition. on Tuesday the Biennale was open and it’s always been perfect. Maybe there’s no label, but there’s great professionalism. And concerning With regards to the Italian Pavilion, I think on both sides there was a will to change tack and bring it up to the level of other national pavilions. So there was a lot of enthusiasm and a strong desire for this pavilion to be a success.

Domusweb: Do you foresee other new Italian initiatives along your path?

Cecilia Alemani: I don’t know. My life is in New York, and I have a job there that I love. Obviously I’m still attached to Italy, and I like the possibility of working here. But it’s a bit like with the pavilion: the artists are Italian, but they’re also global artists so I’m not keen on attaching the “Italian” label. I’m pleased that I’ve worked on this project, but I’ll also be happy to return to the normality of New York.