Able of combining melancholy and euphoria, the Icelandic artist – whose project The Visitors is on view at the HangarBicocca in Milan – talks about friends, making art and listening to romantic music. 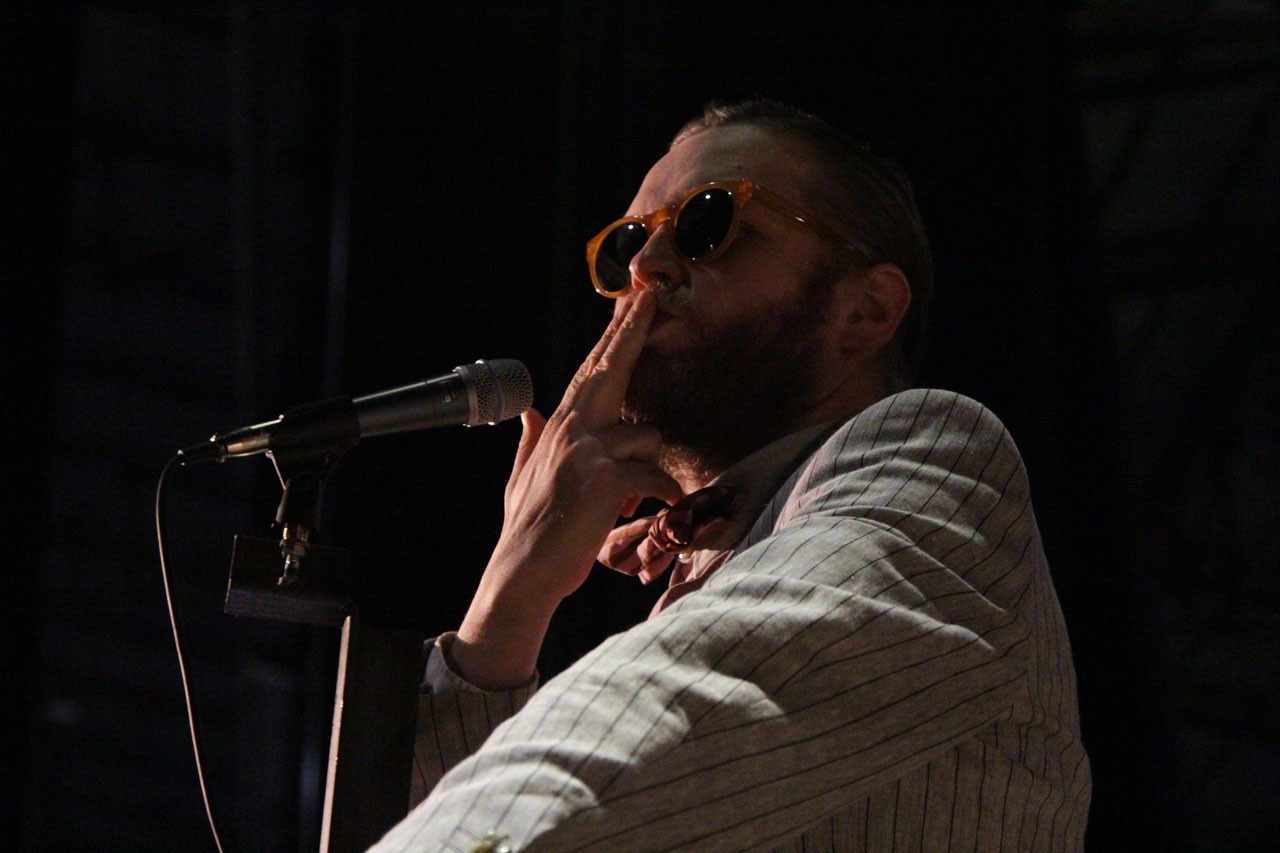 Bringing emotions and intensity to the main arena of the contemporary art scene, the Icelandic artist Ragnar Kjartansson – whose project The Visitors is currently on view at the HangarBicocca in Milan – has a unique way of creating deeply touching situations through his performances and live acts.

Kjartansson is able of combining pomposity and sanity, melancholy and euphoria, cliché and surprise, grandeur and humour as few others.

This conversation was articulated accordingly to such mastery in jiggling with contrasting terms, as certain concepts became anchors for a dialogue about friends, making art and listening to romantic music.

Irony/Sincerity. Irony and Sincerity are two sides of the same coin. There seems to be a prejudice against irony, which is often seen as the opposite to sincerity, but often it is actually a way of dealing with sincerity, a way to express what lies between the lines, and it can also be a very poetic way of communicating.

The Visitors is a very sincere work. Perhaps now that I have some distance from it, I can perceive a certain ironic element to it, but my intention was never to create an ironical situation. The main intent of the project was to make good music, music that felt good. There is a strong emotional element to it, a sort of crescendo that is present in the melody of the work, which was mostly devised by Davíð Þór Jónsson, who is the one who plays the piano, and with whom I often work.

In other cases it was different, as in Variation on Meat Joy, a performance that I recently did for the Tate, which was meant to be something that was broadcasted live, going directly to people's homes. It was a very direct piece because I was dealing with the Internet, which is so ironic in its own way that I kept thinking what kind of thing could you broadcast live. We transformed the set into a Rococo dining room in which many actors dressed with 18th century costumes were eating a steak. There were microphones all around to amplify the sounds of the chewing and swallowing.

In The End – at the 53. Venice Biennale, in 2009 – I was also irony and sincerity. It was a six-month performance in which a Venetian palazzo was transformed into a studio in which everyday I would paint the same scene and the same person: the artist Páll Haukur Björnsson smoking cigarettes and drinking beer in his swimsuit.

I am fascinated by the Bohemian artist, who is such a funny character. He incarnates the stereotype of the macho, of the violent male artist who takes himself very seriously, but then he is only making paintings, like children! It is such a cute job to be a painter, and it is funny how seriously people take it!

Friendship/Family. In a weird way I found art to be a really good way to nurture my relationships, as it happened in The Visitors, a project that was built upon friendship. I created a big excuse to spend a whole week with my friends. Everyone in the performance was my friend except Shazhzad Ismaily (the banjo player), the boyfriend of Gyða Valtýsdóttir (the cellist), who then became a friend. He is a fantastic guy, and something new happened, a new friendship that was born out of this. Everybody was deeply intertwined and it became a very close experience.

I’ve been working in similar ways for a long time. For instance Páll, the model of The End is a close friend, and then there all the pieces that I've done with Davíð Þór Jónsson, who will do the performance with me at the HangarBicocca. We are very close, and we keep our friendship going by finding ways to do things together. Perhaps this procedure comes from my relationship to music. Being a teenager and having a band is great fun, because while you are nurturing your friendship you are creating something, you are not just hanging out, which is what also happens in these projects.

I’m currently developing a work with my father in which we go up to the seaside to draw the sea together. We draw in exactly the same way and this becomes a way to pin down my father and to spend time with him because he is always so active, so this is a way to just have some father and son time. I’m creating spaces for my personal relationships to evolve and creating time for real stuff to happen.

Stage/Mise en Scène. There is always a stage! Whenever I do art there is a stage. When I sit down to do a drawing, I’m behaving in a theatrical way, as if I’m pretending to draw. The pretending side of things is very important for me: a sort of leap of faith out of reality that becomes more real than reality. In The Picture of Dorian Gray, Oscar Wilde writes “I love acting – it is so much more real than life”, a sentence that expresses well what I feel.

I grew up in a theatrical environment. I was always at the theatre, and there was reality in it, which was even more real than reality at home. My parents had a tense relationship, and in the 1980s my father wrote a play called Divorce, and my mother played the main role in it, but they were not divorced by then. It was as if reality was pretended. Probably he wanted a divorce, and that's why he wrote a play about it. Then, ten years later, they really got divorced.

So yes, the stage has always been a reality for me. It is as a solitary stage though: when you're raised in the theatre you are mostly there during the rehearsals, when there is no audience. It is the place where you see your mum and dad working, going on a stage without audience, so it becomes a mental place where you are alone.

Duration/Repetition. If you stretch it in time, performance becomes sculpture. If you take a linear story, a narrative, and you say it again and again it becomes a sculpture of what it being said. The same with drunk people: they are sculptures, they keep saying the same thing over and over again. When we loose our head we go into repetitive cycles, like those who suffer from dementia, who repeat the same thing on and on.

But repetition is also a great anchor, because creativity can be so depressing sometimes: you are facing a blank canvas, and you need to make something out of it, so you need to do some kind of repetitive ritual to avoid depression. Variations on a theme are the basics of any religion; think of the mantra, the prayers.

Soothing music is also about repetition. When you are in a bad mental state you are not allowed to listen to romantic music because it takes you all over the place and it’s very narrative. Romantic music is dangerous for people who are depressed.

Baroque music on the other hand is repetitive and calms the mind. Bach can be soothing, but Beethoven is not soothing at all, you never know what comes next! Now I'm working on a new theatre piece together with Kjartan Sveinsson, it will be called called The Explosive Sonics of Divinity. Kjartan is a great composer, and he is working on the musical score, which will be interpreted by a symphonic orchestra. I've been painting theatre sets, and the piece will be the music and the sets. No actors and barely any movement: tranquillity in the theatre!

It's going to be like theatre solitude, you just go there and nothing happens. Theatre is always about the narrative and I'm presenting a de-narrative work, which will take place on the 19th of February at the Volksbühne in Berlin. I'm also working on another piece based on World Light, a book by Halldór Laxness. This is a novel about the artist and the longing for beauty. It was written in the 1930s as sort of modernist critique as well as an ode to beauty.

As a radical socialist, Laxness wanted to reflect on the social role of the artist, so he started this book about a poet who lives for beauty to question the uncompromised aesthetic drive of the artist. But as the novel evolves, the main character takes over, and it becomes clear how Laxness is actually obsessed with the idea of beauty! It's a great book. My father did three adaptations of it for theatre, so World Light became a sort of family bible for me!

So next April I'm planning to do the impossible task of filming this story in Vienna. Most probably I will be narrator, and Davíð (Þór Jónsson) the main character.