Versatile, solitary, talented, the French artist brings an encyclopaedic video on the history of the universe to the 55th International Art Exhibition — Venice Biennale, which awarded her a Silver Lion at the event. 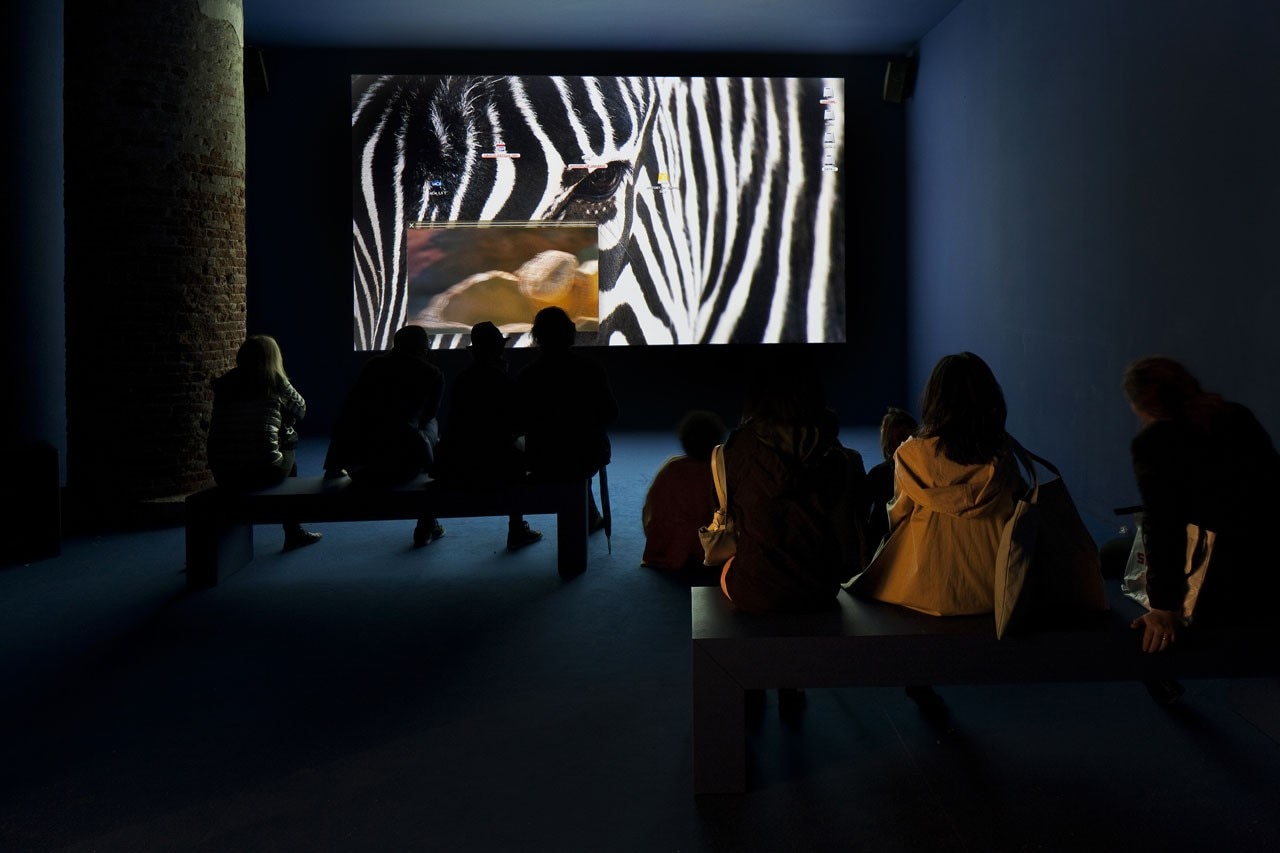 Versatile, solitary, talented. Born in 1978. For several years now, French artist Camille Henrot has been exploring the multiplication of the illusion of power versus the actual control that is contained in the way we look at the world. Until now, she has done so from the position that France's art world reserves for its non-militant female artists, which is to say the most uncomfortable one there is.

Women artists receive no forgiveness in this country lying just over the Alps from Italy — nor perhaps do they in most of "Latin" Europe. People smile, often with a bit of arrogance, at their projects, but had they been the work of male artists, they would cry out in marvel. And whenever women artists do finally receive recognition (often from foreign curators from other hemispheres or from northern Europe) people sputter about how their work is becoming weaker — no longer what it used to be when they started out.

Luckily, there are women who continue their work without allowing themselves to be pushed to the margins. If anything, they use the borders of where they have been confined to concede themselves total freedom to explore the fields that interest them most, which are often the most topical and least trite. They travel and often work abroad. They read. Their tastes meet those of the common people. They study. Very rarely do they become polemic.

The list would be long. For one thing, it would bring us to think that the fall of French art on the international market is to be attributed exclusively to the unbearable insistence with which no one dares defend and promote women artists in France. So much so that Louise Bourgeois, vernacular and refined at the same time, has been the only great artist in the last decades to be recognised both intellectually and commercially. It's not as if things are much better in the rest of the world, but it explains why the broad public of art exhibitions does not know much about Camille Henrot, despite that her several projects in recent years.

Almost as soon as she started working, Henrot decided to "penetrate" into the atelier of the architect-artist-utopian Yona Friedman, but she did it from the point of view of her dog. Then, when she began sculpting strange tribal forms, she made them from plumbing joints and water pipes or airplane wings. In one film projection, she overlapped the three King Kongs of cinema history — Peter Jackson's 2005 movie, John Guillermin's 1975 version and the 1933 original, creating a fascinating hybrid that led to a new film, populated by images that were at once in harmony and continuous contrast. These are simple yet powerful ideas, experiments undertaken in answer to the question: What happens when we experiment? To what degree does our conscience become refined and profound? And contemporaneously, how much are we losing attempting?

In recent years, Henrot’s projects have all been courageously diverse, defying the constant obstacle of the marketplace. She makes sculptures, films, installations, drawings, pictorial intentions for the future and, recently, even ikebana. The latter became a surprise hit of the last Paris Triennale at the Palais de Tokyo. A trace of each has remained in her "encyclopaedic" video Grosse Fatigue (2013) — about the history of the universe —, which won this year's Silver Lion at the Venice Biennale.

Grosse Fatigue is a curious hymn to foundation and creation, but above all to death and extinction. The soundtrack was composed by French DJ and composer Joakim Bouaziz — Henrot's companion — who leads music label Tigersushi, and includes a text that Henrot co-authored with her friend, poet Jakob Bomberg. All combine in what becomes a strange cauldron of myths and thoughts on the state of the world.

Like all self-respecting artists, Camille Henrot has two traits that irritate a certain type of art critic and spectator. These traits excite other non-prejudiced people. She has no problem with using popular codes. The use of rap in the prize-winning video at the Biennale receives a mix of enthused and negative reactions. She has no problem with quoting (sometimes explicitly, sometimes cryptically) complex, difficult books that are not read by the broad public but by sophisticated intellectuals. Here, she is demanding (for herself, and thus for artists in general) the right to break open the codes of academic citations in order to allow books to come alive without excessive complications. People have difficulty accepting this from a young woman who is the first to say that she has not yet found what place knowledge and instinct can occupy in the context of art. But that's a mistake.

Grosse Fatigue is a meditation on creation. Who knows if rap aficionados not used to such unusual clips will like it? Thirteen minutes recount the birth of the world and its risk of dying. What does our desire to make a picture of the world bring us to? In a predominantly philosophical manner, Henrot answers this question by overlapping and intersecting different computer pages on one screen. Among other things, she invents a new way of looking at what happens when we navigate different roads on the same desktop.

Here, she does not play Jean-Luc Godard's card of emotive fusion, but that of cataloguing and separation — of splicing. This time, Henrot is influenced as much by Matisse and his papiers découpés as by the Coupé-Décalé dance; by myths and humans' compulsive obsession to catalogue the world. Jean Starobinski and his lucid, dramatic examination of the encyclopaedia is not so far away from Henrot's universe with its Dionysian dismembering, the taking to pieces of the world by means of discovery, the interruption and caesura that become the orgasmic (here masturbatory) sexual love of those who are watching and reflecting upon themselves in the world.

What collection are we part of and why do we, in turn, collect? What do we accumulate and how long does what we accumulate live? Each of us is a succession of cross-sections of the world. But what happens to our life when we explore it and reveal it, from window to window? Moments of joy, festivity, colour, but also exertion and death. With love and desperation, Henrot filmed the wonderful and sinister embalmed animals of Paris's Museum of Natural History and the Smithsonian Institute, where she spent broad swaths of time. Camille Henrot will continue to elicit excessive approval and instigate discussion. And that's a good sign. Federico Nicolao