Founded by Marina Fokidis in 2010, Kunsthalle Athena is one of the most vibrant cultural institutions in Athens. Geographies and identity are at the base of its programme, and such is the case of the last experimental exhibition "This must be the place". 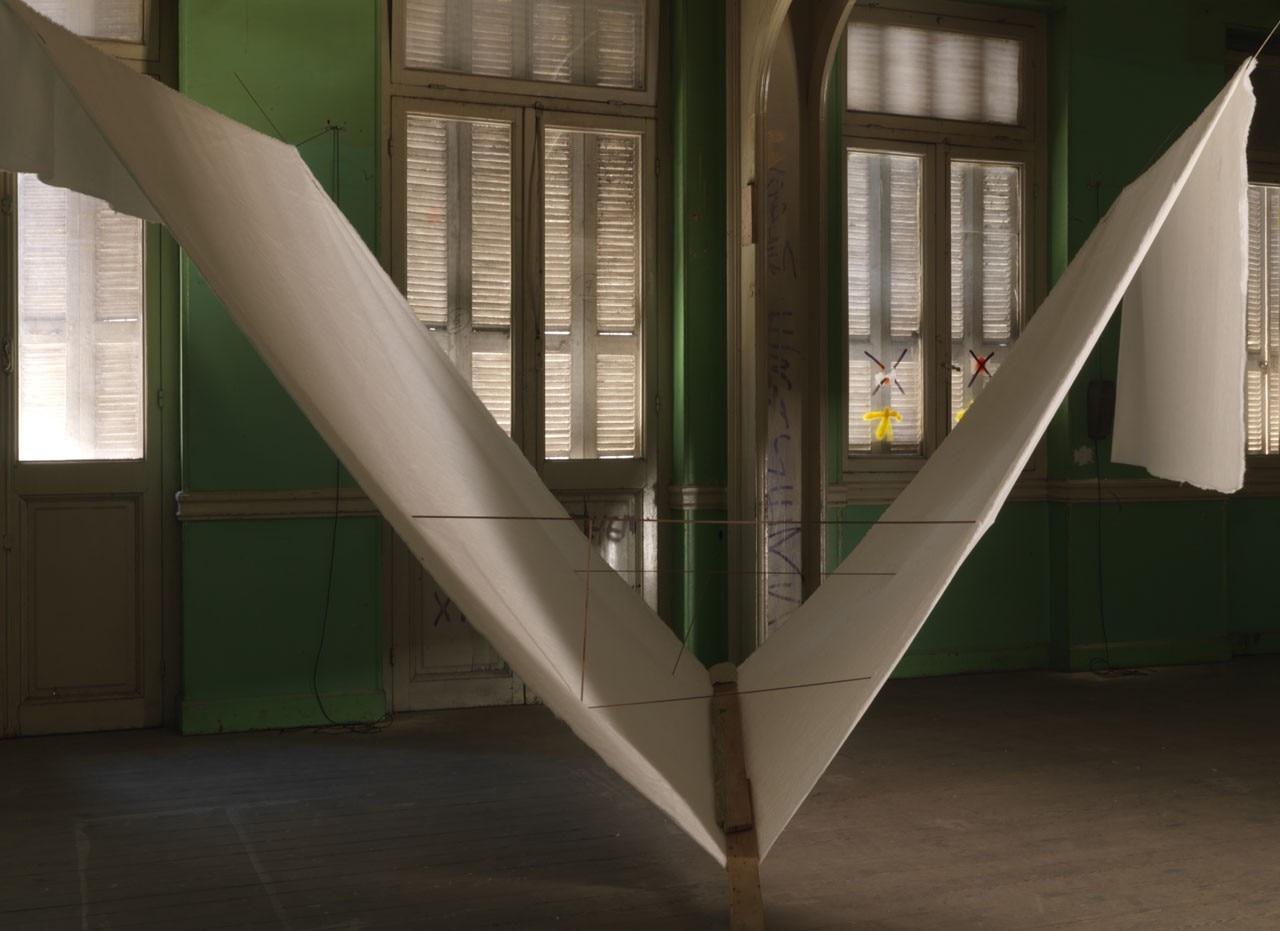 One cannot stop wondering if it is irony of fatalism that lead one of the most vibrant cultural institutions in Athens to choose to bear a German definition to shape its identity.

But the fact that the Kunsthalle term marries a Greek expression, Athena, is equally intriguing, as it locates this initiative halfway between the international stereotyped model of the Kunsthalle – mostly associated with Northern-European – and a deeply local experience provided by the Greek naming of its capital.

This desire to reside in such unstable boundary between the foreigner and the regional, and to develop its programme and initiatives according to such binomial condition, is perhaps one of the most significant aspects of Kunsthalle Athena.

Founded by Marina Fokidis (former curator of the Greek Pavilion in the 51st Venice Biennale, of the 3rd Thessaloniki Biennale and of the 1st Tirana Biennale) in 2010, Kunsthalle Athena makes full use of the available communication platforms and devices to expand itself beyond its geographical position and to reach larger audience.

Such strategy allows it to develop a programme that is deeply rooted in the local scene, and that explores and questions its nature and problematics. A good example of such balance is the magazine South, the winter manifestation of KA, which closes its physical the doors in the colder months and is turned into a theme-based publication that reflects on the concept of the South.

Geographies and identity are always at the base of KA’s programme, and such is the case of This must be the place, a large exhibition project with a strong experimental side, as it attempts to combine the solo shows of three Athens-based artists, Katerina Kana, Thanos Kyriakides  (BLIND ADAM) and Petros Touloudis with a series of other projects.

Such proposal consciously dialogues with the many layers that are constantly present within the stunning, immense, rundown site of Kunsthalle Athena, not only because the building bears the traces of its past functions and occupations, but also because there is a deliberate choice to preserve an artwork from each exhibition and to turn it into a constituent of a sort of permanent display that gradually grows and occupies the space.

And so it is that Petros Touloudis’ video, which documents a dead-end urban labyrinth from where one is unable to leaving is superimposed on Matthieu Laurette’s wall writing Let’s Make Lots of Money, thus acquiring a whole new sense. Or that Katherina Kana displays her meticulous, almost obsessive gesture of covering the many wholes of the walls of the rooms she occupies with strong-coloured plasticine.

Thanos Kyriakides operates an equally transformative operation of the site of Kunsthalle Athena, but one which is distinguished by its subtleness. Working exclusively with very soft, black wool threads, Kyriakides defines architectures and embodiments of invisible presences, which are not perceived but not seen.

Thanos Kyriakides operates an equally transformative operation of the site of Kunsthalle Athena, but one which is distinguished by its subtleness. Working exclusively with very soft, black wool threads, Kyriakides defines architectures and embodiments of invisible presences, which are not perceived but not seen.