Sixty years ago, Franco Rossi’s film Smog opened the Venice Film Festival with a completely skeptical vision of the modern architecture of L.A. 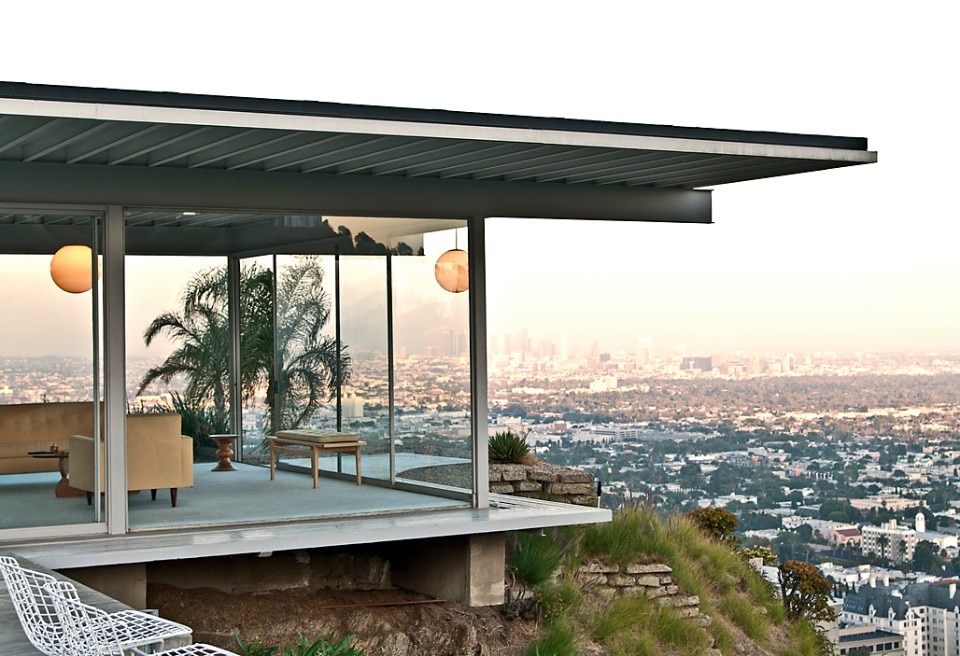 Sixty years ago, Franco Rossi’s Smog (1962) opened the 23rd Venice Film Festival. Victim of Titanus’ financial meltdown and prematurely sold to MGM following the Italian-American co-production, Smog disappeared. No critics, and even fewer viewers. The only 35mm copy was presented at Cinema Ritrovato in Bologna in 2022. The first Italian-American film shot entirely in Los Angeles, Smog takes place during an extended airport layover between Los Angeles and Mexico. Forty-eight hours in which Vittorio Ciocchetti, played by Enrico Maria Salerno, a young Roman lawyer, is literally and metaphorically inserted into the city’s traffic flow, stripped of his middle-class identity by an impressive flight attendant.

The events lead the protagonist to meet frantically with middle and long-term Italian emigrants. A group of no-longer-foreigners banded together under the cry: “we are in America with inventiveness and out on the edge”. Emboldened by the overseas camaraderie, lawyer Ciocchetti will gradually show his (rather low) nature as a child of the economic boom.

In addition to bringing on the screen an Italian view of the Italians who emigrated to America – including a shot we cannot be grateful enough for of an Italian taking a burnt pizza out of the oven – Smog tells a fundamental theme for the culture of designers: skepticism toward the evolution, proper or improper, of forms of living (or of infrastructure).

Three buildings inscribed in the history of modernism are subject to the protagonist’s gaze and his consequential condescending judgment: the Theme Building at Los Angeles International Airport, Pierre Koenig’s Stahl House, and Bernard Judge’s Triponent House.

Designed by Studio Pereira & Luckman in 1961, the Theme Building carries with it the protagonist’s first reaction: indifference. A disc glided over the hills of the promised land and supported by 4 titanic arched legs of at least 5 meters, designed to look at international passengers and remind them how out of scale they are. At its feet (or rather legs), a striking modular pergola represents the first iconic space to which Ciocchetti dedicates the presumption of those who are children of a millennial culture. His passage is marked by the enthusiasm of someone crossing the hallway of his own home. An Italian abroad convincedly committed to not looking like that.

The most analyzed interior is that of the Triponent House, a geodesic dome made of Mylar, the same material Sputnik is clad with. A space of intentional simplicity: aluminum and resin skin, bathroom/kitchen core, beyond these, space. A form of living that an individual will be able to afford without spending most of his/her working life on it, are the words of Judge himself. Moved by the primal instinct to reclaim the surrounding nature, this architecture of organic intent sums up the industrial and technical potential of postwar America to build low-cost homes that can be an experience for their tenants. Our compatriot’s reaction could not stray further from the enthusiasm of this quote.

Indeed, the lawyer, overtly amused by the mere thought of being able to make a shelter out of it, goes so far as to question, in a conversation with the future owner, the possibility that such a space could contain feelings. “So, she will actually live – how can you say – in this house? I don’t know, only when the rain falls, I get anguish, and then she really believes that there can be feelings, affection, everything a family requires here…” To be fair, Judge’s experiment was rather short-lived, his wife lived in the bubble for only a year, and the structure was dismantled in 1977, but Ciocchetti could not assume that.

The last environment is represented by the Stahl House. In the plot, it is the future home of the female protagonist Gabriella (Annie Girardot). Originally, the project was the result of its owners, Buck and Carlotta Stahl, but then, in 1957, it was entrusted to Koenig. A vision that owes so much to van der Rohe and certainly represents a form of living closer to tradition than Judge’s design. Gabriella, an Italian American who walked away from a salary of 50 liras directly turned over to the maid and the only real positive character in the plot, is given the task of humanizing the home.

From the time she accompanies the lawyer Ciocchetti through the large glass window pointing out to him its use as a front door, to the less pleasant conversations about the death of the previous owners’ son drowned in the cantilevered pool that made her sale price affordable. The house though unfurnished lives on in the presence of its future owner, reminding us how each shelter is the result of individual desire, and we cannot help but feel a subtle, childlike emotion when on the threshold, as she is about to take the lawyer to Culver City, she asks him why he does not say goodbye to her home before leaving, in the more than concrete assumption that he will never see it again.

Ciocchetti’s impasse, constantly relegated to the interior dimension like every other character, ends circularly with tête-à-tête between individual and architecture, but contrasted with the calm superiority flaunted in the airport stroll, we find him, this time, a prisoner of the Triponent House, in the first and only feral and malignant vision of avant-garde architecture, lulled by the domestic memory of his fiancée Maria Beatrice’s 18th-century villa waiting for him when he returns.

Read also: 5 films in which architecture is protagonist, suggested by 5 architects
Share