Exploring the archives, Fulvio Irace revisits a project where the ancient was incorporated as a “living memory of the past”, the Terme Regina Isabella on the island of Ischia by Ignazio Gardella, published by Gio Ponti in Domus 268 (March 1952). From Domus 1044. 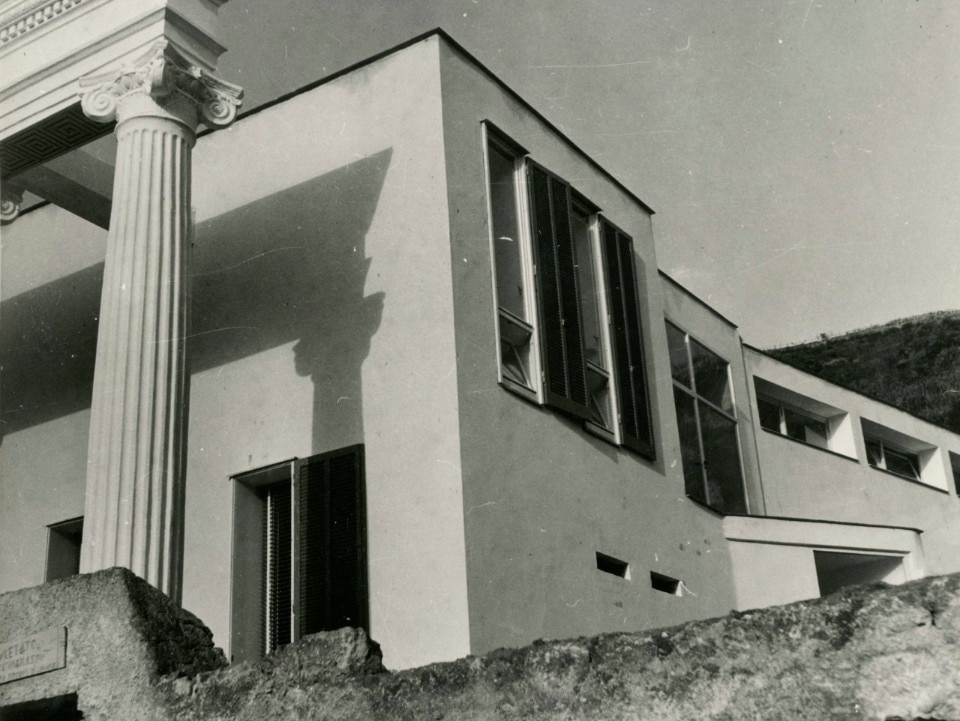 This article was originally published on Domus 1044, March issue.

In an article titled The latest on the new spa of Ischia, published in March 1952, Gio Ponti presented the readers of Domus with a small work by Ignazio Gardella: the Terme Regina Isabella at Lacco Ameno, on the island off Naples. Building work was still going on, but the haste to publish was justified by at least two good reasons.

Firstly, the area was dear to Ponti because it reminded him of the period of his Mediterranean wanderings with Bernard Rudofsky. The second was that the architect was Ignazio Gardella, the young master of non-sectarian rationalism, whom he had praised in Stile in 1941 for the “innate elegance that confers a spirituality to his achievements of chaste simplicity”.

Only a few months earlier (Domus 263), he had enthusiastically commented on his Casa al Parco, which marked the start of Milan’s post-war architectural recovery, becoming an emblem of a mature modernity due to its independence from the dogmas of rigid rationalism. Ponti loved Gardella’s “straightforward and candidly simple forms”, their “slenderness” (characteristic of the new Milanese school), and the autonomous judgment he displayed in interior design, where more important than any function was the weight of memory, or rather, paradoxically, the surfacing of a weightless memory, which coincided with his idea of tradition. These are the themes that attracted Ponti. He saw them clearly in the new spa on Ischia, where Gardella had landed in April 1950, with the task of designing an expansion of the wellness industry, following a commission from a group of Milanese physicians. The project took him a long time, working by trial and error, like a dowser searching for a seam of water. He studied continuous variations because he rejected the idea of a typology being fixed to the ground. Rather, his constant, millimetric variations reveal his wish to raise a form from the setting, so that in the end the building resembled an egg in its nest.

Having discarded the initial idea to erect the new building behind the earlier late-19th-century complex, he sensed that building in the centre of Ischia meant proceeding with slow, motivated steps, taking care to calibrate each new volume with the delicate environmental balance of a simple, rustic architecture.

This approach closely recalled the ideal of sophisticated pauperism in his coeval town houses at Cesate, on the outskirts of Milan. As soon as Gardella arrived, he took numerous photos portraying the essence of the natural and anthropic landscape, capturing the signs of living human history adapting to its environment. This reinforced his belief that the problem was not about inventing new forms, but working within existing ones. He rejected preordained schemes and consolidated typologies in favour of arrangements and alignments embodying the landforms, the remains of antiquity and its enduring traces.

He decided to keep the remnants of antiquity, such as the Greek wall (which entailed curving the wall of a treatment room) and the Ionic portico of the original complex. While this latter element remains one of the new spa’s most distinctive features, Gardella refused to see it as an “archaeological landmark”. Instead, he cast it in the role of a “living memory of the past”.

As Aldo Rossi wrote, in Gardella “experience blends with memory”, and “the new and the old mingle with his acceptance of the spirit of the time”. The Ionic colonnade was preserved and suspended from the modern facade behind. This echoes the spirit of some Milanese interiors, where the portraits of ancestors and period furniture are rearranged as meagre compositions on thin walls.

These are the “purified rhythms” that Ponti spoke of. The chalky white of the portico stands out against the pink background of the facade, creating an in- dependent landscape. The thin T-shaped apertures repeat the line of the entablature. Dizzyingly vaulting over a century, the eclectic becomes contemporary. The bodies are set out of phase, following alignments that coincide with sightlines to the landscape. The courtyard at the side – in Pontian style – is an asymmetric void that unifies all the interiors. The elongated apertures are windows that capture the kaleidoscopic surrounding landscape and transform its many fragments into the unity of an original and surprising place.

Read also: Beyond critical regionalism, the case study of Estudio Iturbide by Rocha+Carrillo

Opening image: the black-and- white photos of the original article omit the chromatic juxtaposition between the pink plaster on the side of the building and the chalky white of the columns. The eaves coverings, windowsills and exterior wall footings, meanwhile, are in green majolica. Photo Archivio Domus.

Fulvio Irace is full professor of history of architecture at Milan Polytechnic. An architecture columnist for Il Sole 24 Ore, he has written several monographs on Italy’s leading architectural figures of the 20th century. He has also curated various exhibitions, including “Gio Ponti. Loving Architecture” at the MAXXI in Rome.