Richard Rogers: the autobiography of the immigrant who became a Lord

In an ironic and modest manner, the designer of the Centre Pompidou recounts his long career, often skipping mention of his architecture, while clearly expressing his ethical and political values. 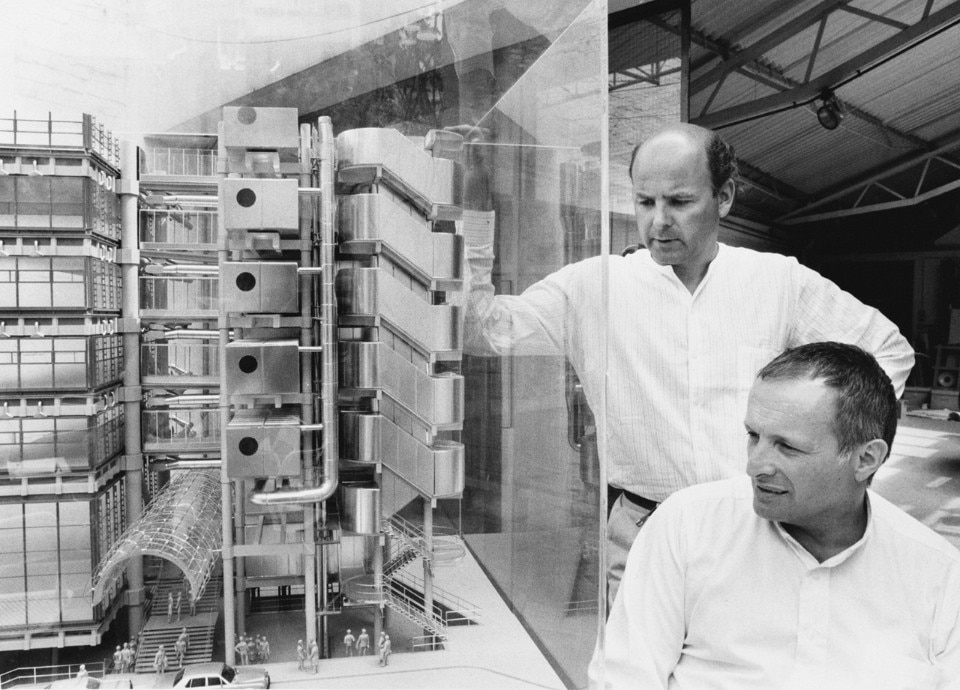 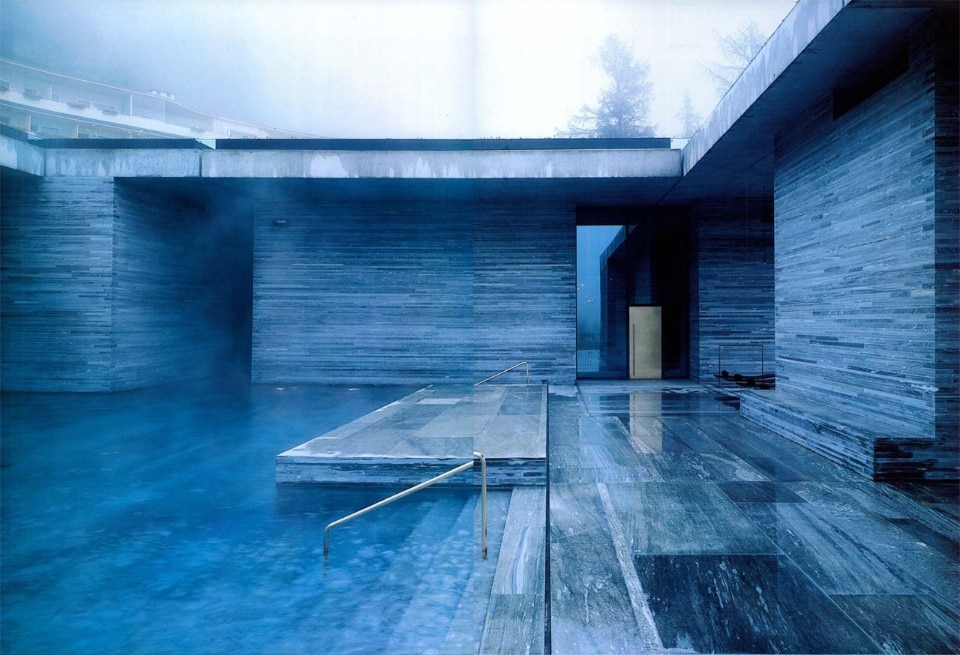 Usually, biographies on architects are more auto-mythical-biographies, in other words, retroactive self-congratulatory works, orations written to justify their own work and egos, often with a romantic twist, as with the example of Frank Lloyd Wright - at times insufferable.  On the contrary, the one recently published by Richard Rogers, A Place for All People:  Life, Architecture and the Fair Society (Canongate Books, 2017) is a contrast to the innate megalomania of almost all architectural personalities, thanks to his systematic use of self-irony which is evidently well-rooted in the tradition of Jewish witz. Despite having achieved all of the goals that an architect could possibly aim for, Rogers does not hide the difficulties encountered during his long career, and on the contrary, often makes light of his work in order to better express something which architects very rarely expose, which is his own ethical and political, as well as professional values, without irony or pretence.

For this reason, thanks to his light-hearted tone, it is a very enjoyable read. One relaxes with the designer who, after thousands of social battles, at a certain point saw his progressionist standpoint prevail, although times are changing radically, considering the overwhelming return of post-Brexit sovereignism.

Born in Florence in a fateful 1933, his father from Venice and his mother from Trieste, Rogers is a result of the Italian racial laws which were passed exactly 80 years ago. It was this that forced the family to emigrate to London, leaving their relatives in Italy, including his eminent cousin Ernesto Nathan Rogers, and it was to have a great influence on his education, although the architectural style of the BBPR, where he worked for a brief period, was very far removed from his output which followed, and from that of the pupils of the Trieste-born architect. Shortly before his death, the ex-director of Domus and Casabella said of Le Corbusier: “ I do not see history as an objective that has been reached, or is to be reached, which concludes in definitive perfection, but more as a problem that presents new experiences, which require the contribution of the creative and critical responsibility of each and every one of us [1]”. The same year, Richard published his first article for Domus, dedicating it to his most favourite architecture, the Paris Maison de Verre, interpreting the statement of his famous cousin in his own way: “While Le Corbusier’s architecture is a play on volumes and masses, a monument, this architecture by Chareau is, one may say, a structural skeleton enclosed in a ‘membrane’, and animated from within by mobile partitions which are freely distributed within the space [2]”. This is why, in a certain sense, the Centre Pompidou design was already present in nuce in this observation.

A childhood in Florence and London, and then a reckless youth spent in Venice and Triese, where Rogers was posted for military service in the last year of British occupation of the city (and where he was also reunited with his mother's family, the Geiringers, including his grandfather Riccardo, a director at the Generali insurance company), it was in the difficult environment of post-war London that he developed amongst all the problems of adaptation typically faced by immigrants: language problems, accentuated by his congenital dyslexia, in a period of financial difficulty and in a suburb which was still enveloped in the mists and smoke of coal-fired heating. The surprising Labour victory in the 1945 general elections marked forever the adhesion of the Rogers family to the values of equality and socialism. His first wife, Su Brumwell, was also a Labour supporter, and was with Rogers during the years of the Architectural Association and, from 1961, in Yale, attracted by the crude teaching of Paul Rudolph and his delicate and light constructions built in Florida, discovering the strict military-like organisation. “It was practically a boot camp for architects: even before they failed their exams, some students literally collapsed”.

At Yale, Rogers met two English students, Norman Foster and Carl Abbot, and with Abbot’s Volkswagen, they toured the USA together to explore the Westernmost cities. In the myriad of encounters and discoveries of the American period, (Rudolph, Neutra, Schindler, Sullivan, Eames, Mies, industrial architecture), on hindsight, Rogers feels that it was his meeting Louis Kahn, with his distinction between served and servant spaces, as well as with Frank Lloyd Wright, which influenced him the most. What the Italo-English architect never ceases to stress is the importance of teamwork, the importance of his numerous collaborators from Team 4 in swinging London, right up to today, via the central chapter dedicated to the winning of the call for tender for the Centre Pompidou and its plaza, which proved to be the winning element. His design group was formed not only of architects of different diplomatic or engineering bent, such as Gianfranco Franchini o Laurie Abbot, among others, but also of many engineers, above all Peter Rice, while according to Rogers, Renzo Piano in the end took the role of project manager. “It was therefore down to Renzo, with his stable and rational temperament, to resolve both daily problems and moments of crisis which regularly interrupted the project [3]”.

The second part of the book is dedicated almost entirely to the political and cultural battles of Rogers in later life, when he returned permanently to Italy following the inauguration of the Centre Pompidou in 1977 and began to organise debates and lobby groups of various guises. The pedestrianising of Trafalgar Square and the recovery of other degenerated areas along the Thames, aimed at recreating a relationship between the capital and the river, were the two main projects in the 1980s, while from the ‘90s onwards, he had more ambitious aims, thanks to his becoming a Lord and a consultant for the Blair governments, heading the Urban Task Force and, later, the Architecture and Urbanisation Unit set up for London by “Red Ken” Livingstone. His battles in defence of public space and against all forms of ghetto (both for the poor in the suburbs and for the rich in their gated communities), for an idea of a compact city served by public transport, respectful of the environment and a dedicated moderniser led him to clash directly with the champion of all architectural reactionaries, see the sarcastic paragraph “Prince Charles’ carbuncles” [4]. Thus, the great works of later years produced by the Rogers studio are eclipsed, such as Lloyd’s - a coincidence for one who descended from the founding family of one of the first insurance companies in the world, Le Generali - inspired by Wright’s Larkin Building, Madrid Airport, and the Courts in Bordeaux. His long life passed without ever putting on a tie, except in the house of Lords, where it is compulsory, has seen Rogers receive the most important forms of recognition, such as the Golden Lion at the Biennale in Venice and the Pritzker Prize, without saving him from a number of bitter moments such as the loss of his youngest son, who died in Vernazza following flooding, or the adversity of the contemporary political scene. Despite all of this, Rogers looks to the future with optimism. Despite apparently being the Champagne socialist architect par excellence (a house in front of Christopher Wren’s Royal Hospital, holidays in Chiantishire, his wife Ruthie’s very chic Italian restaurant, his many designs erected in the City, the symbol of capitalism), one could never accuse him of incoherence. The firm Rogers Stirk Harbour + Partners is a model organisation, as it was the first in England to state in the by-laws that members cannot earn more than six times the salary of a junior architect, the first to introduce paid leave for pregnant staff (also now for fathers), and the first to annually devolve a part of its profits to targeted charities agreed on by the entire firm - and all of this since the height of the Thatcher period.