Work by Nanda Vigo is at the centre of major rediscovery by institutions, galleries and collectors. Domus Archive contains highlights of her path from young Milanese woman to the iconic figure. 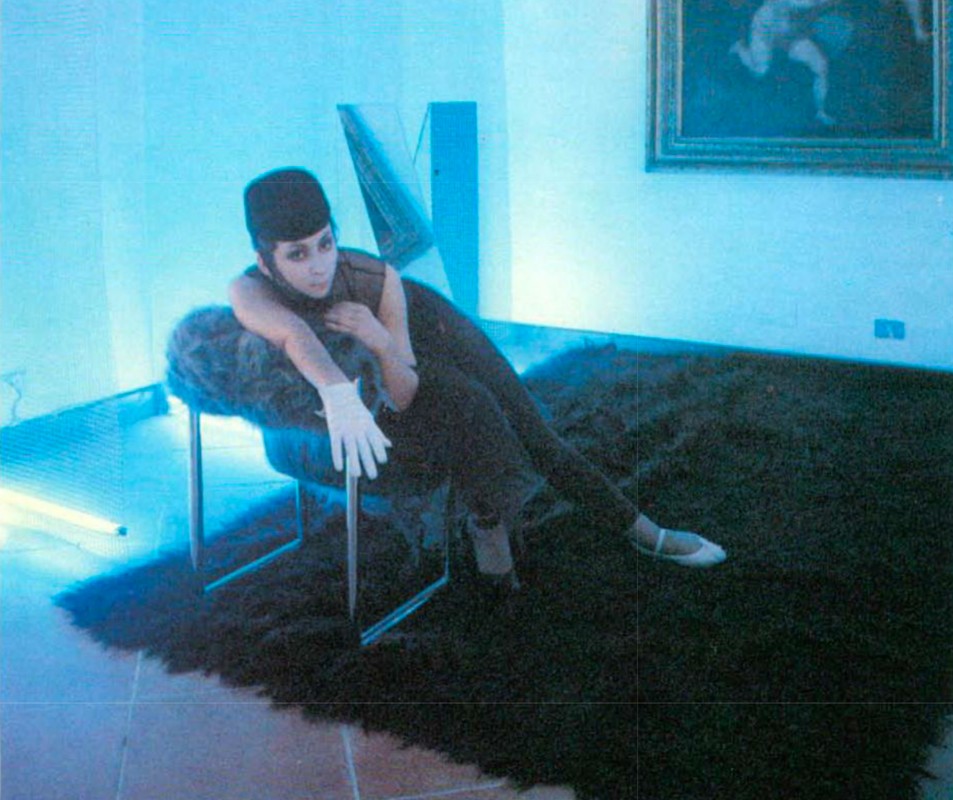 We caught a glimpse of Nanda Vigo in an exhibition in HangarBicocca in Milan back in 2017, happily perusing the spatial environments of Lucio Fontana (1899-1968), with whom she collaborated in the years before his death, particularly on a piece called Utopia. Born in 1936 and recently passed away, Vigo was a pioneer who has never stopped experimenting. In the last years of her life she came to be more popular than ever among young designers, artists, collectors and all those who appreciate indefinable personalities that cannot be categorised in artistic currents or sectors of human knowledge. Vigo has been one of the few to integrate architecture, design and art. Her rooms made of light are dreamlike places suspended in space and time, yet they never stray from the rational structure given by modern architecture. Along with Fontana and Giuseppe Terragni, Gio Ponti was a reference to her, the maestro from whom she learned the total and eclectic art of conceiving space. There are traces of her work in the pages of Domus, highlighting of a career that brought a young Milanese woman to become an international iconic figure.

In February 1965, the magazine published an atrium she designed in an apartment building in Milan. The singular furnishing of this space is a rare example of contemporary artwork effectively integrated into the architectural surroundings. The project contains one piece by Fontana and one by Enrico Castellani. A Cronotopo by Vigo made of sliding panes of acid-etched and textured glass features on a wall of the atrium, reflecting and multiplying natural light. In the same issue (number 423), we find another lesser-known project of hers, an experimental, unbuilt "cemetery in the form of a tower".

Published on Domus 451, an integrative experience was realised by Nanda Vigo, at Apollinaire in Milan: her "chronotopic liveable environment" is made up of the sheets of glass that she ordinarily uses in her parintings and that have been covered with rhodoid dividers and variously illuminated. But the whole creates an autonomous and highly stimulating environment; to enter into it, selecting the coloured  light and free to adapt oneself or not to the new conditions gives one the possibility of living art without knowing it.
Is it architecture?

Nanda Vigo and Cesare Tacchio, a Hall in Milan, 1965

Nanda Vigo and Cesare Tacchio, a Hall in Milan, 1965

Nanda Vigo and Cesare Tacchio, project for a vertical cemetery in Rozzano, 1965

In Domus issue 470 (1969), Ettore Sottsass writes, "For some special reason, Nanda Vigo has always had dealings with interplanetary affairs, with interplanetary lights, with interplanetary spaces, with deserts of interplanetary colour, with absolute voids, and with the zero. It must be because the ancient dream of saving oneself from the fray by putting oneself in some special corner has been chasing her, too, poor girl. That would be a corner to look at the cosmos, which is definitely not a science-fictional cosmos (mixture of adventure and military programmes). Of course Nanda Vigo does not make science fiction. She seeks in physical zones for what is aseptic and untouchable, suggesting that material becomes aseptic and untouchable only when it arrives at the end of its adventures, seeing that in the end everything has been corrupted and touched. It's when there's nothing left to touch, there's no reason to; it's not worth it, nothing more will happen. It seems to me that these are the zones where Nanda Vigo would like to take refuge, or at least they are the places she indicates we should go, or maybe they are the places where she thinks we'll end up going if we continue this rat race to total and permanent consumption, waste and the bad use we make of the things of life – it's not really clear."

In June 1982 (Domus 629), Rosa Maria Rinaldi writes about an apartment that she conceived with Vincenzo Agnetti: “The first impression, which is also the last as one leaves the room, is that of an interior and art project that moves among tangible objects and virtual imagesm following a course that knows nothing of pauses, times and space. (...) It is a design calculated to erase the distance between the possible –the real; and the impossible – the memory. The recourse to pretence widens, more than one thinks, the limiting possibilities of real spae and directs one's footsteps into otherwise forbidden zones. (...) The recipient is struck more by the impossible images – the reflected ones, that by the reality in which he moves. The virtual image is made credible precisely because it fits into a system of relations between objects and existing persons. This remarkable interior acquires a funcional legitimation of its own. The more darng the pretence appears the more one is driven to investigate the site of reality.

Alessandro Mendini interviewed Nanda Vigo on Domus 653:
Alessandro Mendini: “Do you like Italian ‘bel design’? Do you feel you're left on the side?
Nanda Vigo: “I like it, with its many famous names, but don't know to what extent I'm part of it, emargination is a problem for others. I'm an occult designer, I prepare designs and toss them in the air, then someoune puts them into effect; before, several months passed between preparation and realisation, now only a few months.