OBBA completes a floating pavilion on the canals of Bruges

For the Triënnale Brugge 2018, the Korean studio makes the “Venice of the North” channels accessible with a temporary intervention. 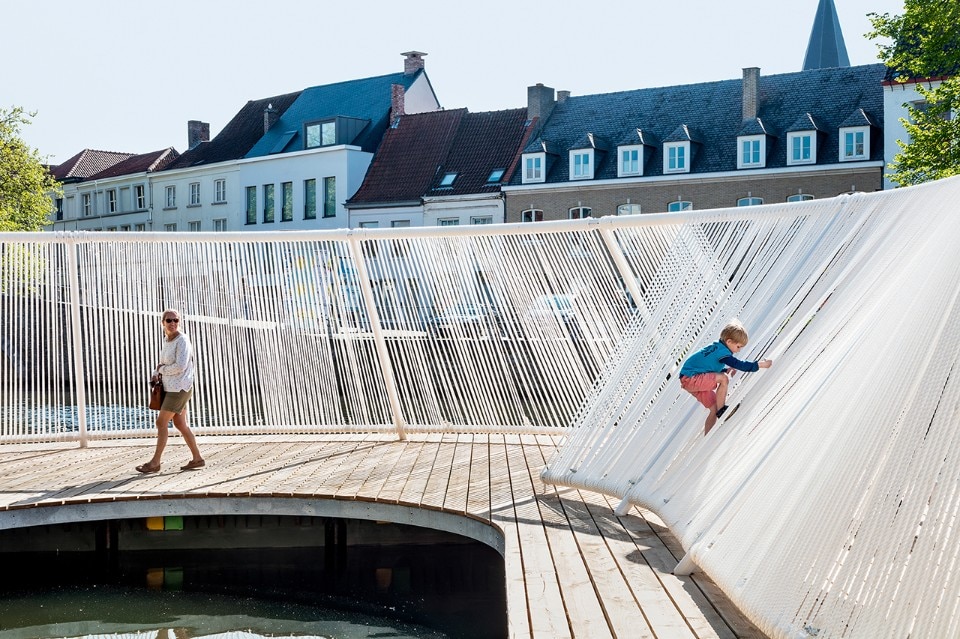 Brugge, in Belgium, is an exceptional Medieval settlement, which over the centuries has maintained its historical fabric, characterised by the particular Brick Gothic, present mainly in northern Europe and the Baltics. The so-called Venice of the North was enclosed by walls that remain clearly visible, emphasised by the four surviving gates, the ramparts and one of the defence water towers. Declared a UNESCO World Heritage Site, Brugge is crossed by a canal from which it is possible to admire the urban landscape.

Sign up for our newsletter and get domus in your inbox
OBBA, The Floating Island, Brugge, 2018
01 / 12
Share
Pin it

On the occasion of the Triënnale Brugge 2018, Korean studio OBBA has been commissioned to intervene on the historical landscape of the city: the result is The Floating Island, a linear pavilion that floats on the water. OBBA attempts to overcome the rigid border of the canal and bring people closer to the water. The pavilion consists of a sinuous platform with a wooden floor, a white metal frame and rope curtains. Visitors can rest on some hammocks or on oblique rope walls. The Floating Island serves to extend the possibilities and perceptions of a historical and ordinary landscape. The channel returns to the center of attention, allowing new forms of relationship.