For a capital which is rebuilding its image, the Belgian office designs an anti-monumental square, shaped by the users choreographies. 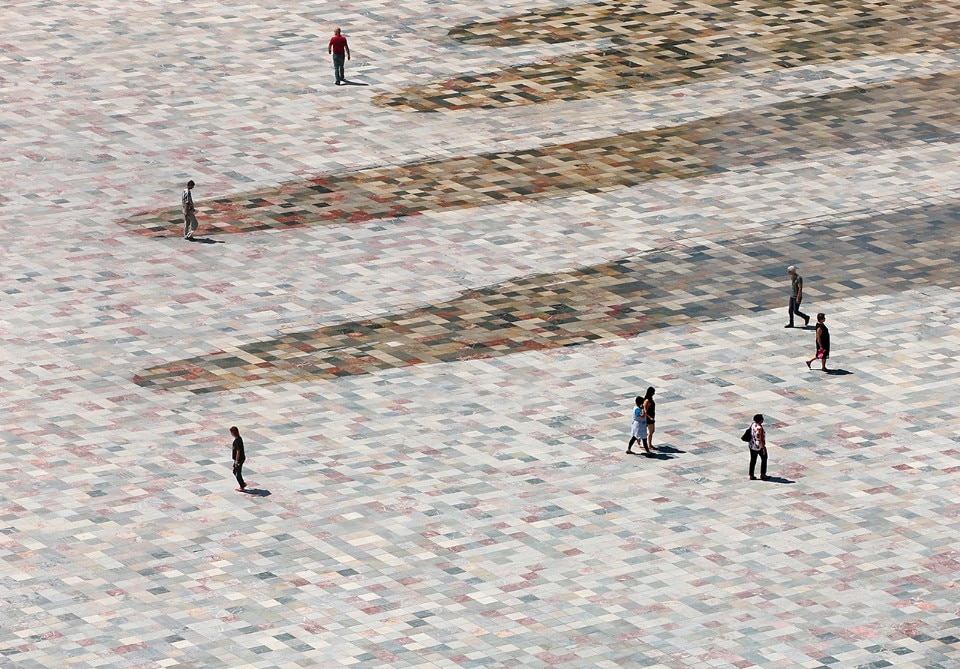 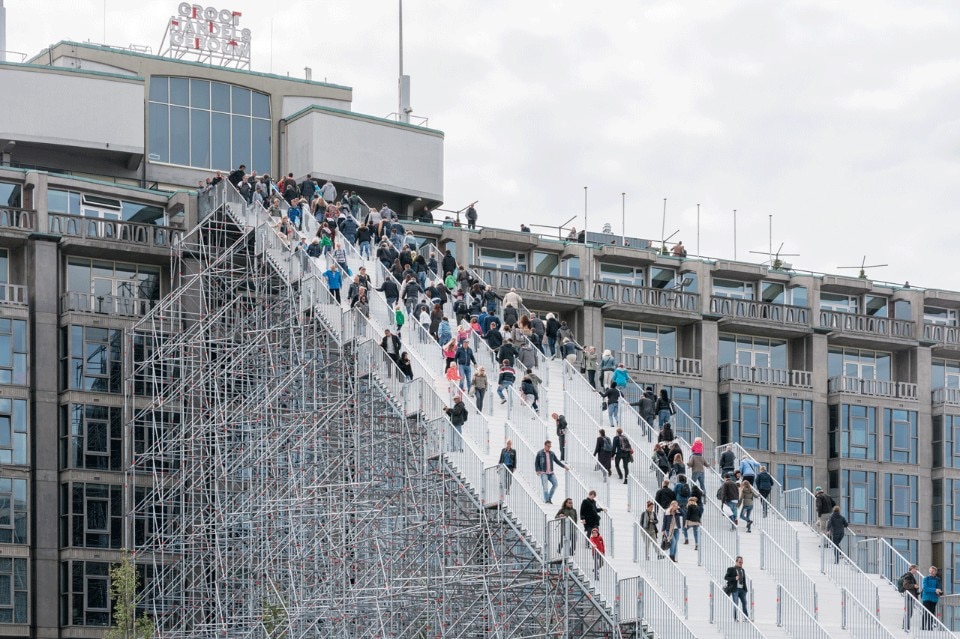 Planned by a king, enlarged by a fascist regime in the 1920s, readjusted by a communist dictatorship in the post-war period, for more than a century Skanderbeg Square has represented the space par excellence for the self-celebration of the Albanian mighty in office. Far too many delusions of grandeur of several political orientations turned it into a huge (40,000 sqm), disproportioned, amorphous, lifeless void.

In the frame of the profound urban renewal promoted by mayor Edi Rama in the years 2000, 51N4E – who also designed the nearby TID Tower, completed in 2016 – seeks to transform this accidental leftover of over-planning into the “common ground” for the public life of democratic Albania.

In order to do so, the project defines a large central space, a rectangular void which is made clearly measurable and visible; it designs the shape – a low pyramid rising up towards its center – and the materials – slabs of local stones of different shades – of its ground; it densifies its boundaries, where more than 12 gardens act as spaces of mediation with the private and public buildings lining the square.

According to a seemingly random layout, water surfaces from the underground in the form of thin veils: the boundaries of the walkable areas are made uncertain, as passers-by invent unexpected detours and stopovers. It is a valuable strategy to create an overtly anti-rhetorical and anti-monumental public space, revealing itself primarily through the choreographies played by its inhabitants.