Japan. A house in a tin house 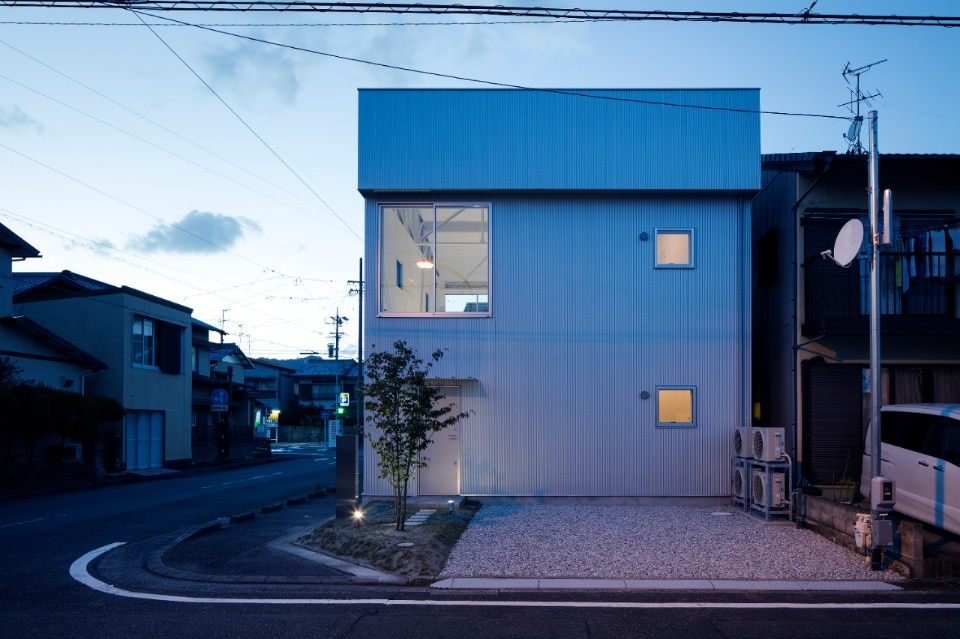 This project by Shuhei Goto Architects converts a building that has been used as an office and apartment space for over 40 years into single family house. The site is located in a residential area close to central ​​Shizuoka city. In the area, it is difficult to predict the future environment. Because a lot of houses are rebuilding due to aging. Architects attempted to create a depth between the private room and the city.

Architects first removed half of the first floor and made a void and set up large windows in upper side. Then, it appeared bright living space like a outside. All of private rooms are open to this living space and void as well as opening to outside. It is the second facade in the house. With this composition which can be said that “house in the house”, it creates a distinctive depth between private rooms and city.