Florence. The radical revolution of the 9999 group

Marco Ornella, the co-curator of the Florentine exhibition on the 9999 group together with Emanuele Piccardo, speaks of the work of the collective of architect-artisans, and their professional development, all united by a shared playful attitude. 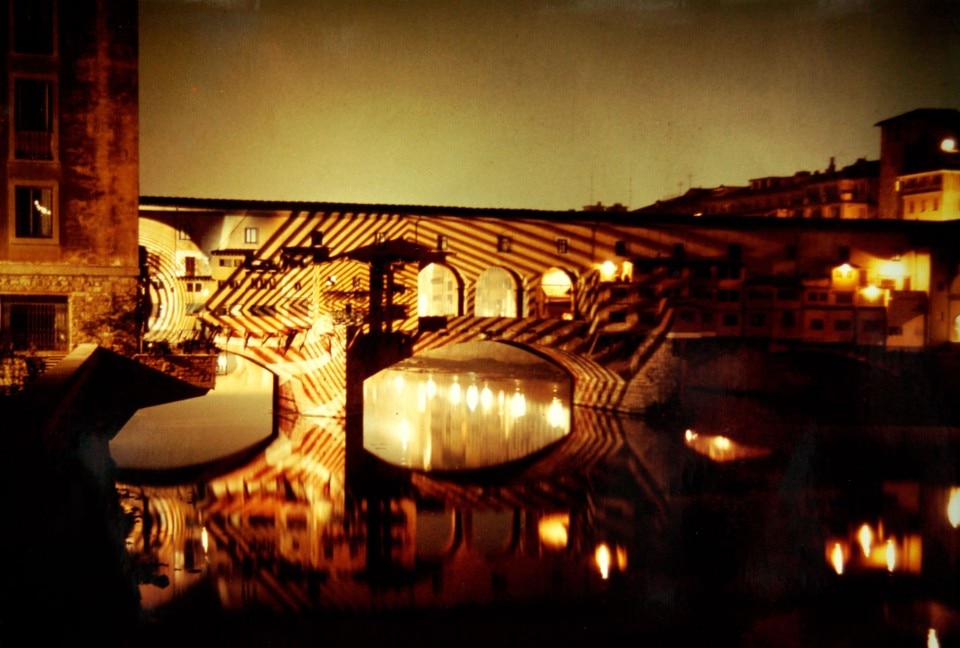 For some time now, the term “radical revival” is often used, mostly in a negative sense, to refer to the insistent re-proposing of a theme, that of Radical architecture and its main players, by now considered to be fashionable and therefore practically burned out.

In 2013, when I started my research into the 9999 group (Giorgio Birelli, Carlo Caldini, Fabrizio Fiumi and Paolo Galli), into this collective of architects - co-protagonists of the Florentine Radical scene along with Archizoom, Superstudio, UFO, Zziggurat and Gianni Pettena - only a few works were regularly proposed by various curators , including the ecological utopia of the Vegetable Garden House, originally shown during the exhibition at the MoMA in New York, “Italy: The New Domestic Landscape”, and the colourful experiences of the Space Electronic discotheque or the design happening on the Ponte Vecchio. The absence of a historiography for the group, as well as an analysis of its theories and their evolution, significantly reduced the readability of these works, transforming them into single episodes which merely served as an accompaniment to the movement’s main themes. The case of 9999 shows how the subject can be considered as exhausted simply because it was consistently examined from already well-known points of view, displaying particular interest in those who Bruno Orlandoni and Paola Navone defined in 1975 as the heroic founding fathers of Superarchitecture, to the detriment of the maestros, or rather the groups which were created from 1968 onwards, including 9999.

The monograph 9999. An alternative to One-Way Architecture, published in 2015, was an initial attempt to compensate for this lack of information, from which the exhibition “Rivoluzione 9999” - at the Museo Novecento in Florence until 28 January 2018 - takes its cue, proposing an in-depth study which goes beyond the photomontages of pre-ecological visions (shown in the parallel exhibition “Radical Utopias” at Palazzo Strozzi) to try to discover the nature of the revolution carried out by 9999 through the never-before-seen photographs taken between 1966 and 1973 by Giorgio Birelli and Mario Preti.

Far removed from any political agenda, the subversive nature of the group lies in the acquisition of the tools necessary for the setting up of its own autarchy, perfecting a personal way of life based on empirical practices and manual construction. For 9999, daily life thus became the subject of design, involving friends and relatives, similar to the model of US hippy clans. For this reason, the exhibition layout of “Rivoluzione 9999” opens with the pictures by Giorgio Birelli of moments of collective work on the 12-metre wooden hull, on which Paolo Galli began construction in 1970. As Galli explains in Ottagono, the project was for a boat-commune for 15 people, which in reality was a constant unfinished symbol of architectural design and the personal effort involved in bringing it into existence.

Similarly, the construction of the Space Electronic discotheque in 1969, born from an initiative by Carlo Caldini and Fabrizio Fiumi, who also subsequently ran the venue, was created on different levels by all of the members of the group, which at the time was still known as 1999, and with a larger set-up (Caldini, Coggiola, Fiumi, Galli, Gigli, Preti, Sani); these were experiences that earned the collective the definition of architect-artisans.

1999, and later 9999, were both the result of autonomous research carried out by each member up to 1968, bound by a common playful attitude in interpreting the profession and, the consideration of the group as an environment for the practical expression of individual aspirations, venturing into various and varied creative activities. In fact it was the journey across the United States taken by Caldini and Preti between 1966 and 1967 - for which the photographs taken by Preti are shown - and the period spent in California by Fiumi, which led to the inspiration for the elaboration of the first theories on architecture as electronic communication and to the desire to create, in Florence, a venue inspired by the Electric Circus, seen in New York, where the perception of space is due to the experience generated by the sensory stimuli handled by the designer, and which was able to host the most important cutting-edge figures from the world of theatre – the Space Electronic was the Italian venue for Living Theatre – and music.

The exhibition ends with the short film 9999 Mémoires Fiorentini, a collage of interviews and super-8 films by Elettra Fiumi as a first extract of the more complete documentary A Florentine Man, dedicated to the life of her father, Fabrizio, once again proposing a view of the group, but this time from the perspective of the second generation of the 9999 community. As written in a hand-written note by Paolo Galli on the Radical adventure: “The only project was that concerning the project of our lives and our relations with others”. A project which is still ongoing.