The spotless spaces and the net geometries conceived by Pierre-Alain Dupraz for this Kindergarten and crèche in Switzerland are offset by large openings on the surrounding greenery. 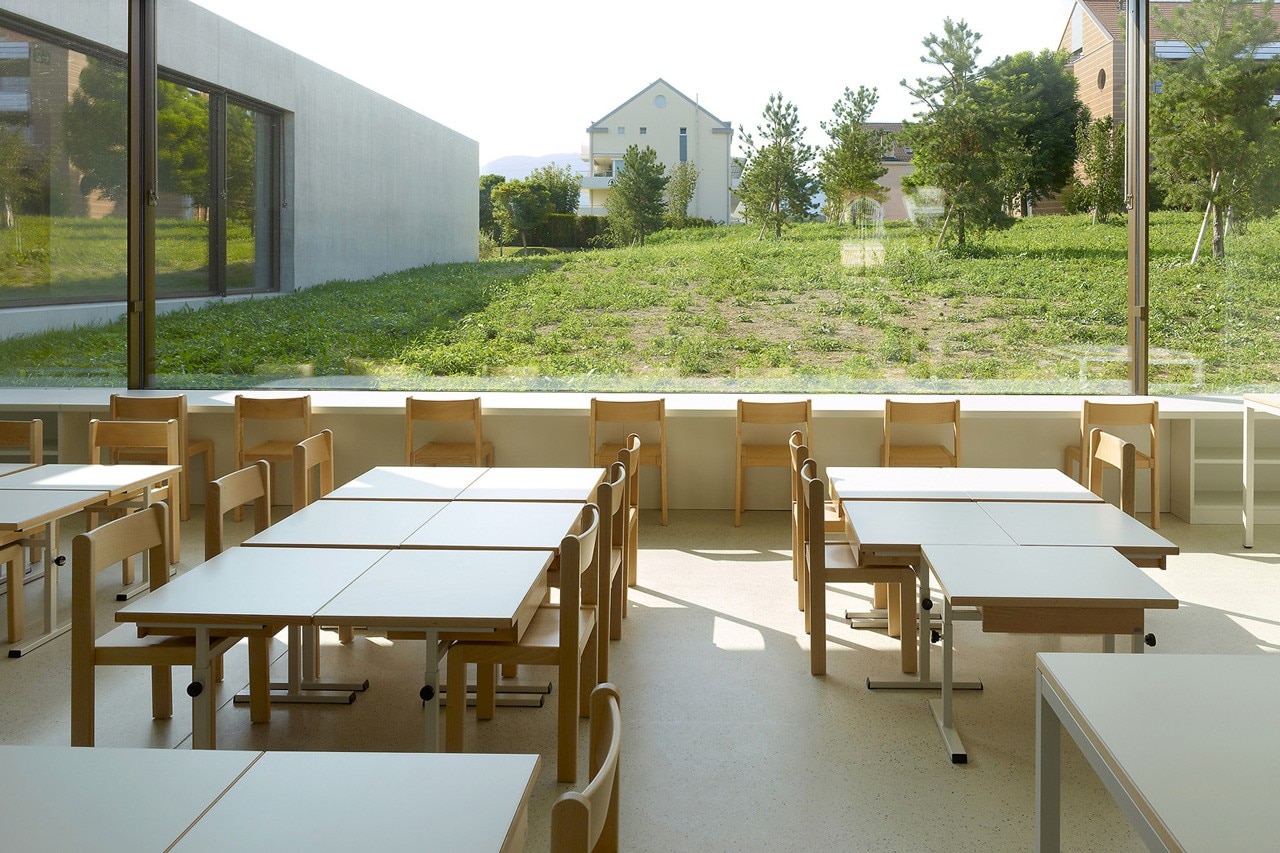 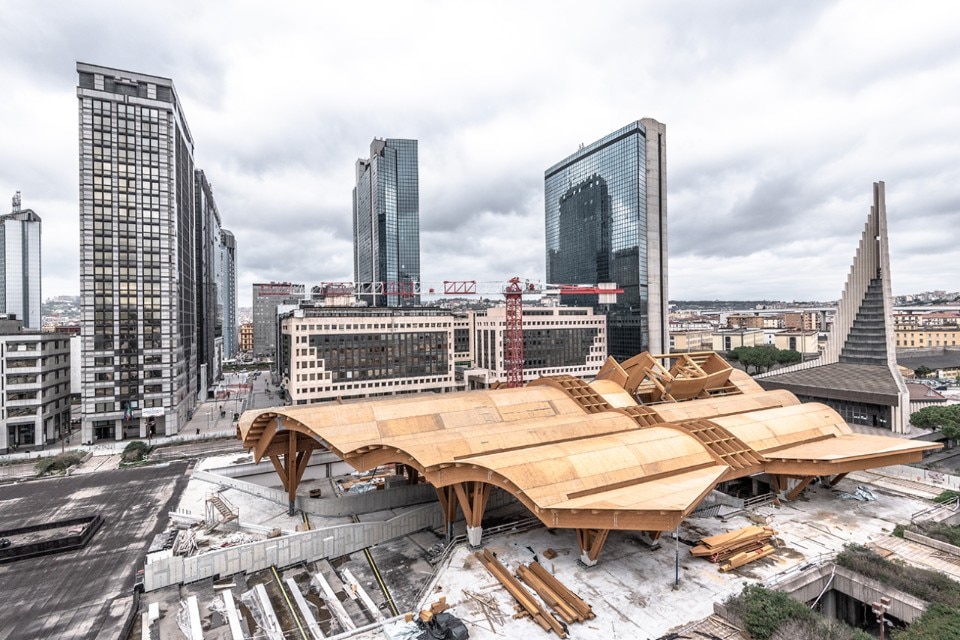 The new Prangins kindergarten, just completed by Pierre-Alain Dupraz, is conceived as one big house that has been placed on a sloping site.
The cruciform structure resulting from the interlocking volumes allow it to have a special relationship with the neighbouring ensemble. The four volumes, which are mutually staggered by a third of each unit’s floor height and interleaved, make the building appear to be smaller and visually less obtrusive.

The six classrooms are organised in groups of two and occupy the three lower volumes. Due to its central location, the staircase is a fundamental, structuring element of the kindergarten. The ramps that accompany it provide parallel access and act as an internal entrance to the crèche. The volume of the crèche, which is placed perpendicular to the first wing, marks and covers the entrance area of the kindergarten. Direct access to the upper part of the property also enables independent operation of the crèche. The crèche floor plan consists of a large (dining) room, which can be divided into several smaller units according to requirements.

The natural qualities of the location are highlighted by the different alignment of the large window openings, since the design paid great attention to visual relationships with respect to their placement. The reinforced concrete that is visible both inside and outside, anchors the building into the topography.