You only live twice

The imminent relocation of the iconic lobby of Tokyo’s Hotel Okura designed by Taniguchi highlights a peculiarity of Japanese culture: the consciousness of impermanence. 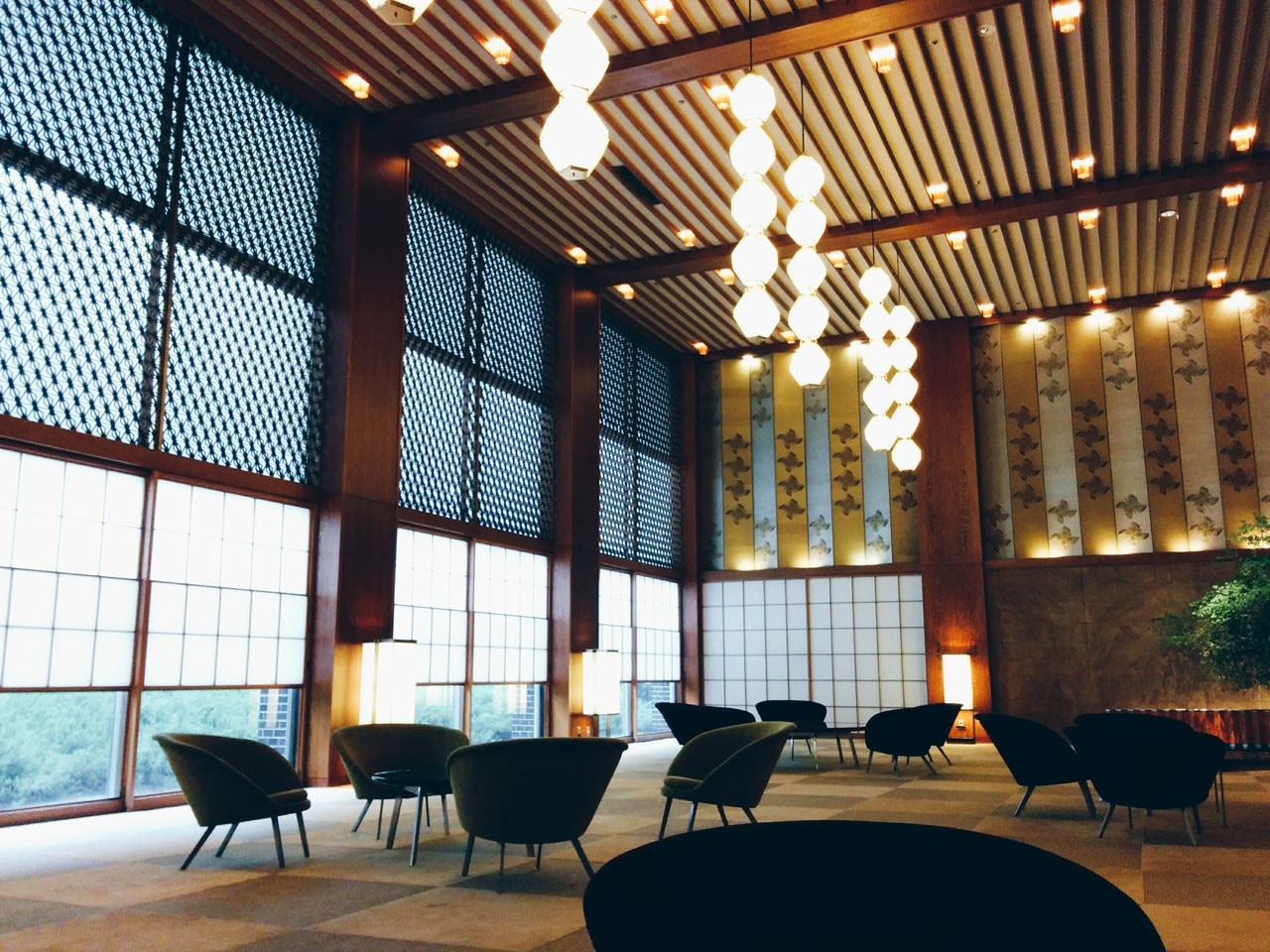 The discussions regarding the imminent relocation of the iconic lobby of Tokyo’s Hotel Okura reveal, once again, different perceptions of heritage and its contingent preservation. The diverging general stances on UNESCO-operated heritage have, amongst others, also recently been discussed in the Op-ed section of Domusweb, through the contributions of Marco D’Eramo (Urbanicide in all good faith), published in Domus 982, July-August 2014, and Michiel van Iersel (Unesco is not ISIS). Notions, which examined through the cultural context of the Hotel Okura, would indicate that not only the subject of preservation, but also its implementation might be conducted dialectically.

The chauffeur got out and bowed. Henderson fired a torrent of instructions at him in fluent Japanese and followed Bond into the back seat, settling himself with a grunt. “Taking you to your hotel first – the Okura, latest of the Western ones. American tourist got murdered at the Royal Oriental the other day and we don't want to lose you all that soon.”
The “Western” hotel into which Ian Fleming decided to check in James Bond during his Tokyo stay had as a matter of fact only opened only two years before the publication of You Only Live Twice – in May 1962. At the Okura, the secret agent would cross the threshold of a uniquely elegant lobby designed by early modernist architect Yoshiro Taniguchi: a slightly sunken space distinguished by large asanoha-patterned transom windows, suspended hexagonal lanterns and wall screens featuring four-petal flower brocades designed by the ceramicist Kenkichi Tomimoto. An introduction to a Leitfaden of the hotel, which’s design elements incorporate traditional Japanese patterns to such an extent that even a dedicated book has accompanied their reinterpretations at the Okura. Due to the impeccable management of the hotel, its condition has to date been preserved in this original arrangement. Its character even further refined by the historic patina left behind by its legendary guests – a long list featuring amongst others nearly all major royal and political leaders of the last half of a century.

But the opportunities to visit the hotel in this immaculate condition are coming to an end; the Okura is set to be overhauled as a result of the same drive that founded its creation. In fact, the construction of the hotel has to be understood as part of a series of modernisations of Tokyo’s infrastructure prior to the 1964 Summer Olympics. It was a time of frenetic innovation, but at the same time marked by the modernist spirit of an era, which in Tokyo had been marked by the World Design Conference (WoDeCo) held in 1960. Now, with the 2020 Olympics on the horizon, the main wing will close in autumn 2015 and will be reconstructed in the form of a glass tower that is scheduled to open in time to host the large numbers of tourists expected for the Games. In particular, the unclear fate of the lobby and the adjacent “Orchid Bar” has been widely disapproved and ultimately culminated in a petition – “Save the Okura”, launched by Tyler Brûlé’s Monocle magazine – against what, from the hotel owner’s point of view, may still be an long-due and therefor unavoidable upgrade.
It would be wrong to belittle this conflict as a collision between hipster and business values; hence, the case of the Okura Hotel also highlights a cultural difference that designates a different consciousness of impermanence in Japan. In fact, the aesthetic appreciation of ephemeral things, such as fireworks or seasonal beauty, sadly also coincides with the transience that frequently confronts Japanese homes with the reality of earthquakes and fires. Encouraged by frequently improving regulations to contain damage from such threats, buildings are frequently rebuilt instead of retrofitted, resulting in a notoriously short lifespan of Japanese homes of less than 30 years. But what may at first appear highly pragmatic or sober, can also be found in the tradition of renewal, as is the case for the periodic rebuilding of Shinto shrines – a ritual called shikinen sengu – that for the Ise Jingu has been taking place for 1,300 years. Although already "reborn” 62 times, the shrine is, nonetheless, considered original.

In this context, the initiative of rebuilding a building may be less alienating to the Nipponese culture when compared to the West’s criteria of physical authenticity and ancientness, as a precondition for preservation. The latter, as Rem Koolhaas argues, may not necessarily be the enemy of modernity, but actually one of its inventions, raising either latently or overtly the issue of what to keep. In the case of the Okura, this list may indeed be a long one, and besides the exigency of continuing to discuss the general terms of preservation, the Okura also raises the urgency of being visited due to its ephemerality. A condition that is ultimately adding a layer of imminent tragedy, resonating as a melancholic bass tone in its lobby, but is also at the base of the renewed attention the hotel is receiving. Ironically, the subject of the rebirth of something, or someone, death-doomed is also what inspired the title of Ian Fleming’s book, and it made him imagine a haiku in the style of the Edo-period poet Matsuo Basho as the introduction of his book:


Andreas Kofler is an architect, urbanist and freelance writer based in both Paris and Tokyo. He worked for numerous offices, among others, STAR, TD, OMA/AMO, l’AUC and Dominique Perrault, before co-founding Weltgebraus. Most of his projects imply a multidisciplinary declension, such as the work on Greater Paris (DPA/l’AUC), Greater Moscow (l’AUC), Prada (AMO), or the exhibition The Image of Europe (TD/AMO) for the European Union.