The project for a futuristic city on Tokyo Bay

The Japanese metropolis is studying the plan for a new city-within-a-city on a bay previously occupied by the 2020 Tokyo Olympics. 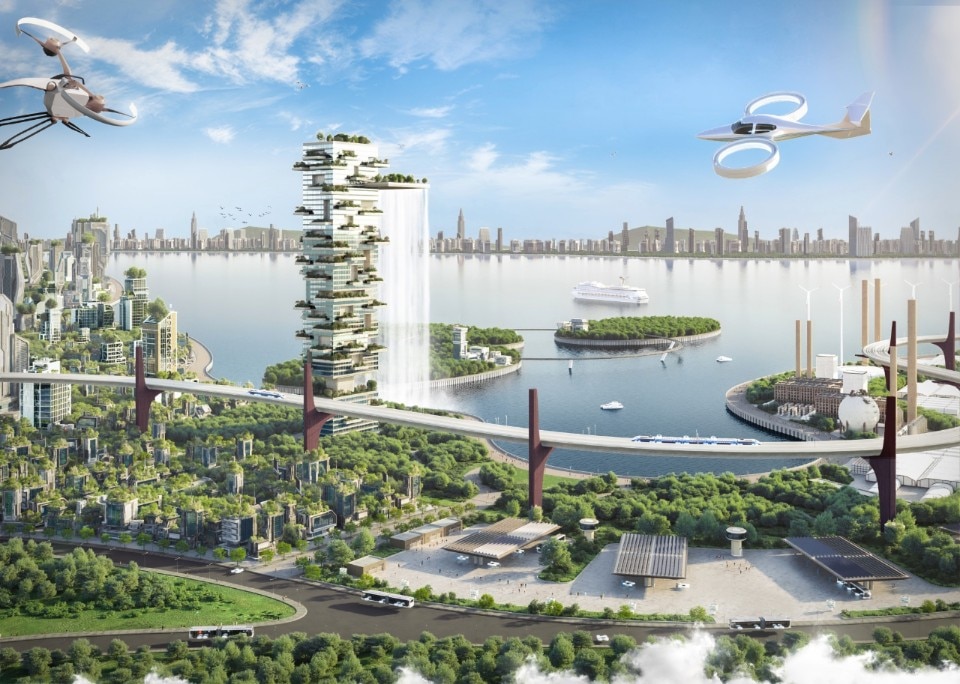 Manabu Miyasaka, deputy governor of the Japanese capital, recently unveiled an ambitious project to build a futuristic city by creating more land where there is water. The Tokyo Bay eSG Project aims to increase international competitiveness by creating a sustainable city and adopting cutting-edge digital technologies.

The project plans to extend an unused plot of land in the middle of the bay to 1,000 hectares, with about one-fifth of the development completed. The currently unpopulated area hosted canoeing and rowing competitions during the 2020 Tokyo Olympics, and is now used for container storage and waste treatment.

Miyasaka and his team will start inviting companies to the site to run pilot programs that will bring solutions to the challenges of big cities. By mid-October, they will try to attract about nine companies that will focus on new technologies such as reducing traffic congestion and greenhouse emissions or generating clean energy.

According to the metropolitan government, the Tokyo Bay eSG project is likely to begin trials as early as next year, and there are already 55 companies, universities, and organizations already committed to the project, including game producer Konami Group Corp. and TV broadcaster Asahi Holdings Corp. Toyota Motor Corp. also announced on Monday the construction of a new sports arena near the Tokyo Bay project, scheduled to open in 2025. The arena, which will focus on mobile technology and sustainability, will be used as a stadium for Toyota Alvark Tokyo, the professional basketball team sponsored by the carmaker, and other sports.