Digital sovereignty and smart cities: what does the future hold?

Domus meets Francesca Bria, president of the Italian National Innovation Fund, to discuss the challenges our cities will be facing, halfway between their physical and digital dimension. 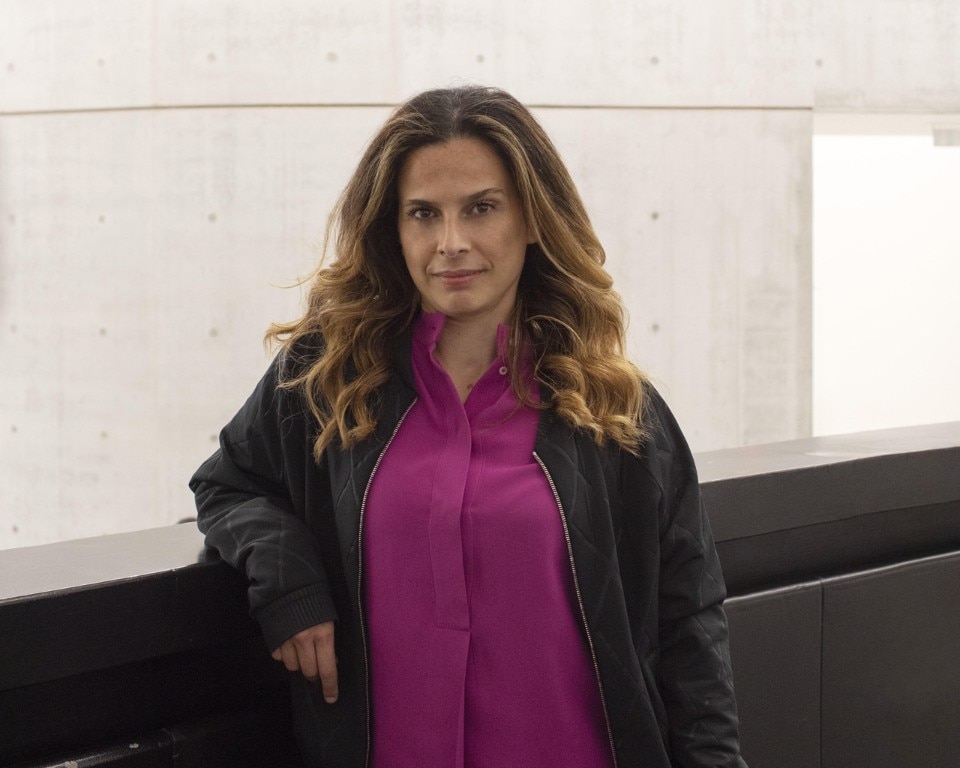 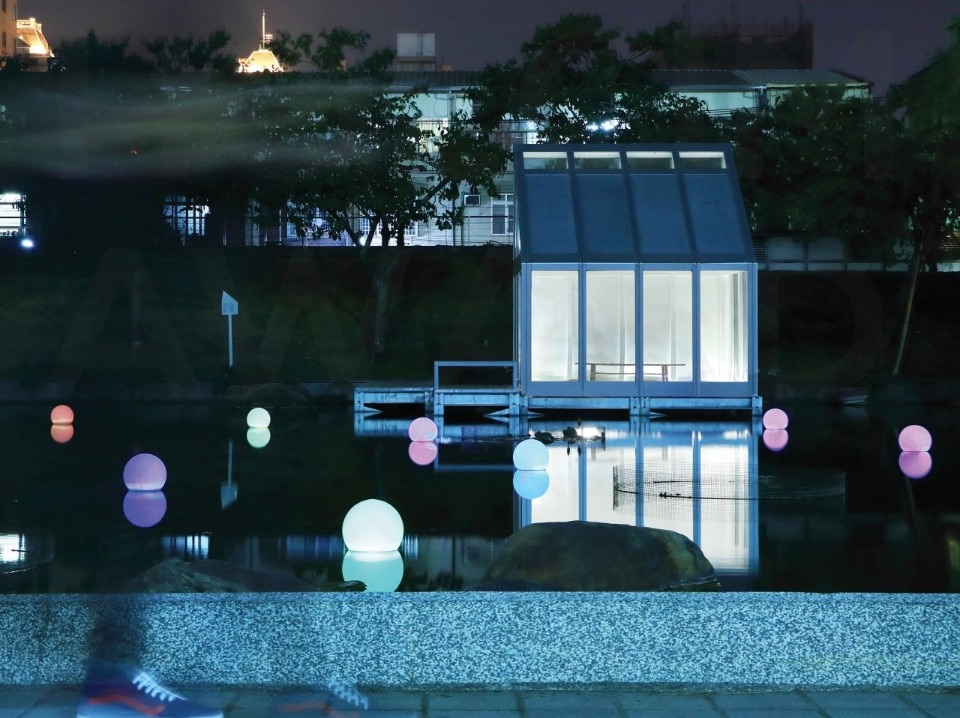 Conceiving the digital as an urban territory, where rights, policies and spaces are lived as priorities; shaping devices to translate such innovative thinking into operational solutions: these two issues are becoming more and more relevant, and we can no longer consider them as we might have done even just a few months ago. These issues in fact affect all dimensions of contemporary human life, in its relationship with technology: a territory where the pandemic has changed everything, going way beyond phenomenological aspects such as the total transfer of our lives to an online dimension, and the complete re-negotiation of our physical habitat.

In her past appointment as Chief Digital Technology and Innovation Officer for the City of Barcelona, Francesca Bria has had the chance to promote the experimentation of some devices belonging to such realm of digital politics, and now she has accepted the challenge to develop a set of new ones, to be applied at a national scale. She is now the President of the Italian National Innovation Fund, and she is also working as Senior Advisor for the United Nations and The  European Commission on smart cities and digital innovation.

The urban transformation and decision-making processes that have been implemented and advised by Bria in Barcelona were based on a principle of participative democracy powered by a digital platform named Decidim. As Bria has been declaring upon her participation to “Change. Architecture. Cities. Life”  — Rome Architecture Festival — a strong action of outreach, collecting the citizen’s demand all across the urban community, has been crucial for the realization of the whole project. And there is where our conversation started .

Could you tell us how that combination of digital and analog dimension,  the foundation of your Barcelona experience, has taken place?

In Barcelona, we transformed the relationship between institutions and citizens, by creating a platform for public participation where four hundred thousand citizens could contribute in shaping common political goals. People are often struggling in understanding what is being decided, why and how priorities are set, and public funds are spent. We brought a revolution in democratic participation, through a hybrid system of digital democracy, which is way different from “Facebook democracy” where one is forced to click and leave all agency to an algorithm in formulating to complex problems requiring real democratic processes.

How did you do it?

We accompanied the creation of the platform with six months of local meetings and debates. 70 per cent of the suggestions and proposals generated by those meetings has become part of the city government agenda, including fundamental points such as increasing the extension of cycle paths and green spaces, new spaces for culture, support for local production, shops and crafts according to a circular economy model, public management of water supplies, projects dealing with the reduction of environmental pollution. We also reached a relevantly high diversity rate within the citizens’ collectivity that took part to the operations,  not only in terms of age, but also of ethnic, gender and class diversity.

Do you think there are some elements in this project that could be used to trigger similar processes in other cities? What kind of scale do you think this may affect?
One of the most important aspects  of cities is their capacity to build networks, to exchange policies, projects, norms and their applications. When I was serving in the City of Barcelona, I coordinated a network of Chief Innovation Officers (CIOs) that operated at a global scale, involving my peers form Paris, New York and Amsterdam, Dubai, Seoul, Buenos Aires, Istanbul and Nairobi. These are extremely different cities, characterized by major differences in terms of social, cultural and geopolitical context. Still, they all share certain issues, and the sharing of good practices has generated a process of adaptation of specific technological solutions and applications to different local contexts.

In a general frame of digital sovereignty, where citizens are the actual data owners — not just large data management companies or the State — “where we at” and “what is still to be done” to reach digital equality, to guarantee equal information and education for all citizens concerning their data ownership rights, their privacy and control rights?
The Cities for Digital Rights Coalition, which I co-founded when I was in Barcelona, together with the Cities of New York and Amsterdam, aims to promote, support and protect human rights over the internet at both a local and global scale. With the support of United Nations, where I also serve as Senior Advisor, we share the best practices, we learn from challenges and success of other cities, and we coordinate collective actions.
Internet has become indivisible from our everyday life. Still, every day we have to witness new violations of digital rights, misinformation, concentration and abuse of power all around the world: freedom of expression is crushed by censorship; personal information, including our personal data, movements and interactions, is controlled and sold for commercial purposes without any consent; reckless decision-making is often powered by non-transparent algorithms; social media are largely employed to channel hate messages, fake news and conspiracy theories; democratic processes and the structure of public opinion are constantly weakened.
The Declaration drafted by the coalition clearly states that  foundations of human rights such as privacy, freedom of expression, democracy and active involvement of citizens must be part of the development of digital technologies and platforms, starting from those digital infrastructures and services that are managed at a local scale.

But, once local administrations have collected enough data, could there be any threat for the survival of participatory process? How  do you position towards smart cities as material bodies, providing data clusters and expecting to be given back newly elaborated and useful ones?
Data are clearly a new urban infrastructure, like water, electricity, public transport and so on.  Data are crucial for better decision making, for the improvement of public services and the evaluation of the  policies we carry out.  As for the Barcelona case, data become a common that cities can use to tackle environmental and social issues, preserving at the same time citizens’ privacy, security and fundamental rights.

And here is when Decode appeared in the Barcelona story.
Exactly. The Barcelona experiment was made possible by Decode, co-financed by the European Commission: in the Decode vision, citizens can manage their own data through the “Decode Wallet” which employs an advanced encryption blockchain technology to allow users to decide which data they want to protect, which data they  want to share, with whom and at which conditions.  Citizens can decide, for instance, to share data regarding their mobility with the City administration, as they know that such information can help to improve public transport without reselling private data to any insurance or advertisement company.

An introduction to the Decode project

As remarked by Rahul Mehrotra and Sarah Whiting, the pandemic has given an unprecedented value to different scales of our living, such as private outdoor spaces, and urban systems defined by the network of individual dwellings we connect from. Could all this be a questioning of the city itself as a model?
I think we will witness a deep transformation of an urban model which connects the idea of center to the physical density of bodies. The virus has just accelerated a series of processes that were already on the way.
In the words of Stefano Boeri, our cities might morph into a series of archipelagoes, made of self-sufficient neighborhoods and villages drastically reducing the movements. Such reduction would not reduce the circulation of culture, knowledge and information, though. Those movements would develop thanks to technology and connectivity channels such as the broadband connection that should be extended to all territories.

Designwise, which scale shall therefore be considered, when dealing with cities?
Technological innovation is indispensable for a green digital transition, including the increasing of trends such as smart working and online teaching. Italy, for instance, is mostly made of villages and inland areas. A decentralized model has to be put in place, preventing at the same time the creation or the worsening of divisions.
Rem Koolhaas has envisioned not only smart cities but also smart countryside as a model for a sustainable future. Many cities are considering the “15 minutes city” model implemented in Paris and Barcelona, a metropolitan-scale network of self-sufficient spaces and neighborhoods, where each single citizen will be able to reach all necessary services for eating, working or spending free time, within a 15 minutes’ walk or bike ride.

Your position about the role of private stakeholders in the governance of innovation processes is really clear — digital sovereignty and public management of data are some examples. What about the private sector, in the end?
Virtuous symbiotic partnerships between public and private sectors must be created, while consolidating a model that sets a strong public return on investments.
The role of private players, investors, big companies, startups is fundamental to generate sustainable innovation, and quality for jobs. But accelerating digitalization is not enough: such process needs to be given a direction, a new real green digital pact has to be signed, as the point is to employ digital technologies to reach both a social and environmental sustainability.