The Taxi project: the 1976 exhibition at MoMA dedicated to the urban vehicles of the future

In the summer of 1976, the museum in New York hosted an exhibition, organized by Emilio Ambasz, that sought to provide a concrete response to the problem of urban traffic and pollution through new ‘ecological’ cab projects. 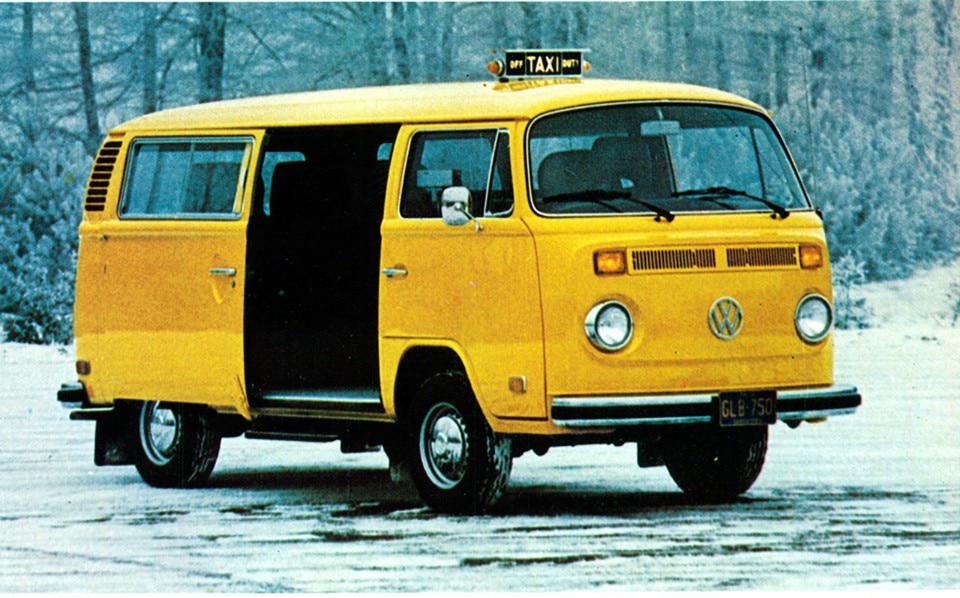 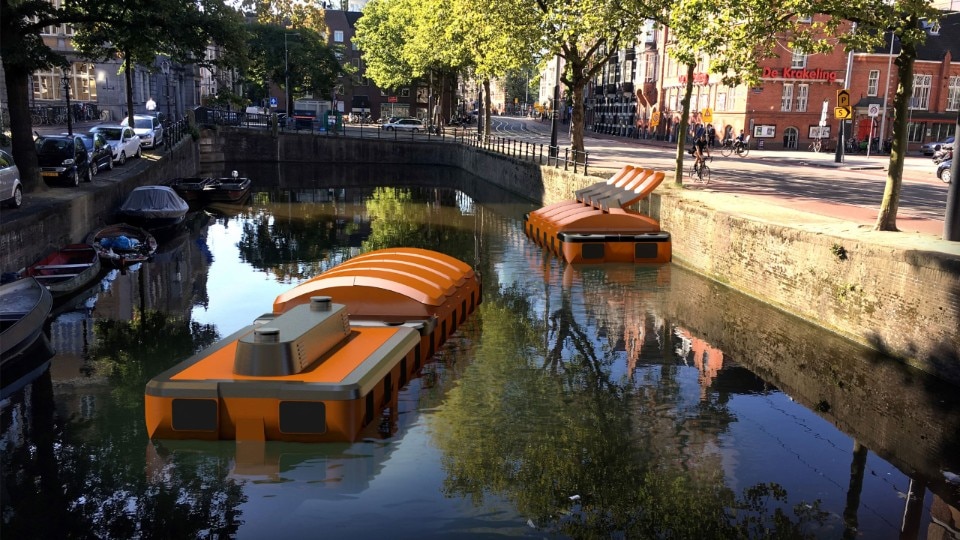 Steamed, hybrids, spacious, safe cabs: in a word, sustainable. It is the summer of 1974, and the Argentine architect Emilio Ambasz, curator of the design department of the MoMA, encourages car manufacturers to propose concrete solutions to the problem of urban transportation. American Machine and Foundry, Steam Power System, and European companies Volvo and Volkswagen responded to the invitation.

This is how the exhibition “The Taxi project” was born: five functioning prototypes of practical, spacious and ‘clean’ cabs were exhibited at the museum in New York. Domus documented them with images and detailed explanations and celebrated them with the cover of the July issue, a collection of photographs of historic urban vehicles. Giorgetto Giugiaro, the greatest representative of Italian automobile design, also participatee in the exhibition with a prototype out of competition, presented for Alfa Romeo.

The solutions, proposed in the mid-seventies, took into consideration alternative systems to reduce environmental impact, reasoned on the problems of comfort and safety of passengers, including people with disabilities, and thought about flexible uses. The Taxi proposed by Volvo, for example, could also be used as an ambulance. The projects on display were to be the starting point for designing the urban vehicles of the future in the heavily trafficked New York.

The exhibition “The Taxi project: realistic solution for today” opened in June 18 at the Museum of modern Art, New York. Organised by Emilio Ambasz, creator of Design, the exhibition faces the long discussed and topical problem of urban transportation by taxi and problems concerning urban pollution, economy and comfort (for the driver as well as for passengers). The five exhibited taxi prototypas (especially produce and for this event) are even roomier than the famous London care (D Austin FX4) and very clean from the viewpoint of a pint at the museums invitation, two American manufacturers, American Machine and Foundry and Steam Power System, both of California, and to and two European companies, Volvo and Volkswagen, have produced four new working prototypes of a taxicabs. Also exhibited is a prototype made by Alfa Romeo who commissioned Ital Design, under the creative direction of Giorgetto Giugiaro, to design a front-wheel-drive taxi, which is “horse concours”.

American Machine and Foundry and Steam Power Systems will present two different 3-to-4 passenger prototypes operating on a steam propulsion plant. Volvo will present a city taxi prototype for 3-to-4 passengers, a completely new body design and the new propulsion plant. Volkswagen will present a 4-to-5 passengers prototype equipped with a new hybrid electrical system of a propulsion. After the exhibition, the prototypes will be tested by the New York City Taxi and Limousine Commission. Those vehicles found suitable for the rigorous demands of taxi service (maneuverability, driver comfort, safety, emission control, economy, adequate and comfortable accommodation for passengers and luggage) will be used to separate standards which all taxicabs designs must adhere to in order to be approved for use in New York City after 1977. The show is integrated by a model of the current London taxicab and by series of photo enlargements of taxis (see cover) which illustrate the history of urban transportation from 1819 to the present time.

The exhibition, organized by the Museum of Modern Art, is made possible by grants from Mobil Oil Corporation and the Urban Mass Transportation Administration of the United States Department of Transportation. The program, with all design requirements to produce the four prototypes, was prepared, together with the Museum, by the New York City Taxi and Limousine Commission.

Characteristics of this steam powered taxi prototype are: the weight (it is in aluminium and weighs less than other four prototypes); a comfortable interior space and accessibility (passenger doors are bi-fold and spring-loaded to open); comfortable seats either for passengers or driver; a complete climate control; outside glare is reduced by darkly tinted windows

AMERICAN MACHINE AND FOUNDRY
Also this prototype is steam powered. The body is compact and curved and free from hard edges which might cause injures to pedestrians. The driver’s compartment contains also a safe deposit box; sliding rear window is oriented to avoid reflections toward following vehicles. Side panels are easily removable to minimize repair costs.

Also this prototype is steam powered. The body is compact and curved and free from hard edges which might cause injures to pedestrians

VOLVO
In this prototype the major characteristic are comfort and security. The doors are flanks of the vehicle incorporate tubular steel members. The rear right-hand sliding doors is electrically operated by the driver. Comfort it is guaranteed by anatomically correct armrest which can be folded up for a third occupant. The right-hand section of the seat also folds up to provide space for wheelchair passenger. In lieu of safety belts Volvo has developed a safety bar wich the passenger pulls down. Other features in the drivers compartments include a writing table lamp, safe box and refrigerator.

VOLKSWAGEN
Volkswagen has studied for this prototype more solutions of comfort, security and interior roominess. Interior dimensions permit easy accommodations of either a baby carriage or a wheelchair. The passenger can carry hand luggage with him as he enters the vehicle. Seats are equipped with folding armrest, hand-restrains and adjustable seatbacks. The vehicle’s interior has been decorated with dense, noise-insulating materials and an air conditioning system. To facilitate communication, the taxi is equipped with an intercom unit. This power plant is a combination of an internal combustion engine and an electric motor which reduces exhaust when operated on the electric motor plant. It also has safety steering control system consisting essentially of a collapsible support.

This power plant is a combination of an internal combustion engine and an electric motor which reduces exhaust when operated on the electric motor plant.

ALFA ROMEO
Alpha Romeo prototype is being shown “hors concours”. Although this represents a model intended for the European market, the Museum has decided to present it because Alfaro mail has on its own decided to construct it in accordance with the requirements laid down in the Design Specifications Manual prepared for the taxi project. This prototype is not a proposal for manufacture in the US nor is to be tested by the New York City taxi and Limousine commission. Designed by Giorgetto Giugiaro and adapted to the a chassis of a regular Alfa Romeo van, the vehicle is very practical and comfortable and is constructed of mechanical parts already in production.

On the outside a wide rubber belt encircles the body of the car. In the interior the rear seat accommodates three people, two more can seat on folding seats. The baggage area is located adjacent to the front passenger seat. A retractable ramp provides easy entry and exit for baby carriages and wheelchairs. The passenger compartment is even larger than in the famed London taxi. For mechanical jacks - one at each wheel - make possible rapid raising of the vehicle. A bullet proof safety glass partition separates (as in the other prototypes) the passenger and the driver compartments.

A retractable ramp provides easy entry and exit for baby carriages and wheelchairs. The passenger compartment is even larger than in the famed London taxi