For the last three decades, Domus has been covering and commenting the English architect’s career, through the words of architecture critics, historians and designers. 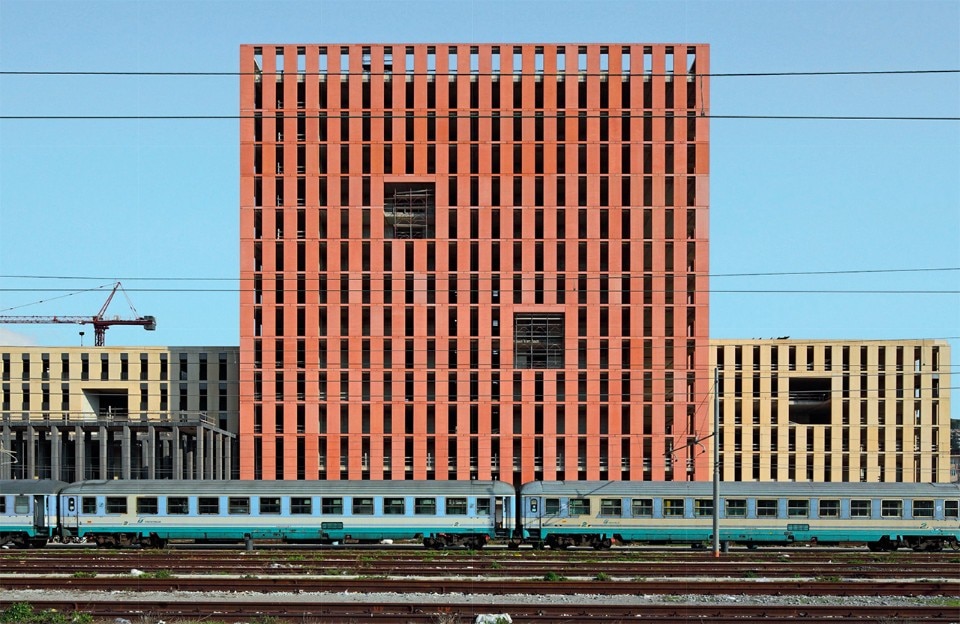 Domus first introduces David Chipperfield to its readers in 1988. An article by Manolo De Giorgi on Domus 695, June 1988, focuses on the projects for a graphic design studio in London and for the Arnolfini Gallery in Bristol, and most importantly helps contextualize the young designer in the British architectural scene. De Giorgi frames Chipperfield in “the handful of around-forty-years-olds, sons of the Foster and Rogers generation, who at the top end take their slices of liberal-tatcher pie” of large-scale works ongoing in London at the end of the 1980s. According to De Giorgi, the political value of Chipperfield’s early works stems from their small size, as well as from the ironic reinterpretation of the previous generation’s technological obsessions: “Though they are sons of those masters it must be admitted there is quite a big difference, that they have quite another sort of lightness, that they joke happily with the technology their fathers believed in so devoutly, boiling it down simply to a chapter of jewelry”.

De Giorgi believes that the two projects, both based on a composition of two-dimensional plans, clearly echo Carlo Scarpa’s “carpet-surfaces”. These are just the first of a long sequence of Chipperfield’s interior designs featured by Domus. London’s Wilson & Gough Store follows shortly thereafter (Domus 705, May 1989), considered by Paola Aimo as a positive exception in the dull scenario of that time’s British interiors. She describes it as “against the current”, pointing out how it is shaped from “a precise comprehension of the problems and a clear focalization of the objectives”, which make it “evolve through extreme care of the plans and a tireless study of details”. Amongst the others, Domus also publishes London’s and Paris’s Equipment Stores (commented by Richard Burdett on Domus 738, May 1992), and more recently London’s and Rome’s Valentino Flagship Store, photographed by Santi Caleca and featured on Domus 1005, September 2016.

Read also: The geography travelled by the British architect includes the Devonshire countryside where he grew up, London, Japan, Germany and Italy.

Through the years, Domus welcomes the different typologies and places that Chipperfield explores along his career. The magazine analyzes his way of bringing Subversion in the suburbs – this is the powerful title of Rowan Moore’s article on Domus 843, December 2001 – where he refurbishes and extends photographer Nick Knight’s London house. In Moore’s words, “suburbs are often the most subversive places (…). The apparent elimination of friction or threat, combined with elaborate mechanisms of privacy, provides a perfect camouflage. Which makes the house David Chipperfield created for Charlotte and Nick Knight the reverse of normal suburban subversion. If this house is radical, it wears it on its sleeve”. On the subject of domestic landscapes, a few years before Martin Kieren highlights that Chipperfield “orchestrates a virtuoso architectural sculpture” for a private house in Germany (Domus 795, July-August 1997), whereas on Domus 987, January 2015, Simon Menges’s photographs narrate the “site restoration” in which Chipperfield’s Fayland House contributes, in the earth of the Buckinghamshire countryside.

In 2003, it is the turn of Sebastiano Brandolini, who describes the design for the Ernstings Service Centre office complex, in the vicinities of Münster. In the pages of Domus 861, his considerations confirm the multiplicity of references that Chipperfield draws inspiration from, as well as the relationship of critical continuity which links him to the architectural modernity: “His method of composition is founded on the idea of a complete skin; he flanks and envelopes entire volumes, without articulating or tampering with them, so that each is legible in its integrity and clean clarity. In this way his work harks back to the peaceful and diagrammatic image of the American corporate headquarters of the 1950s and 1960s”. Fulvio Irace is the author of a transversal analysis of Salerno’s and Barcelona’s City Courts (Domus 944, February 2011). About the former’s design, which was awarded the first prize of the international competition promoted by the city in 1999, he stresses how it offers “to square the circle with a plan which is seemingly very simple as well as being undoubtedly effective. By mixing an English etymology of ‘law courts’ with a Mediterranean tradition of patios and courtyards, his design offers a literal interpretation of the concept of a ‘law citadel’ as the representation of a city in bricks and mortar”. In the last few years, Guido Musante describes the “new type of exchange between architectural restoration and contract furniture” experimented by Chipperfield in the refurbishment of London’s Selfridges department store (Domus 1029, November 2018), while Deyan Sudjic explains the massive cube of Seoul’s Amorepacific headquarters less as a single building than as “a collection of spatial components of varying scale and orientation”.

Many of Chipperfield’s museums find their place on Domus, from Marbach am Neckar’s literature museum (Domus 901, March 2003) to the Saint Louis Art Museum (Domus 976, January 2014) and to the delicate intervention on Ludwig Mies van der Rohe’s Neuenationalgalerie in Berlin (Domus 1021, February 2018). But more than any other project, Domus widely covers the one-of-a-kind design for the restoration and reconstruction of Friedrich August Stüler’s Neues Museum, also in the German capital. A first overall survey on the Museum Island, by Rita Capezzuto on Domus 831, November 2000, is followed by Flavio Albanese and Deyan Sudjic’s extended, and comprehensibly enthusiastic, article on Domus 926, June 2009. In the authors’ words: “The result, as we were able to see in the empty museum, is an intervention with its own precise logic. As a project, it recovers a past which had practically been reduced to mere materials and memory, bringing it back into use through an efficient emphasis on the original structure”.

In fact, it is precisely the episode of the Neues Museum which grants Chipperfield the same status and cultural relevance as those English masters, whom De Giorgi mentions in his article from 1988. The awareness of this deserved global recognition also surfaces from Albanese and Sudjic’s words: “The thinking behind the design for the Neues Museum can be summed up by the rejection of the architect-centered, show-stopping style characteristic of recent museum architecture. Chipperfield’s philosophy of moderation won out over the pyrotechnics of Frank Gehry, who was beaten in the competition in Berlin in 1997, despite having just emerged from the media circus surrounding Bilbao’s new museum”.