Mastodon, the anti-Twitter: what it is and how it works

Based on a decentralized view of the internet and distributed with a free and open-source code, Mastodon is the alternative social media platform that’s exploding in popularity, especially amid those unhappy with Elon Musk’s take-over. 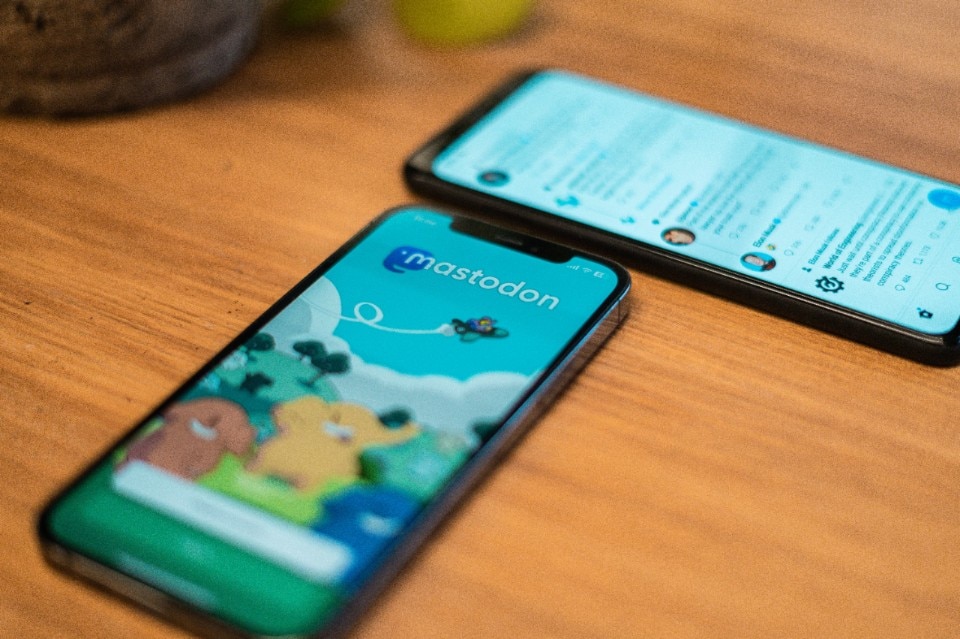 Disappointed with data collection by big social media companies and their tolerance of the extreme right, in 2015 German software engineer Eugen Rochko decided to create an alternative to Twitter and Facebook – an advertising-free, self-managed, and militant platform over which no one could ever have absolute control. Rochko started working on it soon after completing his computer science studies at the University of Jena. His hope – as he told Mashable – was also to avoid finding himself “stuck in the doldrums of a 9-to-5 job”.

Mastodon was first launched on 16 March 2016 and officially presented in October that year on the Hacker News forum. At first glance, it is virtually identical to Twitter, with the exception that the character limit is 500 characters instead of 280. As for its structure, however, Mastodon differs greatly from the social network founded by Jack Dorsey and now led by Elon Musk.

First of all, Mastodon is open-source, as well as advertising-free, and doesn’t collect any user data. But above all, it’s a decentralized platform with no single controlling entity. Each user can in fact open their own Mastodon section – called “instance” – that’s independent of all the others. These users can run their section in complete autonomy, decide its moderation policies and conditions of use, and are even in charge of paying any management costs, like server ones.

At the moment, there are almost 13,000 instances for a total of over six million registered users. The number has almost doubled since talk of Musk’s take-over of Twitter began more than a year ago. As a matter of fact, the consequent wave of – justified – fears benefited the upcoming social network, considered an “ethical alternative” to the Silicon Valley giants.

Disappointed with data collection by big social media companies and their tolerance of the extreme right, in 2015 German software engineer Eugen Rochko decided to create an alternative to Twitter and Facebook.

The largest instances have around 150-200 thousand users and address general topics. But what’s special about them is that most gather users based on their interests, passions, political ideologies, geographical criteria, and other aspects that all instance members have in common. This creates smaller and more close-knit online communities.

However, all instances are still “federated” with each other – meaning that those who choose one can still follow and communicate with users who choose another. Comparing it to emails is the easiest way to understand how Mastodon works – having a Gmail account does not prevent you from communicating with someone who has a Hotmail account instead.

Mastodon itself is part of an even more extensive ecosystem: the “fediverse” – a universe of federated platforms that share basic characteristics, first of all being open-source, and that are interoperable. These platforms are in fact based on a common protocol – ActivityPub. ActivityPub, for instance, enables a Mastodon user to comment on a video on PeerTube (the fediverse’s YouTube) from their own account, and to see videos posted by a PeerTube user they follow directly on Mastodon’s feed.

The mechanism is thus opposite to the one of the Web 2.0 “walled gardens”, which isolate users as much as possible from the rest of the Internet. Each application that uses ActivityPub becomes part of a federated network instead, which includes, for example, the music streaming platform Funkwhale, the online storage platform Nextcloud, as well as event organization platforms such as Mobilizon or blogs like Plume.

At first glance, it is virtually identical to Twitter, with the exception that the character limit is 500 characters instead of 280. As for its structure, however, Mastodon differs greatly from the social network founded by Jack Dorsey and now led by Elon Musk.

But how do these open-source platforms make money if they don’t collect data and are free of ads? Through user donations: thousands of volunteers donate a small amount to allow Eugen Rochko and his team to fully devote themselves to running Mastodon. On Patreon, say, almost ten thousand people donate a total of around 30,000 euros per month.

Doing the maths and figuring out how much Rochko really makes is hard and not worth the hassle. One thing is for sure – if he had accepted the many offers he received from investors interested in growing, and distorting, Mastodon, instead of always turning them down, he would have become much richer. That’s another key issue: can Mastodon really become an alternative to Twitter and reach a similar size to it, growing from six million subscribers – of which only a few are regularly active – to hundreds of millions?

Probably not. Managing the platform on a technical level would be too difficult for Rochko and running the various instances too demanding for the volunteers; there would also be a growing number of instances that don’t reflect the founding values of the “fediverse” – as history shows – and many more problems.

Ironically, an activist and community project like Mastodon needs to remain small, if it wants to be successful.