Apple’s new smartphone lineup confirms that the company’s strategy is based on meaningful design iteration instead of change for the sake of it. 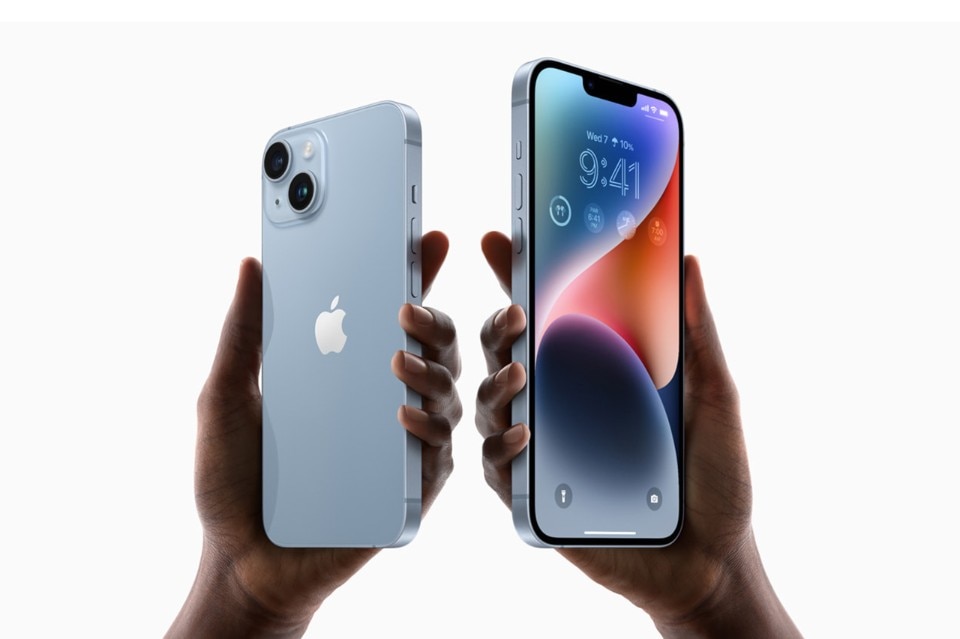 The new iPhone 14 and iPhone 14 Pro are out, and the one thing we’re sure you’ll hear is that they look pretty much like the iPhone 13 and iPhone 13 Pro from last year. While many use that as a criticism to decry a purported lack of innovation, it’s proof that Apple is a company that understands the power of compounding iterations in marketing a design-driven product.

The iPhone is the most popular consumer electronic device of all time, but it’s first and foremost a design object. One could argue that it’s probably one of the most recognizable global design objects ever. With that in mind, why should Apple change its award-winning and best-selling design every year just for the sake of it? While the cultural short circuit between “new” and “innovative” is easy to understand, the two concepts do not necessarily overlap. Above all, elevating the object’s aesthetics to an all-encompassing innovation metric is a shortsighted approach.

In the smartphone market, the largest Android manufacturers obsess over changing their smartphones’ designs every year. The result is usually a hodgepodge of a lineup that damages brand awareness and creates confusion with the user. There’s a valid reason for such an approach: unlike Apple, these brands have much less control over the relationship between hardware and software, and therefore employ the change in aesthetics as a differentiation element in an overcrowded market. On one side, they’re bound to a specific hardware platform; on the other, all they can do is customize the Android experience within the boundaries set by Google.

One notable exception is Samsung, which has defined a much broader, coherent, and recognizable ecosystem thanks to years of iterations. It’s not by chance that, just like Apple, Samsung tends to bring evolutionary improvements to its lineups instead of radical and uncalled-for redesigns. An excellent example is the recent update of its foldable smartphones, which perfected last year’s design without introducing unneeded disruption to a successful design solution.

In the past, Apple has introduced all-new designs only when doing so was a meaningful value driver for the product. When it comes to the iPhone, we can see the new eras in retrospect and match each redesign with the ushering of a new technological phase. The first iPhone from 2007 was the proto-iPhone, followed by two years of 3G iPhones that tried to work out the kinks of the original design. The iPhone 4 was the product’s first and most crucial redesign, timed with the introduction of 4G connectivity in 2011. After that, the sharp-edged design evolved into the elongated shape of the iPhone 5 and iPhone 5S.

With the iPhone 6, Apple returned to a more rounded and tapered form in response to the need to implement larger screens. That was the era of the “Plus” models, which spanned five generations. With the iPhone X, which was explicitly introduced as the iPhone of the future, Apple ushered in the “notch” era. The iPhone 11 family represented a transition between the tapered design of yore and the return of sharp edges on the iPhone 12. Once again, just like the iPhone 4G, the redesign was introduced on the first iPhone to implement 5G connectivity. This year marks the third year of the new flat-edged design, which is by far the most beloved and sold iPhone design ever.

At the same time, the iPhone 8 design is still alive and kicking on the iPhone SE. It looks like a relic to Apple aficionados, but millions of users love it for its recognizable format and the fact that it’s the only iPhone still sporting a fingerprint sensor.

As previously mentioned, Apple can control its design roadmap so thoroughly because it's the only company in the smartphone market with the ability to exert complete vertical control over hardware and software.

Dynamic Island, a new feature introduced on the iPhone 14 Pro and 14 Pro Max, is the epitome of this approach. Apple has taken a weak point of its display design, the new pill-shaped camera cutout, and turned it into a prominent element of the iOS 16 user interface. With Dynamic Island, the physical black space of the iPhone oval punch-hole expands on the screen to show notifications, incoming calls, and other information.

When it comes to the new iPhone 14, the main difference with last year's lineup is the farewell to the mini version of the iPhone, with a re-introduction of the Plus model. Battery life, in this case, is more important than a smaller footprint. Apart from that, the new iPhone 14 models are the quintessence of the “same same but different” saying. Aesthetically, they are indistinguishable from the iPhone 13. Yet, several software improvements paired with upgraded optical units provide an upgraded camera experience, which is the most relevant selling point for devices in the sub-1000$ market tier.

Last but not least, we must always consider that most consumers buying an iPhone 14 will upgrade from an iPhone that is now three, four, or even five years old. They will jump up from an iPhone 7, 8, X or 11. For all of them, the comparison won’t be between two models that sit one year apart. That is the powerful implication of incremental upgrades. The evolutionary additions and new yearly features won’t blow you away in a year-over-year comparison. Try to compare any iPhone that’s at least three years apart (which is currently the average upgrade cycle), and you’ll easily witness the compounding power of iterative design.