Apple discontinues iPod: the original review, published by Domus in 2002

After 21 years from the launch of the iconic MP3 player that revolutionized the way people enjoy music, the Californian company has announced the end of its production. Let’s retrace his debut on Domus 844. 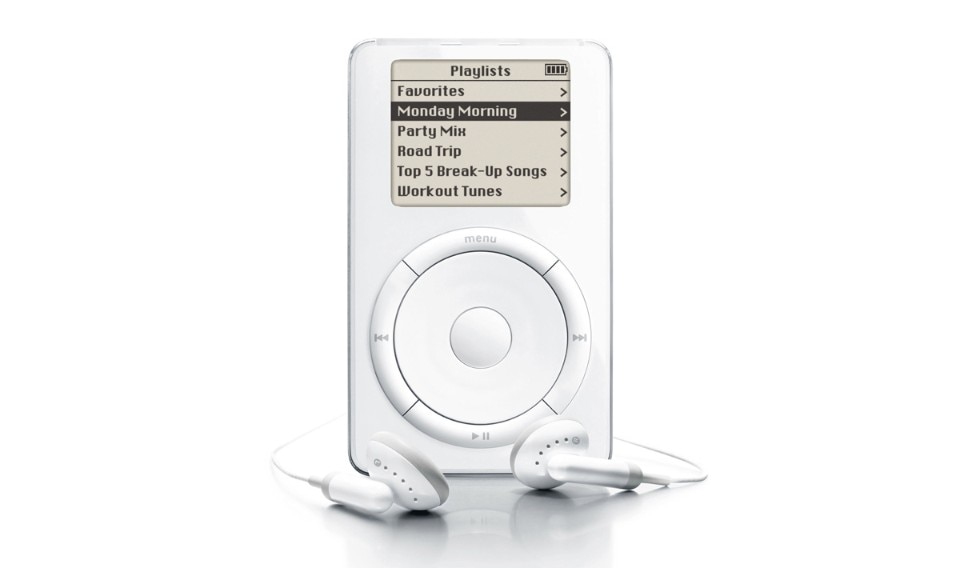 The compact disc was a huge technological leap forward from the record. I still remember the first one I bought: U2’s Rattle and Hum in 1988. The sheer giddiness of the technology went a long way toward making up for having lost the poetry of lowering the needle on my Technics turntable with infinite precision. A lot more ritual vanished along the way.

Acquiring an album was not a process limited merely to paying for the object. It was preceded by a seduction phase involving the video clips, interviews, radio and concerts. Once purchased, the LP had to be cosseted and treated with respect, carefully cleaned and returned to its precious sleeve. Even the inevitable process of decay had its charm. U2’s Bono actually confessed to missing the hum contributed to his music once the needle had worn out the record. On the other hand, he appreciated the CD’s lack of interruptions. No more A and B sides.

The CD was technologically different from the record, but it recognisably belonged to the same species. It was still circular, and it still spun. There was still a cover with some images on it, a title and a list of tracks. The musical object was still three-dimensional. But MP3, when it appeared some time back, was something quite different. It was almost an abstraction: music became immaterial computer files measured in bytes.

An ordinary hard drive stores thousands of them, and an MP3 player may be as small as a pen, thanks to its miniature memory boards. Hours and hours of music are transmitted through subtle, sophisticated earphones. Moby, the American musician, once remarked that music has always been shaped by the means used for its distribution. A conventional pop song, for example, lasts less than four minutes, since the first vinyl records could not exceed this limit. For the same reason, compact disc albums last around 70 minutes.

Moby claimed that MP3 would at last free music from such constraints. He envisioned a world that has come to pass, where any kind of music may downloaded from the Web. Ask to hear Led Zeppelin’s greatest hits, but without the slow ballads from 1975 to 1977, and the computer obeys. MP3 marks another kind of revolution as well, one that may lead recording artists to cut ties to the major music companies, become free from economic limitations and enjoy the utmost creative freedom. MP3 truly dematerialises music.

During the sampling stage, sound is converted from analogue to digital, generating an audio file. The music is transformed into a binary code, and the music is no longer three-dimensional. MP3 stands for ‘MPEG 1 – Layer 3’ and MPEG, the name of the audio compression algorithm, is an acronym for Motion Picture Export Group, the team of researchers who worked for the International Standards Organisation to identify standard international codes for audio and visual digitalisation. Based on psycho-acoustic studies (the discipline that examines human hearing), this algorithm eliminates all the unnecessary information contained in a musical file and enables its compression.

This skimming process filters out the ‘weak’ frequencies, which cannot be perceived alongside ‘strong’ ones, and thus can be deleted. MPEGs trick your ear – or play to its weaknesses. MP3 readers are designed in a way that tries to distract you from the idea that they no longer contain something spinning that holds the music. It is a classic case of the horseless carriage or the electric fire that looks like a burning log. The design still features circular forms that are closely related to the elderly Walkman, and some models even echo the design of the old audiocassettes.

For a long time, mobile phones had to have aerials, even though there was no technical need for them. Manufacturers worried that without antennae the phones would look too much like electric razors. Conceptually the MP3 is the electric razor of music: it upsets the presumption that recorded music is linked to a rigid medium. According to Moby, the packaging and promotion of music no longer have the same pace and place.

A computer can become a recording studio, producing MP3 files to broadcast over the Internet in a single afternoon. But the new technology is also allowing hardware manufacturers more closely associated with the office than entertainment to start making things that are overtly targeted at recreation. Compaq makes a less than convincing MP3 player, and Apple has now got in on the act much more stylishly with the iPod. The musician, a laptop performer, composes music onscreen, fingers moving quickly over the keyboard to correct the frequencies. New sounds are selected from archives containing millions of samples. From a Hendrix solo to the incessant noise of a hydraulic press, everything can be improved, clipped, repeated, twisted or played backward. The sounds are in the air, muddled, rarefied and random, and talent is the only requisite for making them meet successfully. The artist hides. It is no longer necessary to build an image that amplifies the music, which, in any case, does not have to coincide with his or her physical presence.

The dematerialization of music continues with the concealment of its creator: digitally animated cartoons take the place of the members of the Gorillaz; the Red Hot Chili Peppers are represented as characters in a video game in Californication; DJ Shadow, in Rabbit in Your Headlights, is a hobo repeatedly run over in a tunnel; and Moby is a close-up being suffocated by an eye. MTV feeds the media metamorphosis of music on a daily basis. But music as a form of aggregation demands its master of ceremonies and the artist must be feted, as in all disciplines. In this process of elimination, music as algorithm may prove a limitation.

MP3 and the Internet are a powerful alchemy, yet they do not suffice to define all music. The three-dimensionality of music does not lie in the object carrying it, but rather in what it represents. The computer tool acting as a music receptacle has only a two-dimensional personality.

It is important to separate the computer’s function as an instrument for creating music from its role in distribution. The gap is wide. The MP3 is a product that will condition music as much as the first vinyl records and CDs did, but using the computer to generate new music is a creative act.

Music will always have something to make it three-dimensional. We must respect the border defining the different uses of the same instrument, for beyond dematerialised music there may be silence.

Read also: The iPod is now an artifact from a bygone era
Share