From Super Mario to Godzilla: Japan’s new wave of theme parks during Covid

Even in the midst of the pandemic, Japan has continued to expand its theme parks with new attractions inspired by the fictional world. Super Nintendo World is now opening in Osaka. 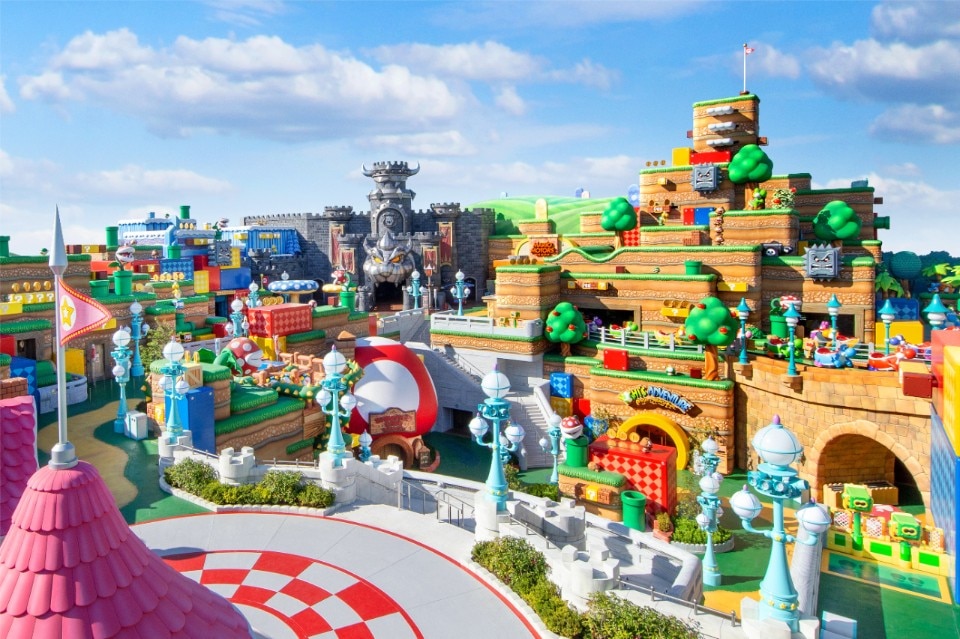 Big times for Mario Kart fans: Super Nintendo World is finally opening in Osaka, Japan, on Thursday 18th March, after a series of delays due to Covid-19. The theme park, a $351 million collaboration with Universal Studios Japan, has been under construction since 2017 and it will bring the iconic video game’s atmosphere to the real-life world thanks to a whole Mario Kart dedicated area.

Attractions like the Princess Peach’s Castle, the Mushroom’s Kingdom, and Bowser’s Castle, will make visitors feel like they are moving through the videogame settings while punching blocks and collecting virtual coins on the way. Some other Nintendo’s most iconic creatures and characters along with themed cafes and restaurants will be featured too.

For the grand opening and in the foreseen future, Universal Studio Japan will limit the number of people allowed into the park as part of Covid-19 containment measures. Yet, that has not stopped the reopening of many other Japanese theme parks last year, and a boom in their expansions with new areas and attractions.

In 2020, a new Godzilla attraction was located inside Nijigen no Mori amusement park, consisting of a 120 metre-tall statue of Godzilla and a 162 metre-long zipline course propelling through its teeth-ridden mouth. And again, last summer Tokyo Disneyland opened an extension with Beauty and the Beast castle and village, while a Doraemon XR Ride was inaugurated at Universal Studios Japan.

It seems like the pandemic did not affect the country’s enthusiasm for amusement parks and that visitors will continue to enjoy these experiences, albeit in smaller numbers and a new set of Covid guidelines (for example, guests are discouraged from yelling or screaming on roller coasters). In fact, while the virus mortality has always kept relatively low in Japan, the country is still racing to bring coronavirus cases under control as it prepares to host this year’s foreign-visitors-free Summer Olympics.